How to Save Money on Child Airline Tickets 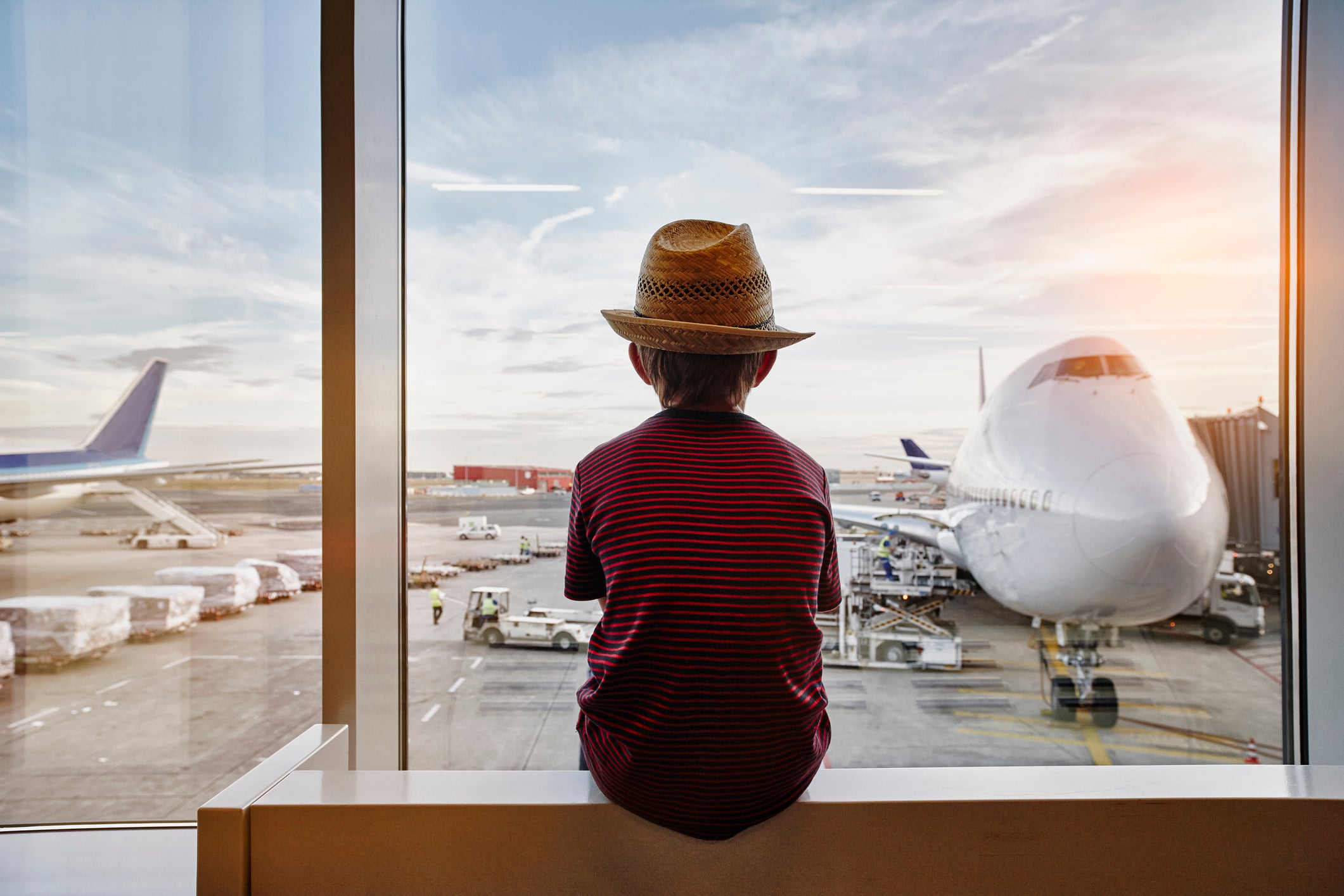 While most families know about lap infant tickets, there is less talk about buying discounted child airline tickets. We all know that we have to start coughing up for a paid ticket once a child turns 2 years old, but not everyone knows that there are discounts for kids in that 2- to 11-year-old range. Not only that, but on the flip side, if you aren't careful about how you search -- child tickets can actually cost more than some adult tickets!

Child discounts aren't only available on international airlines, but are also available on some US-based airlines. Read up on how to make your family's trips a bit lighter on your wallet.

Before we get too far into discount child fares, let's talk about the best price of all -- free. There are some airlines that let kids fly for free even after they are 2 years old. Of course, there are generally caveats and terms to all of this, but the deals do exist.

As of a few months ago, Frontier Airlines introduced a Kids Fly Free program for kids up to 15 years old -- one per paid adult on the reservation. You do need one $60 per year Frontier Discount Den membership per family and only select travel dates qualify, but the program can save a family hundreds of dollars on domestic US airfare pretty quickly.

Another leader when it comes to free children's tickets is Scandinavian Airlines with its periodic kids fly free promotion where you only pay taxes and fees for children (not a fuel charge or base fare). This promotion is not currently available, but TPG Family is always on the lookout for this deal and will alert you if/when it returns. Additionally, Scandinavian gives a 25% discount off some fares for children on an ongoing basis.

Air Tahiti Nui also has an ongoing promo where kids fly free to Tahiti and onto destinations like Moorea and Bora Bora (other than taxes of $102 to $123) from Los Angeles in economy. Note that this must be booked over the phone.

In the past, British Airways has also offered free child tickets for children up to age 11 when traveling with an adult on a paid ticket from London Heathrow to destinations within the United Kingdom such as Edinburgh and Belfast. Qatar has also been known to offer kids fly free promotions.

It never hurts to do a good old-fashioned Google search before booking an airline ticket to see if there are any kids fly free promotions available.

Save Money on Child Airline Tickets

Child discounts are not well published because they often are very much ticket dependent and hold many exclusions. Singapore Airlines has a 25% discount in economy class but not for premium economy or in business class. Airlines such as Air France, Emirates, Latam and Qatar are known to offer child fares on select routes and fares too. Some other airlines have discounted tickets, but they simply aren't available for every itinerary or fare class. (Here's a look at the most family-friendly international carriers.)

Always be sure you are entering your child as a child when searching for tickets on an airline's website as that should trigger the discount if it is available online. However, sometimes you must call the airline to save money on a child's ticket. For example, you may save on a last-minute child ticket booked with Southwest Airlines when lower priced "Wanna Get Away" fares are not available, but only if you pick up the phone and call.

Sometimes an international child ticket costs less simply because the taxes or fees may be reduced for children.

Being based in the UK and frequently flying internationally, I took a child fare discount for granted because children 2–11 have not been charged Air Passenger Duty (APD), a UK government tax on flights departing the UK, since May 2015 as long as they are in the lowest class of cabin (aka economy). From May 2016, children ages 12–15 also stopped being charged APD in the lowest cabin class. APD fees increase for all passengers (other than lap infants) as you move into higher cabin classes.

On a round-trip flight from Boston to London in economy on British Airways, you can spot the $102.02 savings for booking a child ticket. This is due to the reduction in ADP.

A slight help for families when trying to get around the dreaded APD -- or you can always fly into the UK but depart from somewhere near the UK (like Paris) to avoid the fee completely for the whole family.

Airline ticket pricing is not as straightforward as you would think. Google Flights allows you to search for children ages 2–11 but sometimes you get odd results. A TPG reader alerted us to his difficulties booking a trip from Los Angeles (LAX) to Paris (CDG) on American Airlines as his flights increased in price when he switched passengers from adults to children. We found similar results with other airlines.

Searching for two adults going from New York to Paris in October yields the following fares:

When I changed the search from two adults to one adult and one child, the Norwegian and United flights went up in price, while the XL flight went down by $8, enough to get an extra pain au chocolate in Paris.

Digging further, it appears to be a glitch with how Google Flights searches Basic Economy and the lowest price fares that are often excluded from a child discount. Sometimes the lowest price tickets are left off the list, presumably because they do not qualify for a child fare. Instead, they appear to be replaced with a higher priced fare, which results in an adult and child costing more than two adults for the exact same flights.

How to Search for Child Fares

When flying internationally, I suggest first looking up the flights you want based on time, price and stops for your total family size as adults. Then find out if that airline offers a child discount when you delve further into the booking process. Do this by checking the airline's site directly, or potentially picking up the phone and calling the airline to inquire about child discounts.

Also know that you can sometimes save money by searching for airfare for the family one ticket at a time.

If you are flying on miles, also know that some European airlines give award ticket discounts to children. On Scandinavian, children 2–11 enjoy discounts of up to 25–50% on award trips and the Lufthansa group gives a 25% discount.

Will My Child Earn Airline Miles?

For distance-based programs, a child ticket would generally earn the same miles as an adult cash ticket despite its lower cost. However, distance-based programs are becoming increasingly rare. As most US-based airlines mileage is based on price paid for the ticket, not the distance flown, a child fare could earn fewer miles based on the amount of the discount. (Here are frequent flyer programs that allow families to pool miles together to earn awards faster.)

Getting a discount when traveling as a family is always a welcome treat and it is worth checking around to see if you can save a little from a child fare. Just make sure you look out for the pitfalls of searching Google Flights and other aggregators for children's fares.

What has been your experience with child tickets? Have you been able to find any discounts and on what airlines?