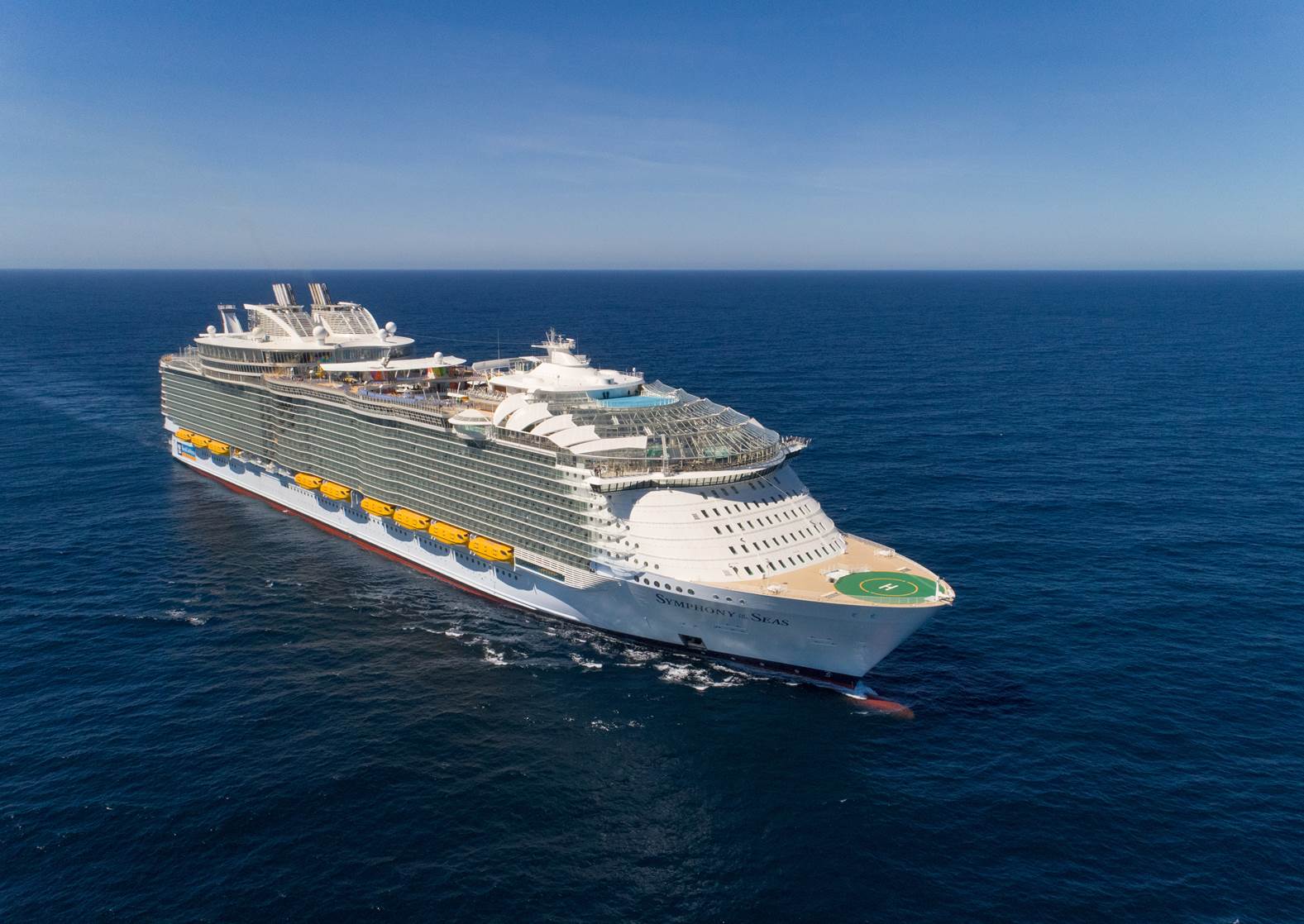 This was supposed to be a big year for big-ship cruise fans.

Back in January, before COVID-19 halted cruising around the world, two of the biggest big-ship cruise lines -- Norwegian Cruise Line and MSC Cruises -- were just starting up sailings with their biggest ships ever. Another major brand, Carnival Cruise Line, was just months away from rolling out its own record-sized vessel.

Royal Caribbean, too, had just brought out a new giant of the seas just 21 months earlier.

In short, until the new coronavirus hit, the year was shaping up to be a particularly exciting one for big-ship lovers who always want to be on the latest-and-greatest vessels.

The excitement, alas, got squashed with the arrival of COVID. But the Year of the Big-Ship Bonanza hasn't been canceled. It's just been postponed.

Already, one of the vessels -- MSC Grandiosa -- is sailing again in the Mediterranean, albeit on cruises that only are open to residents of Europe's Schengen countries.

Two more of the ships -- Norwegian Encore and Royal Caribbean's Symphony of the Seas -- could be back in operation as early as November. The new Carnival ship, Mardi Gras, is now set for a maiden voyage in February.

All four of the vessels, moreover, currently are open for bookings well into 2022. Indeed, Mardi Gras is available for booking through April 2023. In other words, you may not be able to sail them now, but it's not too early to start making your plans to sail them down the road.

The newest giants of the seas

The four ships mentioned above aren't the only giant new cruise vessels to debut in the last year or two. Europe-based Costa Cruises and Aida Cruises also have unveiled massive new ships since 2018 that rank among the 10 biggest cruise ships ever built -- Costa Smeralda and AIDAnova. We aren't including them here as they primarily are aimed at a European crowd. AIDAnova, in particular, is designed just for the German-speaking market.

As a group, the four new vessels that we are highlighting are a diverse lot. In design, they vary widely, with significant variation in top attractions, cabin styles and atmosphere. One of the ships, Norwegian Encore, is known for one of the most unusual deck-top attractions at sea: a two-deck-high go-kart track. Another vessel, Symphony of the Seas, has its very own zip line.

But what they all have in common is that they are among the biggest floating resorts on the planet.

Every one of the vessels can hold more than 5,000 people with every berth filled. One of them can carry nearly 6,700 people. All of them offer dozens of restaurants and bars, Broadway-style entertainment, casinos and lots of deck-top attractions.

If that makes them sound like they're floating versions of the giant resort hotels you see in places like Las Vegas or Orlando, that's because that's exactly what they are.

To put it another way, these are ships that aren't for people who like intimacy in a vacation. If you’re that kind of traveler, you probably should stop reading right here. But if you’re a fan of big, bustling resorts with every sort of amusement known to humans, and you’re open to the idea of cruising, these vessels just might be a new contender for your vacation dollar (or your points and miles).

Fast-growing MSC Cruises has been rolling out ever bigger ships in recent years, culminating last November with the unveiling of the appropriately named MSC Grandiosa. The "grand" new flagship of the line is the biggest MSC Cruises ship ever at 181,543 tons -- and the seventh-largest cruise vessel ever from any line.

With a length of 1,086 feet, MSC Grandiosa is a stretched version of MSC Meraviglia and MSC Bellissima – the previous size leaders at the line. Like the two earlier ships, its most notable feature is a massive interior promenade lined with bars, eateries and shops covered with a dazzling "digital sky" made with LED screens. But the version of the promenade on MSC Grandiosa is even more, well ... grand.

A sister ship called MSC Virtuosa is due in 2021, with a third vessel in the series coming in 2023.

The details: MSC Grandiosa mostly sails seven-night voyages in the Western Mediterranean out of Genoa, Italy, and other ports. Fares start at $349 per person, not including taxes and fees. Information: 877-665-4655 or msccruisesusa.com.

This giant new Carnival ship isn't in operation yet, but it will be soon, and it'll be like nothing Carnival fans have ever seen. Scheduled to debut in February, the 180,000-ton vessel will be nearly 35% bigger than the biggest Carnival ship currently afloat, the just-unveiled Carnival Panorama, and one of the 10 biggest cruise ships ever from any line.

This a big deal for Carnival. The line until now has resisted the trend among major brands to build ever-bigger vessels. Carnival Panorama doesn’t even crack the top 40 list of biggest ships.

Carnival is entering the Big Ship Wars with a splash, adorning Mardi Gras with the first roller coaster at sea (no, this is not a joke). The ship also will have Carnival’s largest waterpark ever, a far broader array of suites than earlier Carnival ships and new dining venues such as the first Emeril Lagasse restaurant at sea.

Mardi Gras will hold up to 6,630 passengers per sailing with every berth filled.

The details: Mardi Gras will sail six- to eight-day voyages to the Bahamas and Caribbean out of Port Canaveral, Florida. Fares start at $539 per person, not including taxes and fees. Information: 800-764-7419 or carnival.com.

Symphony of the Seas

Call it the grande dame of the megaship world. While more than two years have passed since Royal Caribbean unveiled this 228,081-ton giant of the seas, it's still the undisputed size leader in the cruise world -- and it will be for at least until 2022.

Eighteen decks high and nearly 1,200 feet long, Symphony of the Seas can hold up to 6,680 passengers at maximum occupancy -- an astounding number. But it's not just its capacity that sets it apart. The fourth vessel in the line's groundbreaking Oasis Class series of ships also offers a never-before-seen array of onboard attractions.

Like most of its sister vessels, Symphony of the Seas has three pool areas, a giant waterslide complex, rock climbing walls, surfing simulators, a miniature golf course and even an ice skating rink. But it also is home to such new attractions as the largest family suite at sea.

A fifth, even bigger Oasis Class vessel -- Wonder of the Seas -- is expected to debut in 2022. The vessel currently is under construction at a shipyard in France.

The details: Symphony of the Seas mostly sails seven-night voyages to the Caribbean out of PortMiami in Florida. Fares start at $741 per person, not including taxes and fees. Information: 866-562-7625 or royalcaribbean.com.

At 169,116 tons, Norwegian Encore isn’t quite as super-sized as the three ships above. But it’s right up there among the biggest of the big of the new crop of giant floating mega-resorts, and it's the biggest ship ever for Norwegian -- a brand that has embraced the bigger-is-better worldview with gusto in recent years.

Norwegian Encore is big enough to have room for an entire go-kart track and laser tag area on its top deck -- yeah, these are now things on cruise ships. And there's plenty of room to spare for pools, waterslides and a kiddie splash zone.

Norwegian Encore also is home to nearly 30 eateries, lounges and bars; Broadway shows; a sprawling spa; a casino that fills half a deck; and more than 2,000 rooms.

Norwegian Encore is a slightly bigger version of three other Breakaway-Plus class ships that Norwegian has unveiled since 2015 (thanks to a small addition at its back to make room for the laser tag area). It can hold more than 5,000 passengers with all berths filled.

The details: Norwegian Encore spends its summers sailing to Alaska out of Seattle. For the rest of the year, it mostly sails to the Caribbean out of Miami. It also has some cruises out of New York on the schedule. Fares start at $639 per person, not including taxes and fees, for a seven-night cruise to the Caribbean. Information: 866-234-7350 or ncl.com.