11 most underrated destinations in France

Articles
Lori Zaino is a writer for TPG and TPG UK covering travel, news, points and miles and more. She's been based in Madrid, Spain almost 15 years and is an expert in travel throughout destinations such as Europe, Southeast Asia and Africa.
Follow
Aug. 11, 2022
•
10 min read 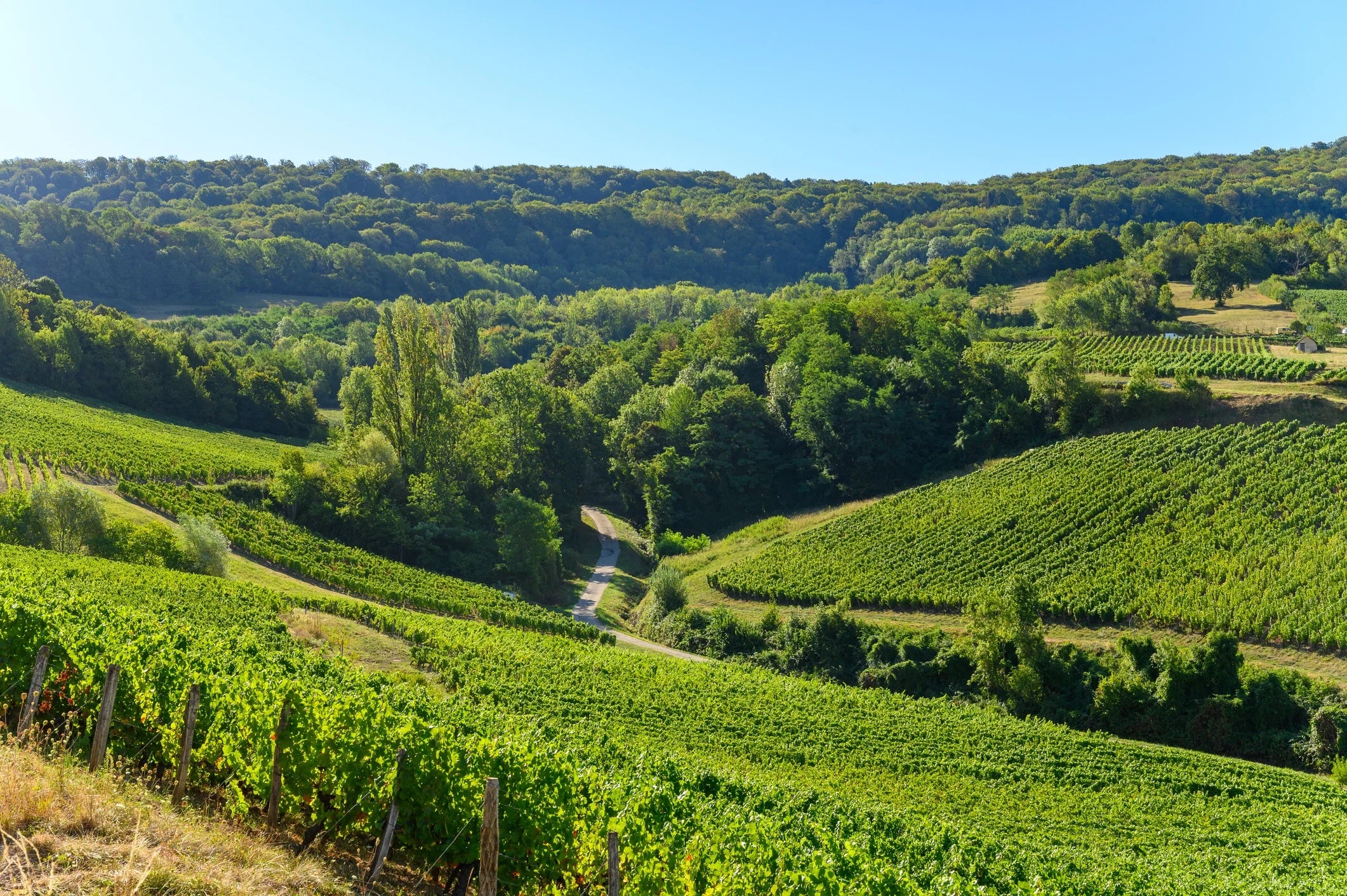 Vacations in France often mean a weekend jaunt to Paris or a glamorous sunshine holiday in Cannes. However, there’s so much more to the country than the Eiffel Tower and the French Riviera.

Since France lifted all COVID-19 restrictions for international travelers, now could be the perfect time to plan a trip to some of the country's more overlooked and off-the-beaten-path destinations.

From rural wine regions and stunning natural wonders to secret (and not so secret) French islands, these are 11 of the most underrated destinations in France.

Getting from the U.S. to France is simple, especially if you’re planning to fly to Paris and rent a car to visit other spots in the country.

United Airlines, Delta Air Lines, British Airways and Air France, among others, all fly nonstop between major U.S. cities and Paris at various times per day.

Related: Paris is reopening June 9 – here’s how to fly there for just 45,000 miles round trip

We couldn’t choose just one of these charming towns in southern France, so you might just have to visit all three.

Arles is home to both a Roman amphitheater and Roman theater, among other ruins. In fact, the entire area is considered a UNESCO World Heritage Site. The town’s tourism board also offers a self-guided Van Gogh Walking tour since Arles inspired more than 300 of the artist’s works in the late 19th century.

Nimes also has its fair share of Roman ruins, including an amphitheater and Roman aqueduct, the Pont du Gard. The city also features the Jardins de la Fontaine, a regal green space rumored to be Europe’s first public garden.

Avignon, less than an hour up the Rhone River from Arles, is home to the famous Palais des Papes, the site of the Roman Catholic Papacy in the 14th Century. Families with small children should see the area via the Petite Train, a small train that takes tourists to see Avigon’s sites.

This UNESCO Biosphere Reserve located in the south of the country in Lozère is proof that France has so much to offer beyond just the south’s French Riviera.

The national park boasts natural wonders like the Aven Armand limestone cave with massively large stalagmites, and the Gorges Du Tarn, a deep canyon that towers over quaint French villages and the Tarn River.

With numerous hiking trails and walking routes, it’s easy to get a dose of French greenery on foot, but you can also explore the park by car. Make sure to visit the fairy tale village of La Malène, which sits in the shadow of the Gorge.

Other worthwhile stops are Castelbouc, another stunning village built into the Gorge’s rock, and Sainte-Enimie, where you can rent kayaks or canoes and paddle down the river.

When art and nature meet: Giverny

Fans of impressionist painter Claude Monet should consider a daytrip from Paris to see the famous gardens of Giverny, which inspired the artist to paint his iconic water lily series. The gardens feature the iconic Japanese bridge, which art lovers may recognize from Monet’s works.

While the village is famous for its gardens, art enthusiasts can also enjoy the Impressionism Museum and the Claude Monet Foundation, as well as private galleries. For a stroll, enjoy many quaint walking paths with country views in Giverny and the nearby town Vernon. They are reachable by train from Paris in less than an hour.

While you’ve likely heard of Corsica, you may have never considered it for a holiday. Those planning summer jaunts often select the French Riviera, Spain’s southern coast or Italy‘s famed tourist spots like Capri or the Amalfi coast.

However, Corsica is an idyllic island, especially in the shoulder seasons like September and May when it feels delightfully wild and void of tourists.

For scenic views, visit the Calanques de Piana. These iconic red cliffs loom over the Mediterranean Sea and are part of a UNESCO World Heritage Site that includes the Gulf of Porto.

Don’t miss the quaint Genovese-inspired harbor of Bonifacio in the south of the island, or the white sands and green pines of Plage de Saleccia in the north.

Related: Beyond Paris: Choose from these 10 beautiful French islands for your next holiday

Wine and mustard: Jura and Dijon

Jura is one of France’s smallest wine regions, producing the one-of-a-kind, almost nutty-flavored Vin Jaune. The "yellow" wine is actually a white wine that’s closer to sherry than anything else, as it’s aged under a filter of yeast called a voile.

The region’s hilly terrain makes for a perfect vacation. Drive through the verdant, rolling hills and explore the vineyards, which sit at the base of the Jura mountains. It's one of the few wine regions to host a winter wine festival. The La Percée du Vin Jaune is set for celebration in February 2023 in the village of Cramans.

The nearby town of Dijon (yes, home of the mustard) is an ideal base to discover Burgundy’s wines. From there, you can set off on the wine trail called La Route des Grands Crus, which runs through almost 40 different wine villages, UNESCO World Heritage sites and gorgeous, rural French landscape.

If you find the mustard intriguing, visit the Musee de la Vie Bourguignonne, where you can learn more about the history of the town and its famous, delicious condiment.

For a picturesque island escape, head to the Nantes region of France, where you can catch a ferry to Teu from ports such as Fromentine or Saint Gilles Croix de Vie.

If you’re an #AvGeek or you just want to arrive in style, take a helicopter to the island from La-Barre-de-Monts. You can also take air tours and flight lessons over the Ile d’Yeu.

Because it’s the second-farthest island from the French mainland, Ile d’Yeu feels more remote than many of the other French islands, perfect for explorers who want to get away from it all.

Ile d’Yeu has much to offer visitors including sandy beaches, more than 40 cycling routes, quiet fishing villages and ruins of historic forts and old castles. Walkers can take advantage of group walking tours in different areas of the island; they can also explore spots lighthouses, woodlands and one of the most beautiful beach coves on the island, Belle Maison.

Colmar gets all the fame, but Eguisheim is another one of Alsace’s German-inspired villages, so try to visit them both. Popular among the French, who’ve voted the village one of the country's most beautiful, Eguisheim is home to medieval courtyards, cobblestone streets and colorful Swiss-German architecture will charm any traveler.

Make sure to head up to the three castle towers on Schlossberg Hill, which overlooks the village. Eguisheim has many small wine bars, tasting rooms and wine caves. The surrounding area offers a number of beautiful domains and vineyards perfect for tours and tastings.

The glittering coast of St. Tropez isn’t the only spot in France with a beautiful beach. An alternative to the popular Lake Annecy, Lake Bourget is one of France’s deepest and largest lakes. It features an inviting, sandy shoreline with the backdrop of the Jura Mountain range.

When you're not swimming, you can bike or stroll around the lake’s paths. You can also hike up (or drive, if you don't want to break a sweat) to various viewpoints to admire the lake from up above, such as Mont Revard on the east side of the lake.

Just a short drive away from the lake, nature enthusiasts can hike and stroll in the Massif Des Bauges Natural Reserve.

Related: Skip the seaside and visit these European lakes instead

France is full of alluring destinations, from popular hubs like Paris and St. Tropez to tiny villages, far-flung natural wonders and wild islands.

Visitors can (and should) try to see as many as possible. There’s nothing wrong with a holiday in a more popular French destination. However, if you want to sample the best of France’s hidden gems (and some of their lesser-known wines, too), check out some of the areas on this list.

Related stories
The ultimate guide to earning elite status with United cards
American Airlines forgot it had landing slots at JFK. Then it lost some of them
After 19 months, United Airlines is officially suspending flights at New York's JFK airport — again
17 ways to earn lots of Marriott Bonvoy points
Featured image by Photo by barmalini/Getty Images
Editorial disclaimer: Opinions expressed here are the author’s alone, not those of any bank, credit card issuer, airline or hotel chain, and have not been reviewed, approved or otherwise endorsed by any of these entities.