These are the best times to visit Disney World 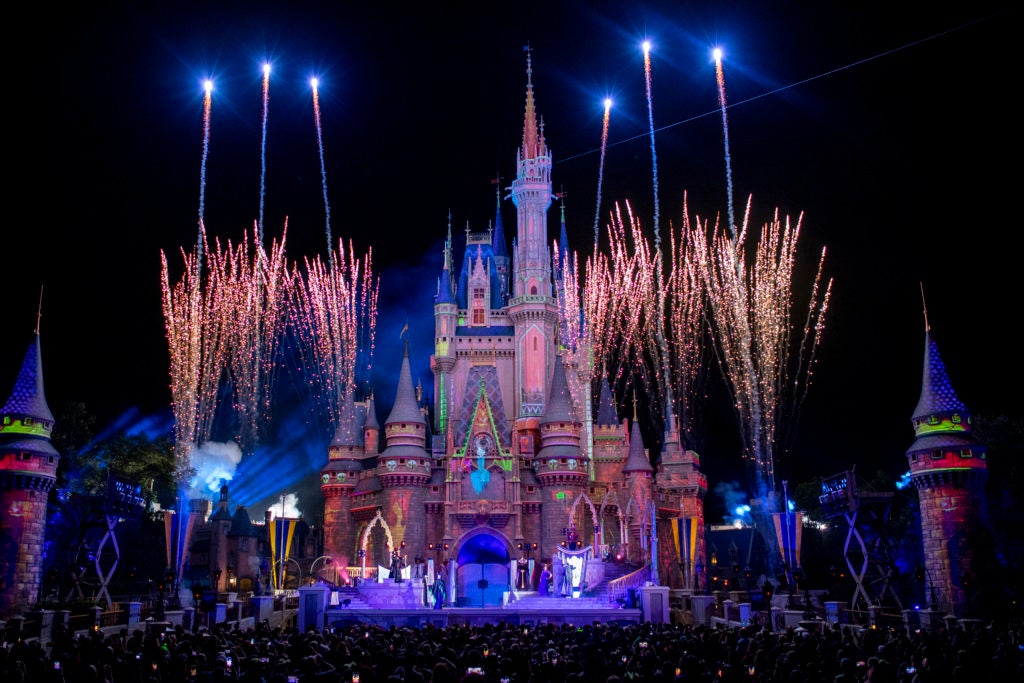 There's no bad time to visit the Walt Disney World Resort in Florida -- but some times are better than others. After the closure of Walt Disney World in mid-March because of COVID-19 concerns, many would-be visitors are probably looking to reschedule trips, so now is a good time to revisit the best times of the year to visit Disney World.

Every day is magical at Disney World (once the gates reopen, of course), but some days have higher odds of thunderstorms, temperatures exceeding 100 degrees or five-hour waits for rides than others.

A Disney World vacation is optimal when prices are lower, the thermometer hovers between 70 and 80 degrees and the crowds are thinner. There's no true off-season at Disney World, but there are times of the year when those favorable conditions are more likely to occur.

Best time of year for weather at Disney World

This will shock exactly no one, but it's hot in Orlando in summer. Temperatures typically sizzle in the 90s during the day and the humidity surges up to 100%, according to Weatherspark.com. Those factors combine to create a heat index that can exceed 100, according to the National Weather Service.

From June through August, you’ll get a break from the heat most afternoons for an hour or so ... during monsoon-like rains with thunder and lightning. Once the storms end, you’ll be comfortable outdoors for about another hour before the oppressive heat return — but expect some extra humidity while everything is damp.

For the best weather at Disney, visit between late fall and early spring. Beginning at the end of October and lasting until late March, you can expect sunny skies and moderate temperatures on most days. Hurricane season runs from June through November, but it's rare for a storm to significantly affect Disney World, though it does happen. It also occasionally gets cool in the winter, but usually not uncomfortably so if you just pack a jacket. Plus, the cold rarely sticks around for more than a day or two.

FOR NO-COST ASSISTANCE WITH PLANNING AND BOOKING YOUR NEXT DISNEY VACATION, CHECK OUT TPG'S DISNEY BOOKING PARTNER, MOUSE COUNSELORS.

Price aside, plan your visit around what you like to do. Waterparks are most appealing during the hot summer months (and Disney has some really great waterparks) unless you're OK shivering in the pool. Golf is best in spring and fall – unless you like hitting the greens in the cool of dawn. If you're headed to the massive ESPN Wide World of Sports complex, time your visit by the calendar of events to watch tournaments you’ll enjoy. And if someone invites you to a wedding at Disney’s Wedding Pavilion or elsewhere, bring a hat for the sun and a sweater for the air-conditioning.

From themed parties to food and wine festivals, special events are big at Disney World and the best time to visit could be when your favorite event is on.

Learn new gardening techniques and see detailed topiaries that resemble Disney characters at the Epcot International Flower & Garden Festival. It runs more than a dozen weeks and features not only Disney topiaries, but also festival-specific eats and concerts by your favorite bands from the '70s, '80s and '90s.

There are fewer events during the summer at Disney World, in part because the parks are already filled with families on summer vacation. For a few days every summer, however, the LGBTQ community holds its Gay Days gatherings in Orlando. That event can draw tens of thousands of excited visitors and increase attendance at the designated park each day.

Alternatively, pack a costume and join the ghoulish crowd at Mickey’s Not So Scary Halloween Party, a ticketed evening at the Magic Kingdom that runs from August until Halloween.

Starting the day after Halloween, Disney magically transforms overnight from a spooky destination to a winter wonderland. Mickey’s Very Merry Christmas Party at the Magic Kingdom is a great way to get into the holiday spirit. This party is a ticketed event at the Magic Kingdom that runs from November through Christmas. Disney also embraces the holiday spirit at the Epcot International Festival of the Holidays with several global incarnations of St. Nick, plus the Candlelight Processional nightly that features celebrity readings of the biblical story of the birth of Christ.

Of course, there are holiday decorations all around the Disney World theme parks and resort hotels from early November until early January.

When Disney World crowds are smaller

You can’t completely escape the crowds at Disney World. Its four theme parks get roughly 60 million visits through the virtual turnstiles a year, according to the Theme Index and Museum Index of the Themed Entertainment Association. That’s not even including folks who show up only for the golf, waterparks, shopping, dining, spas, wedding pavilion, entertainment and conferences. The Orlando area in total receives approximately 75 million visitors annually.

During big holidays, such as around New Year's Eve, Disney World gets so packed that the Magic Kingdom -- the most iconic of the theme parks – can reach maximum capacity. The sister parks, Disney’s Hollywood Studios, Disney’s Animal Kingdom and Epcot, draw hordes, too. You’ll wait (much) longer for rides, food and character encounters. Frankly, on the most crowded dates, your experience will be nowhere near as enjoyable as on a less busy day.

Related: Is a Disney World annual pass worth it?

Although it isn't always feasible, try to visit when most kids are in school to avoid the worst crowds.

The ideal times are weekdays during the week or two after Thanksgiving break, before families descend for winter break. The weather will be cooler and the lines will be shorter.

The weeks after Labor Day but before school breaks begin in the fall can also be good times to avoid crowds -- just know that September weather is still steamy in Orlando.

Other less-busy times can be in late January and early May -- again, especially during the midweek days. Use the crowd calendars on Undercover Tourist for a crowd estimate on any given date.

It’s no coincidence that when the crowds are lighter, ticket prices are lower. In late 2018, Disney World moved to a ticket pricing system that features higher prices on some dates than others.

On less-busy midweek dates in September, for example, you can find single-day tickets for $109. However, during peak demand times between Christmas and New Year's Eve, ticket prices can jump to $159 per day. Weekends also tend to cost more than weekdays.

You’ll save in subtle ways, too. Notably, buffet restaurants and character meals can cost a tad less during so-called "value seasons" than during peak times -- they can also be easier to get into.

If you have the luxury of flexible dates, you can find cheap flights to Orlando International Airport (MCO) during those slower times at the theme parks. According to statistics from the flight search engine Skyscanner, January after New Year’s Day through early February has the least-expensive airfare to MCO from major U.S. cities coast to coast, with September a close second.

Related: How to find cheap airfare

When hotel prices are lower

Disney has more than 20 hotels and vacation villa resorts that provide extras such as complimentary transportation to and from the airport; extended hours in the parks; and the ability to book FastPass+ reservations further in advance. As with all hotels, prices ebb and flow with demand -- and this includes when you book with rented Disney Vacation Club points.

Disney World’s value hotels such as Pop Century or Art of Animation offer prices that can start at or below $100 per night during the slower season. During peak season, even those value resorts can see rates start around $300 per night.

If you have your eye on a deluxe resort -- such as Disney's Animal Kingdom Lodge, the Contemporary or the Riviera Resort -- prices can start under $300 per night during the slow season and soar to over $500 per night during peak periods.

Related: How to save money at Disney resorts by renting DVC points

During less busy times of the year, Disney offers free Disney Dining Plans for eligible reservations, so that's another factor to consider.

How many Marriott points it will cost to stay in the on-property Disney Swan or Dolphin properties also varies based on standard, peak or off-peak dates, so when you go will affect the total cost of your trip to Disney World.

Related: How much does a trip to Disney World cost?

We hesitate to say there's a bad time to visit Disney World, but there are times that are definitely less crowded and easier to enjoy. By finding the sweet spot for your schedule, factoring in Disney's slower seasons and any special events you want to experience, you can maximize the magic while saving money — and your sanity.