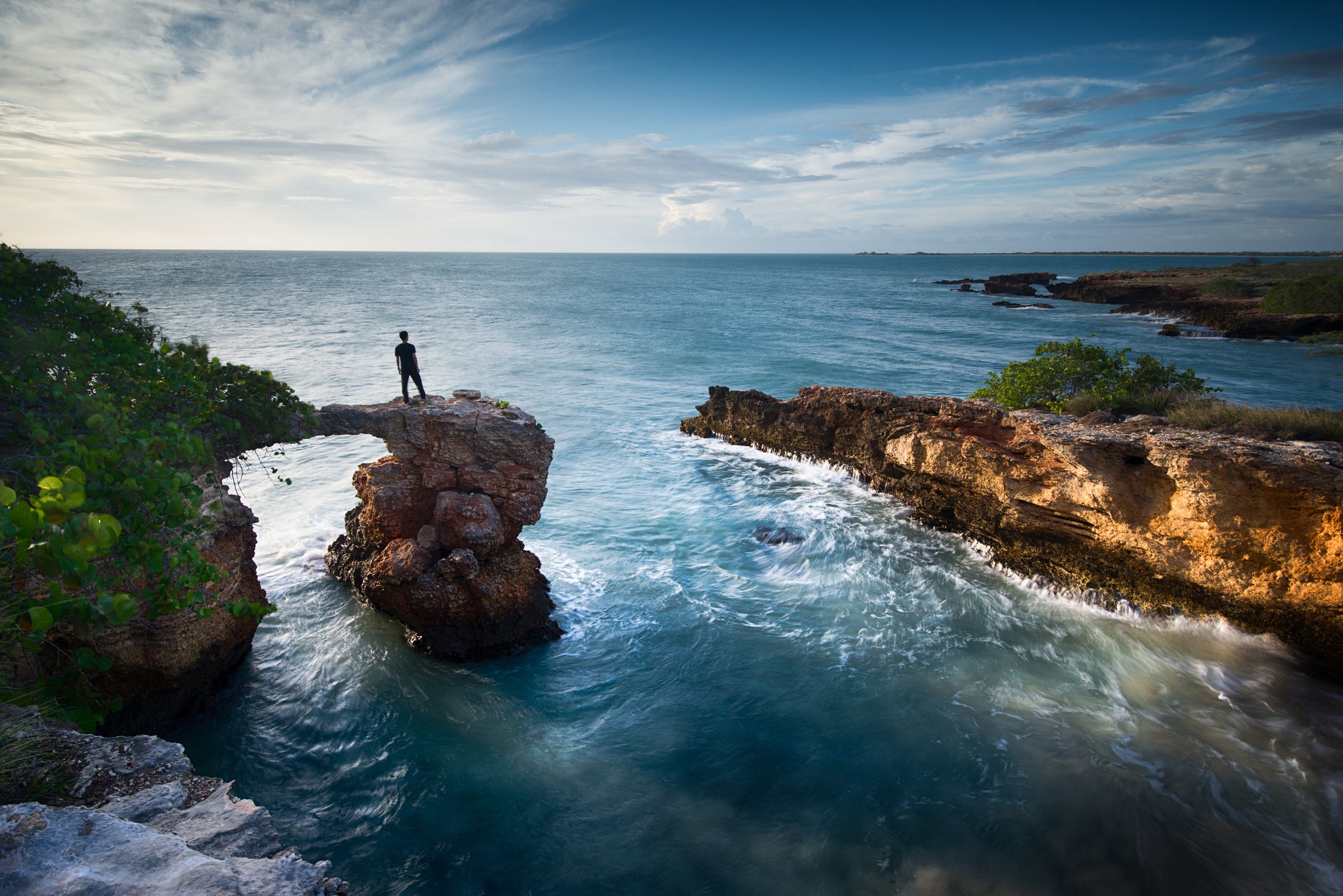 Editor’s note: This post has been updated with Puerto Rico's latest conditions and new attractions. It was originally published on Jan. 18, 2018.

The past few years haven’t been easy for Puerto Rico. First, the island experienced one of its most severe droughts in decades. Then came Hurricane Maria — the worst storm in 85 years, which blew out the island’s power grid and transformed San Juan’s streets into rivers. An influx of relief efforts from celebrity chefs like José Andrés helped revive the island as it struggled to get above water. But then Puerto Rico was rocked once again by a series of earthquakes.

Since these events, the island has risen like a phoenix from the ashes as locals have worked to rebuild hotels and restore damaged stretches of national parks. A slew of new points hotels recently opened their doors and a new entertainment district is about to debut, so there’s never been a better time to visit the island. Below, we’ve pulled together eight of the many reasons Puerto Rico is worth visiting. Hint: Mofongo is involved.

Check out TPG's Puerto Rico hub that explains why now, more than ever, it's a great time to be a tourist on the island.

Related: These spots in Puerto Rico are spring break ready

Puerto Rico features more than 130 hotels that range from historic beauties in the heart of Old San Juan to luxury digs along the beach. Several points hotels have recently reopened, including the InterContinental San Juan on Isla Verde Beach; The St. Regis Bahia Beach, which received a $60-million renovation; the iconic Caribe Hilton, the first international Hilton hotel, and Condado Plaza Hilton near Old San Juan.

If you haven’t discovered one of Puerto Rico’s most famous dishes, you’ll be hooked from the first bite. You’ll find this mound of mashed fried plantains on almost any menu on the island, with some of the more upscale spots adding a gourmet spin to the traditional dish.

Puerto Rico, the birthplace of the piña colada, is known for its buzzing nightlife in the capital city, San Juan, where streets lined with bars beckon travelers with some of the best rum in the world (speakeasy La Factoría consistently ranks one of the world’s best). No surprise Puerto Rico is considered the Rum Capital of the World, since the largest rum distillery on the globe, Casa Bacardi, which produces 85% of Bacardi rum, is located on the island’s northern coast in Cataño.

Because Puerto Rico is a U.S. territory, Americans don’t have to flash their passports when arriving (or go through customs and immigration, for that matter). Even better, travelers don’t need to exchange currency. Cell service can be spotty on some of the more remote stretches of the island, but you should have perfect reception in town -- and calls from the island count as domestic -- so, no need to pay for an international plan.

Puerto Rico is home to 20 state forests and three bioluminescent bays where you can kayak along glowing waters.

Plenty of other natural attractions also await, from catamaran rides in Fajardo to trail rides along the northwestern coast in Isabela and rainforest ziplining in Rio Grande. The island of Culebra, 20 miles off the coast of Fajardo on the east side of Puerto Rico, is home to white-sand beaches -- including one of the world’s most stunning, Flamenco.

You’ll also find 20 cays flanked by barrier reefs that offer some of the best snorkeling in Puerto Rico. Back on the main island, there’s one don’t-miss attraction: cruising the waters of Vieques Bioluminescent Bay, one of five in the world.

Miami may be considered one of the world’s street-art capitals, but Puerto Rico’s scene is the most happening in the Caribbean. In January, the Blank Canvas Initiative brought international artists Maya Hayuk and the 1UP Collective to the island to collaborate on murals during the Fiestas de la Calle San Sebastián festival in Old San Juan.

One neighborhood that’s being compared to Miami’s Wynwood and Chicago’s West Loop is San Juan’s Santurce, where the island’s street-art movement is said to have started. Now it’s one of the largest arts districts in the Caribbean, home to galleries and museums, as well as open-air murals by local artists like Alexis Bousquet, Bob Snow, Celso, Vero Rivera, La Pandilla and Defy. Start your tour at Calle Cerra, where the greatest collection of graffiti art is found and where the annual street-art festival, Santurce es Ley, began nearly a decade ago.

In San Juan, the new El Distrito is poised to be an island version of Las Vegas, with more than 62,000 square feet of restaurants, bars and lounges; a Kidz Zone entertainment center; the Coca-Cola Music Hall performance space, which can hold 6,000 people; an eight-screen, state-of-the-art cineplex, and the first permanent augmented reality zipline experience in the world. Over at ToroVerde Adventure Park, you’ll also find a zipline that’s the longest in the Americas: the 1.5-mile-long El Monstruo, which reaches speeds up to 95 miles per hour.

Last April, the island’s first culinary farm lodge, El Pretexto, opened its doors in the Cayey Mountains. The female-owned operation features three private villa lodges, plus an orchard, beehive and farm -- all overlooking views of the southern coast of the island. Time your visit when the bed and breakfast hosts its monthly pop-up feasts with some of Puerto Rico’s best chefs, like James Beard Award nominee, Vianda’s Francis Guzmán.

Miami may seem like the perfect warm-weather escape for snowbirds, but just a few weeks ago this beach locale was a chilly 41 degrees. The nearby island of Puerto Rico, however, averages in the 80s throughout the year (although higher elevations are slightly cooler). Even when it’s rainy season — from April to November — storms tend to hit during the afternoon and don’t last very long.

For more ideas on places to stay and things to do in Puerto Rico, check out our post Tips for visiting Puerto Rico on a family vacation and These Spots in Puerto Rico are Spring Break Ready.