Best coastal hotels to visit during your next seaside getaway 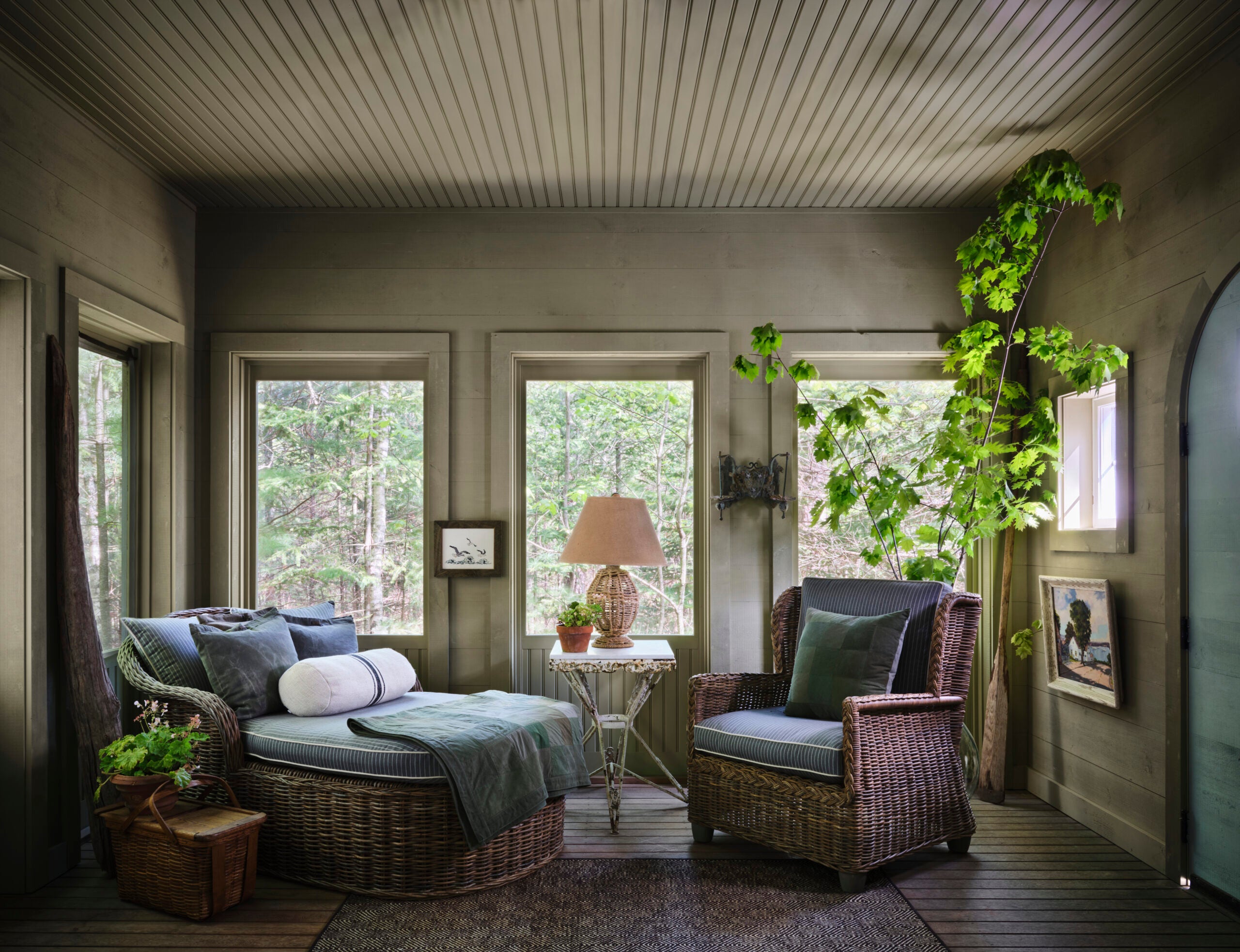 The moment the audience saw Diane Keaton's kitchen in the iconic film “Something’s Gotta Give,” an aesthetic was born. The earth tones, the double islands in the kitchen and the beachfront property location made this space practically the third star of the film after Keaton and Jack Nicholson.

Flash forward 20 years and the coastal design dream — led by the film’s director Nancy Meyers, who amassed a following for the luxe house vibes in her other movies like “The Parent Trap” and “The Holiday” — inspires the masses.

These days, the life of the coastal grandmother is what millennials to Gen Z’ers are vying for: the white linen, the clean lines, the midcentury modern appliances that seamlessly fit into a home.

If a full home remodel isn’t in the budget, don’t despair. We found the best coastal hotels that give those Meyers vibes. At these properties, you can live out your bougie grandmother's dreams — and maybe even gain design inspiration for your next home renovation.

In the original coastal hotel, the Shore House (opening in fall 2022) will be the newest neighborhood in this 1880s Victorian beachfront oasis.

The lobby's open concept flows seamlessly from one room to the next. But the crowning jewel is the Shore House Bistro Restaurant, which matches the intent of a large kitchen in a coastal house where you can easily see yourself opening a bottle of chardonnay with an accompanying cheese board for guests.

Vacation rental rates per night start at $1,386 for an Ocean View Residence or 549,000 Hilton Honors Points.

A walk through the double doors of Hotel Oceana is a breath of fresh air. This hotel sanctuary is steps away from the hustle and bustle of Santa Monica Beach.

We love the natural ocean color palette, as well as the courtyard hotel pool where you can sink into a comfy, modern beach chair big enough for the whole family. The highlight of the hotel, though, is the four-poster beds with balcony swings overlooking the Pacific Ocean. What’s not to love?

For a coastal hotel that’s not directly on the beach but gives you cliffside views of the Pacific Ocean with quick access to hiking trails, check into The Heritage House in Northern California.

Sitting with your morning coffee in an Adirondack chair overlooking the rugged Pacific Coast cliffs is the best way to start your day. It also helps that there are 10 award-winning wineries no more than a 45-minute drive from the property.

If open concept coastal living with a dash of 1920s art deco design is your vibe, you'll find it at Hotel Theodore.

Head to this brand new property in Kenmore, Washington, if the coastal hotel of your dreams is a property that's far away from any type of beach. It's tucked within the 326-acre St. Edward State Park.

The property's 84 rooms and suites epitomize high-end coastal design, but with a darker ambiance compared to the bright whites and blues of traditional beachfront properties. Travelers will keep coming back for its charm.

Sleep like an Astor or a Vanderbilt at the Hotel Viking, a Newport, Rhode Island, hotel that dates back to 1926.

On Newport’s famed Bellevue Avenue amid mansions from the Gilded Age, the Hotel Viking features accommodations from cozy guestrooms to a two-bedroom suite. Rooms feature clawfoot tubs, a fireplace and Egyptian linens fit for the poshest of coastal grandmas.

TPG found rates in the mid-$400 range next summer, but they can quickly go north of $600 during peak travel weeks.

Summer camp gets a very chic upgrade at this luxury resort in Kennebunkport, Maine.

Hidden Pond’s embrace of nature ranges from the wood cabin vibes at farm-to-table restaurant Earth to a newer offering, The Bungalows by Todd Snyder.

Designed in collaboration with menswear designer Todd Snyder, these private getaways feature stone fireplaces, off-white hardwood floors, cozy seating areas and oyster shell wallpaper from artist John Derian — a reminder that, while Hidden Pond might be tucked away in the woods, you are just a short drive from the beach.

Room rates average $1,200 per night during the summer travel season and $800 in the fall and spring, a spokesperson told TPG.

Blue – Inn on the Beach on Plum Island features everything from charming cottages (one is even dog friendly) to delightful guest rooms and sprawling suites with ocean views in the main building across the street. As the name might suggest, the color palate here sticks to pops of blue amid seaside white.

Feel free to sleep in, as breakfast is left in a basket outside each room every morning, or cozy up in the hot tub looking out on the Atlantic during brisk evenings. It goes without saying: Blue is equally as stunning in warmer months, too.

While rates can quickly soar over $1,000 a night for select rooms in the summer, TPG found rates beginning at $339 a night in November.

Sometimes a coastal grandmother just wants to feel truly glamorous, and there’s no better place to achieve that than at Chatham Bars Inn, situated on the Atlantic Ocean side of the elbow of Cape Cod.

The rooms are pricey — usually in the high three digits to around $1,000 per night in peak season (with potential spikes to around $2,000) — but the service and ambiance are legendary.

CBI’s spa features an adults-only pool, a Japanese zen garden for outdoor treatments in cabanas, as well as other amenities like a sauna and steam room. There are even spa suites with private saunas and steam showers for guests to book for more of a wellness-minded stay.

Other accommodations include ocean-view suites and guest rooms, and cottages that also face the Atlantic or CBI’s lush gardens. Even in the offseason, a personal favorite is grabbing New England fare at The Veranda restaurant overlooking the Atlantic Ocean — the lobster roll just tastes all the better with a view.

Not everyone wants to splurge on something like a stay at the Chatham Bars Inn when it comes to a coastal getaway, and they don’t have to. The same team behind Hidden Pond also operates Hotel Bethany Beach — a recently renovated and opened hotel two blocks from Delaware’s Bethany Beach.

The coastal feel of guest rooms is relaxing, and a family suite that includes two queen-sized beds and two twin beds makes this a hotel great for a family beach getaway. Other homey offerings include free breakfast, complimentary afternoon refreshments and fresh cookies and cocktails upon arrival.

There’s even a seasonal beach concierge for those who book directly through the hotel reservation system — a reminder that chic, coastal living doesn’t have to mean an exorbitant cost. TPG found rates under $200 a night even during the peak summer travel season.

Related stories
Legislation that could gut credit card rewards set to move through Congress
Would you stay at 1 of these 8 haunted hotels this Halloween?
Southwest winter flash sale: Get one-way flights for as low as $29
You can currently buy points and miles with up to a 100% bonus — but should you?
Featured image by KENNEBUNKPORT RESORT COLLECTION
Editorial disclaimer: Opinions expressed here are the author’s alone, not those of any bank, credit card issuer, airline or hotel chain, and have not been reviewed, approved or otherwise endorsed by any of these entities.