How to backpack around Ireland 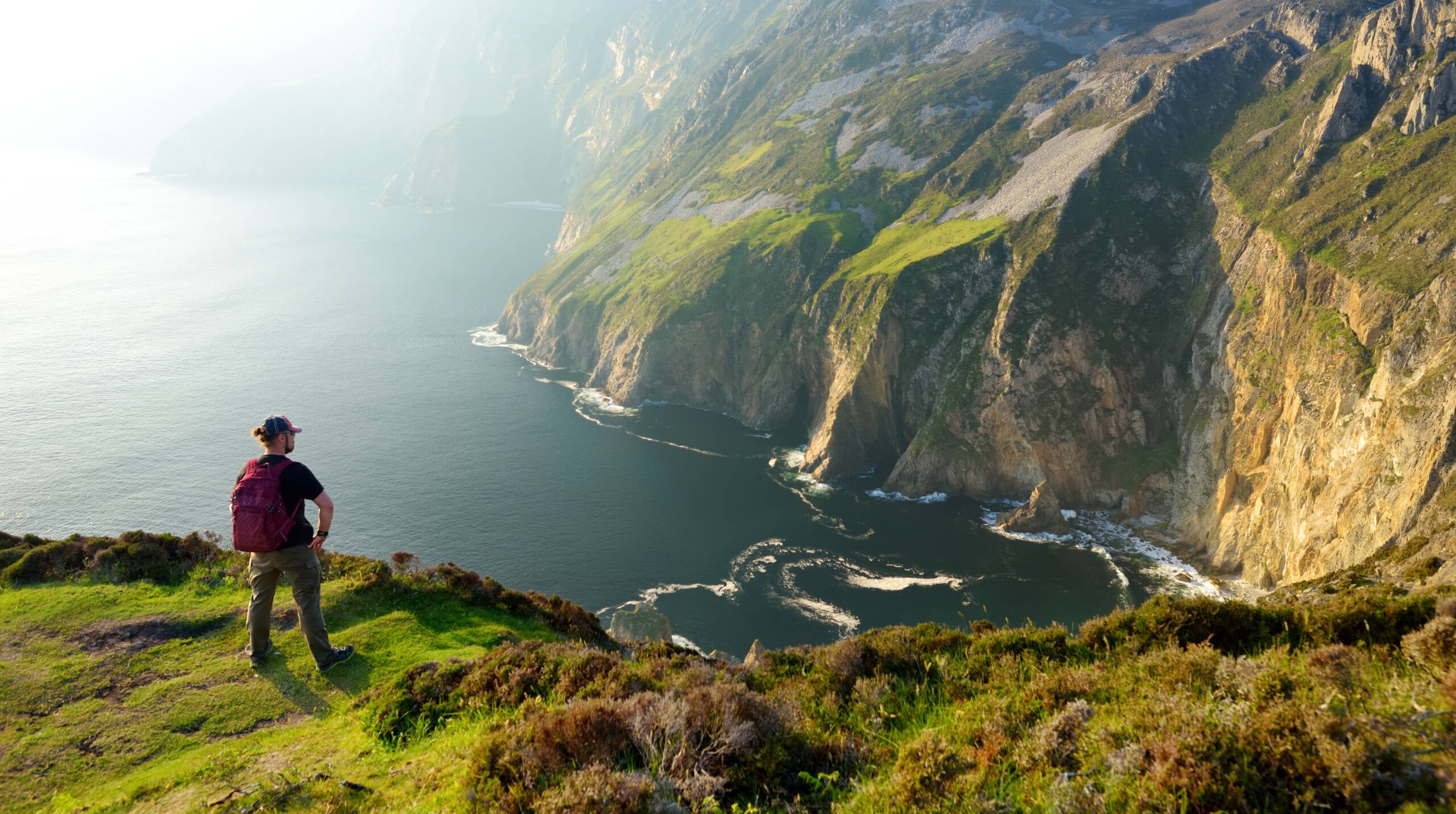 Ever harbored a fantasy about chucking a few things into a backpack and hotfooting it around Ireland? Hopping between madcap cities and empty, white sand beaches, hiking the killer mountaintops and cycling through the forests?

Well, the good news is it’s fairly easy to do -- it just takes a bit of organization and an action plan. Here’s what you’ll need if you’re thinking of ticking it off the bucket list.

Compared to some countries, public transport in Ireland can be fairly hit and miss. The big cities like Cork, Galway and Belfast are all linked by trains, which mostly connect in the capital of Dublin. They’re all pretty quick and well-organized -- even better, the fares are generally flexible and reasonably static in price, so you won’t get fleeced by booking the day before you travel, as you might in the U.K.

Where it gets trickier is hopping between cities that are closer together, or getting to smaller towns around the country. That’s where Bus Eireann comes in -- its intercity routes and small-town connections are further spread out than the trains, and they’re often a little cheaper, too. You can make the most of the Tourist Travel Pass, which costs $71 and allows for three days of unlimited travel over a period of six consecutive days.

Read more: 5 of the best hikes in Ireland

If you want to get out to the sights that are a little further flung (like the Cliffs of Moher, Ring of Kerry and Connemara), then your best bet is the local bus service, but bear in mind these services can be sporadic at best. It’s probably better to take an organized tour, the details of which you can most commonly get at the hostels around the country.

While there are some great budget hotels and B&Bs around Ireland, if you want to keep your finger on the pulse, a hostel is your best bet. Not only will you get a bargain night’s sleep -- around $18 for a shared dorm -- you’ll get the best recommendations for local travel and tours, too. If you don’t fancy the snores (and smells) of other people, the vast majority have private rooms.

In Dublin, check out Jacob’s Inn, which has just had a fantastic refurb -- its pod-style beds are fully self-contained, but the hotel-style private rooms are fabulous. There’s also a rooftop bar, a great restaurant and tips for loads of tours and travel options.

If you have some sights and cities that you definitely want to see, it’s best to come up with a loose itinerary. Don’t take it for granted that it’s easy to get from one place to another -- navigating bus and train routes can mean that you need to do some semblance of forward planning. Figure out the places that you want to see when you arrive, and take out a map so you can plot out your adventures. But…

Some of the best times you could ask for in Ireland happen off the cuff. You get chatting to someone in the pub who suggests a jaunt out to one of the prettiest beaches that only locals know about. The next thing you know, you’re heading out there the next day to surf with a gang you met the night before.

You also want to make sure you allow yourself enough time to really soak up the spirit of a place. You might think that because Ireland’s so small, you can nip around the whole island relatively quickly. But the more you tick off an endless list of sights to see, the more you realize you’re not seeing much at all.

As I mentioned before, many of the best spots in Ireland are pretty inaccessible by public transport. Places like the Causeway Coast, Glendalough and the Cliffs of Moher are all fairly tricky to reach on your own, so an organized tour is often your best bet. A company like Paddywagon has a huge number of tours on its books, all of which leave from cities like Dublin, Cork, Limerick and so forth. Its Causeway Coast tour costs $77 and ticks off all the major sights, like the Carrick-a-Rede Rope Bridge, Dunluce Castle, Antrim coast and the Giant’s Causeway itself. This way, you’ll get to see the tougher-to-reach places without the hassle of hiring a car or navigating the winding Irish roads.

Many of the people who visit Ireland head to the same well-known spots -- Dublin, Galway, Kerry and Cork. And while those places are fabulous and well worth your time, don’t neglect the lesser-known areas. Head up the western coast from Galway through Mayo and Sligo, and you’ll find some of the most stunning scenery in the country, without all the crowds. The alternative hot spots are just as impressive, too -- up in Donegal, the Slieve League cliffs are three times taller than the Cliffs of Moher, but you’ll find far fewer tourists up there.

Read more: 6 of the best golf courses in Ireland

It’s also worth taking a few extra days to explore the islands. The Aran Islands are off the coast of Galway and just a quick boat trip away from the coast -- a bus will get you to the port from the city, too. Once you’re there, you can rent bikes and explore the rolling hills and empty bays, bed down in a charming little guesthouse and get the sense of a completely different way of life.

The main airport in Ireland is in Dublin, but don’t discount the smaller ones around the country, like Shannon, Kerry, Ireland West Knock and Cork. Aer Lingus codeshare with British Airways and flies to Cork, Dublin, Belfast, Knock and Shannon.

It might seem a little logistically tricky to get around without a car at first, but if you plan ahead, keep an open mind and embrace the spirit of adventure, Ireland is a backpacker’s dream.