Articles
Mike Avila is an Emmy Award-winning TV producer who has worked for NBC, CBS and ABC, to name just a few. He’s author of books such as the recent “Wolverine: Creating Marvel’s Legendary Mutant.” He also was executive producer of the SYFY Originals documentary, “Todd McFarlane: Like Hell I Won’t.”
Dec. 18, 2021
•
5 min read 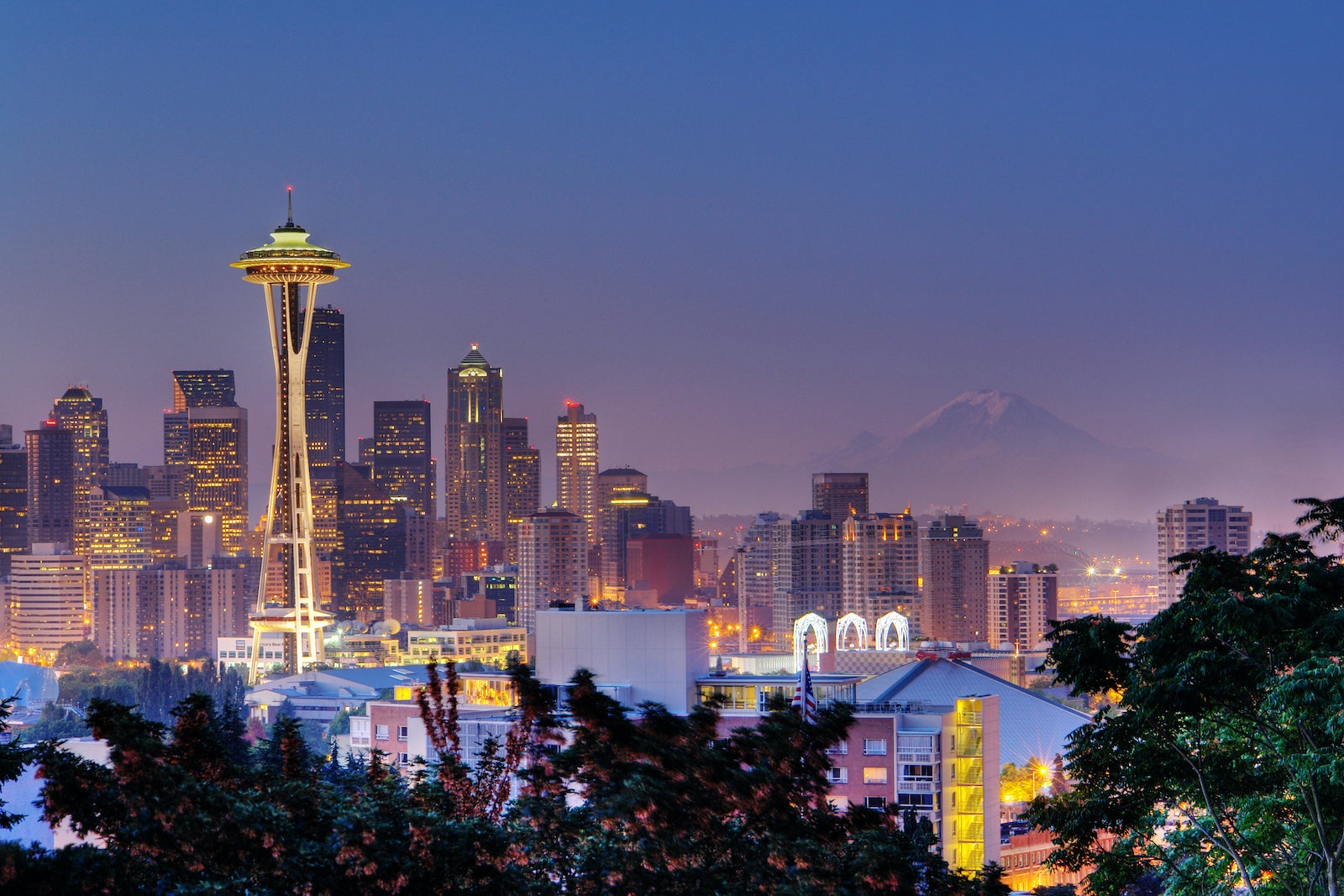 The Pacific Northwest is one of the most beautiful and diverse areas of the United States, and Seattle is the perfect place to begin your exploration of the area. Now you can fly there and save big as fares have been slashed for travel between now and November of 2022 -- as low as $107 nonstop -- although the widest selection and best prices we saw were at the start of the year.

Want TPG news and deal alerts delivered straight to your inbox each morning? Sign up for our daily newsletter.

We saw a lot of nonstop flights available. American and United fares are for Main Cabin which comes with a carry-on and seat assignment. The Alaska and Delta fares are in the Basic Economy tier. The discounted fares work in reverse if you live in Seattle and are looking to travel. Our friends at Thrifty Traveler alerted us about this deal, which they sent out first to their premium subscribers. That service is available for $7.99 monthly or $49.99 annually. This membership fee can easily pay for itself since you’ll get notified of cheap flights, award flight sales and business-class deals straight to your email.

Nonmembers can find sale prices by using Google Flights to search for desired routes and dates.

There are so many reasons why Seattle is a great city to visit, including its great music scene, the iconic Space Needle and of course the Boeing factory in nearby Everett. The factory tour there is a must for AVGeeks. FYI, make time for a scrumptious breakfast at the Biscuit Bitch restaurant in the Pike Place Market. You'll probably have to wait for a table, but trust me, the biscuits are worth it.

Airlines: Alaska Air, American, Delta and United.
Routes: ANC/AUS/BOI/BOS/BUR/DEN/DFW/EWR/FLL/LAS/LAX/MIA/MSP/ORD/PHX/SAN and other cities to SEA.
Cost: Round-trip flights are available from $107; some nonstops are available
Dates: January-November 2022; best availability found during the spring.

One of the lowest fares we saw was a nonstop on American from Phoenix (PHX) to Seattle (SEA) in January for just $107 round-trip. This is a Main Cabin seat.

San Diego (SAN) to Seattle (SEA) is available on Delta for $117 in February. It's for Delta's Basic Economy which comes with a free carry-on but you're the last to board. On the plus side, it's a nonstop itinerary and there was a lot of flights to choose from. Also, if you do feel the need to upgrade, it's just $50 to go to the Main Cabin.

February is a month with some of the best fares in this deal. For example, Minneapolis (MSP) to Seattle nonstop can be had for just $159.

Flights out of Chicago (ORD) are even cheaper in, you guessed it, February. Nonstop fares on American in the Main Cabin are available for $150.

The best price we saw out of NYC for a nonstop flight to Seattle was a January itinerary on Alaska Air departing from Kennedy Airport (JFK) for $197. That flight usually sells for almost double that price.

We also saw similar prices for Alaska Air flights from Newark Liberty Airport (EWR) in January. So if that airport is more convenient for you, make sure to search those routes, too.

Seattle is a great city to visit anytime, but especially when you can get fares like this. One last tip: When you land at the Seattle-Tacoma International airport, take your time and enjoy the incredible artwork on display that was created by local artists.