Articles
Caroline Tanner covers news and travel for TPG. She is a journalism graduate of Mizzou and Northwestern.
Follow
June 02, 2022
•
6 min read 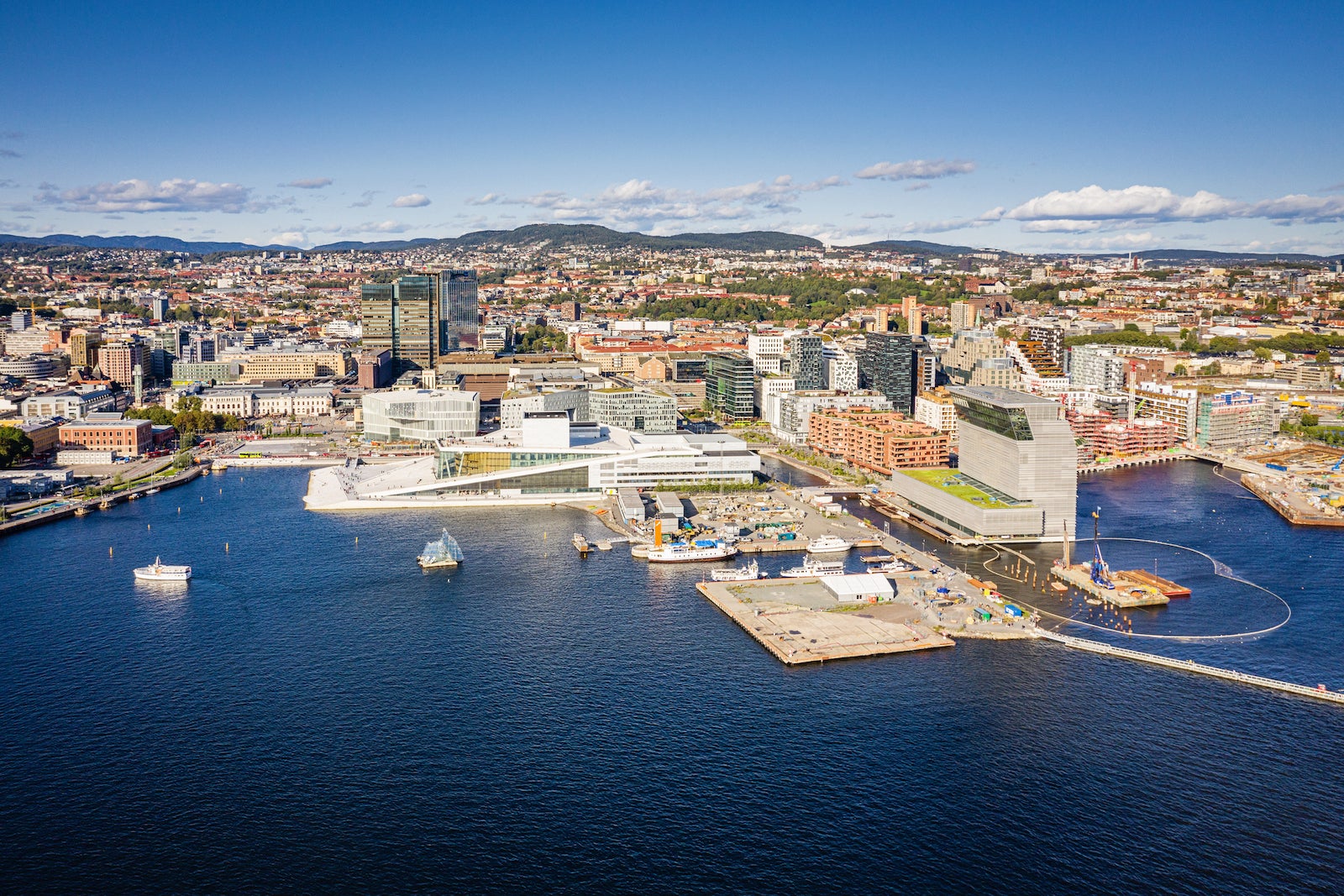 Round-trip premium economy flights to Norway's capital city, Oslo, are available from a handful of U.S. cities for travel starting in August through March 2023.

Flights from New York City start under $600, more than half off the normal price for this route. Also, the other flights in this deal are all around 50% off, if not more, with all flights below $800.

Thanks to Scott’s Cheap Flights for alerting TPG to this deal. You can try SCF for free for 14 days, after which it'll cost $49 per year for a Premium membership, which gets you flight deals up to 90% off. Or you can upgrade to the Elite tier for $199 per year and receive all the Premium deals plus premium economy, business-class and first-class alerts.

This deal includes flights on Scandinavian Airlines, which you can search availability for via Google Flights. This deal is unique for a few reasons, including that it features availability over the winter holidays — such as this flight from Newark which would transport you to the winter wonderland of Olso for the week of Christmas.

In total, this flight would cost just over $635 for the carrier's Plus fare type, which is its premium economy fare type, one step above its economy Go class and just below business class. Passengers who book this fare can modify their bookings for $300 or pay $350 to refund the entire trip.

Although this flight is on an Airbus 330-300, you can expect similarities to what TPG's Ben Smithson experienced on board an A321LR SAS flight from IAD to Copenhagen Airport (CPH), including slightly more legroom and seat space, some recline, a small amenity kit and a three-course meal. The most noteworthy perk of flying premium economy on SAS though is that Wi-Fi is included, which is rare for premium economy fares.

As mentioned, this deal also includes flights on Norse Atlantic Airways, which is a Norwegian low-cost, long-haul airline launching service on June 14 from JFK to OSL.

It's a new airline, so you have to search routes directly through the airline since its flights do not yet populate on Google Flights. Its cheapest premium economy class is Premium Light, which includes two carry-on bags, two meals, premium boarding and priority check-in. Premium Light fares can be changed for $200 plus any difference in fare.

Not only does this deal give travelers the opportunity to fly premium economy for half the price, fares from New York, Orlando and Fort Lauderdale are the lowest priced fares we've seen yet. Plus, this deal highlights flights with holiday availability and gives travelers the chance to try a brand-new airline.

Read more: I just booked a $129 flight to Europe from JFK. Here’s how I did it