Florida Deal Alert: Escape to Key West, Miami this winter for under $299

Articles
Mike Avila is an Emmy Award-winning TV producer who has worked for NBC, CBS and ABC, to name just a few. He’s author of books such as the recent “Wolverine: Creating Marvel’s Legendary Mutant.” He also was executive producer of the SYFY Originals documentary, “Todd McFarlane: Like Hell I Won’t.”
Oct. 16, 2021
•
6 min read 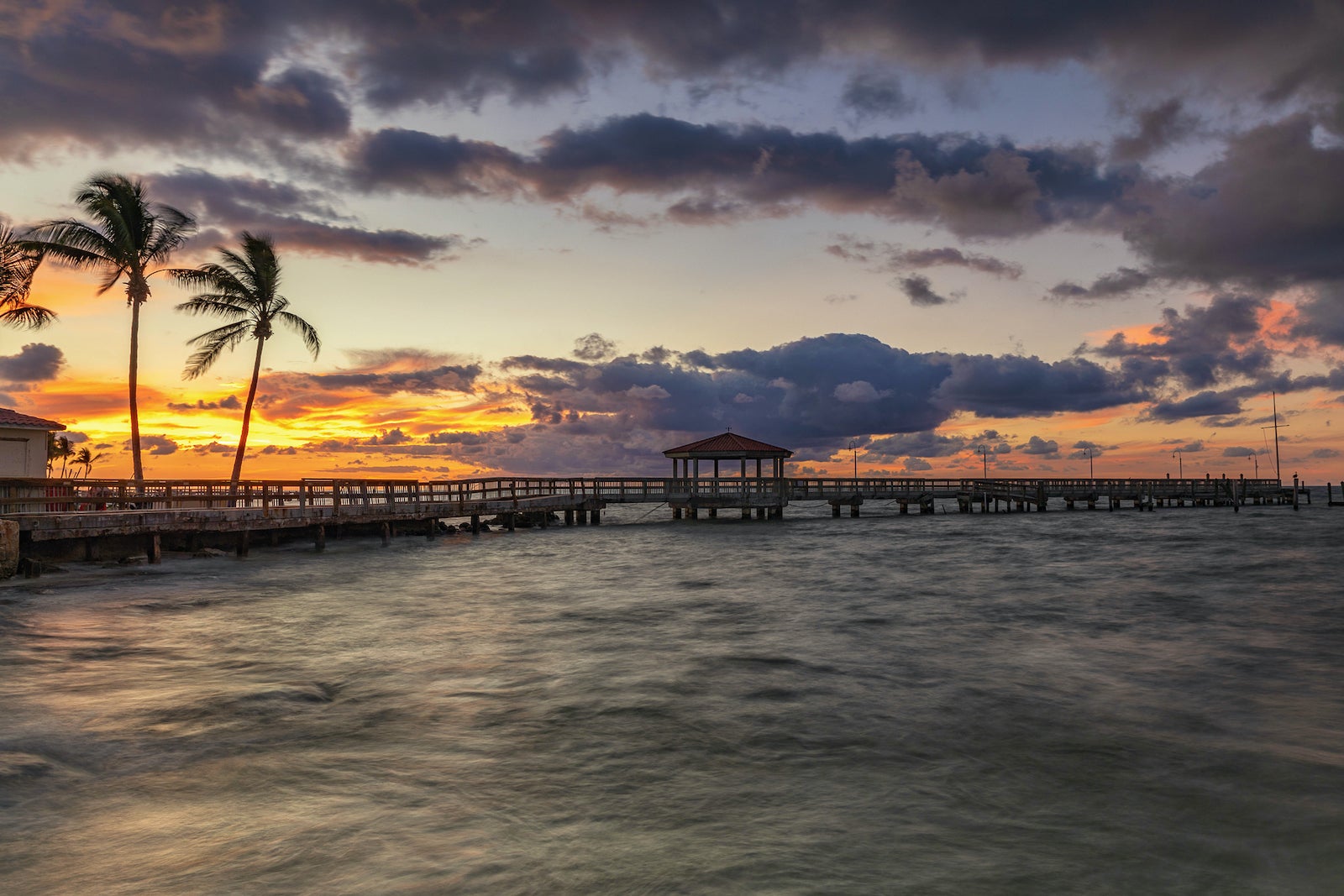 This is an absolutely fantastic time to book your winter escape to Florida. There are great fares to be had from dozens of U.S. cities to Key West so you can leave your cold-weather gear behind, put on your swimsuit and enjoy a cold beverage on the beach.

Our friends at Thrifty Traveler let us know about the great prices you can find for travel to Ernest Hemingway's beloved tropical getaway on American, Delta and United. Many of the Key West fare prices apply in reverse, so if you're in the Keys and you want to see what it's like to actually have to wear long sleeves during the winter, you can enjoy the sale prices, too.

There are also bargains to be found for Miami and Fort Lauderdale, as well, and we've listed a few below.

American and United fares are for Main Cabin seats, which come with a free carry-on and seat assignment. Delta bookings are for Basic Economy.

For more TPG news delivered to your inbox each morning, sign up for our daily newsletter!

Airlines: American, Delta and United Airlines.
Routes: ATL/AVL/BHM/BOS/CHS/DTW/EWR/JFK/SAT and many others to EYW/MIA/FLL.
Cost: Roundtrip fares under $299 for Main Cabin (American, United) and Basic Economy (Delta).
Dates: November-September 2022 (includes Thanksgiving).
Pay with: The Platinum Card® from American Express for 5x on airfare booked directly with the airline or through American Express Travel (on up to $500,000 on these purchases per calendar year), the Citi Prestige® Card for 5x on airfare, the Citi Premier® Card or Chase Sapphire Reserve for 3x on air travel, the American Express® Gold Card for 3x on airfare when booked directly with the airline or through Amex Travel, or the Chase Sapphire Preferred Card for 2x on travel.

Some examples of the round-trip fares to Key West (EYW) that are part of this deal are:

Boston to Key West has lots of availability from November to March for under $250, but mid-November had several itineraries for just $169 round-trip on American. This is for a Main Cabin seat, which has the free carry-on and seat assignment, as mentioned above.

New York snowbirds can head south all winter for very reasonable rates, such as this $175 fare we were alerted to by our pals at Scott's Cheap Flights, from JFK to Key West International (EYW).

Here's an excellent deal from Little Rock to the Keys for under $200. We didn't see as much availability at this price point for this route, so Arkansas travelers thinking of heading south should jump on this now. This is for United's Economy tier, so you get free seat selection and a carry-on, plus you can change your flight at no charge, but you will have to pay any difference in the ticket price.

The coldest month of the year in Milwaukee is January, with an average overnight temperature of an absolutely arctic 13.4 degrees Fahrenheit. Booking a flight to Key West at any price sounds appealing when it's that cold, but when you can get a round-trip Main Cabin ticket for $236? That's a no-brainer.

Houston to the Keys is just $209 right now via American. We found the best availability for a long weekend in December and January.

We also found killer deals for flights to other popular Florida destinations. For example, Houston to Fort Lauderdale on American in February can be booked for just $127, nonstop.

Detroit to Miami in February is even cheaper. You can book a nonstop ticket for only $117 on American right now.

Nashville to Miami is also a trip to consider as prices are much lower than usual. February seems to be the month with the lowest prices. We found this rate for $147, nonstop.

Let's end go back to New England for our final heads up, about a fare price that is simply rock bottom -- Boston to Miami nonstop in January for just $97 round-trip! That certainly sounds like a wonderful belated Christmas present.

How to book your flights

The easiest way to do it is if you’re a Thrifty Traveler or Scott's Cheap Flights premium subscriber. You can also simply use Google Flights, plug in your destination city and start searching for dates that fit your travel schedule.

Related stories
Amazon is launching a 2nd Prime Day sale in October — here are 4 things you need to know
Limited-time way to get half-off Virgin Voyages sailings, plus more perks for Bilt cardmembers
Here's what happens when Disney World is hit by a hurricane
MileagePlus members can't book most Lufthansa award space — here’s what we know
Featured image by Getty Images/EyeEm
Editorial disclaimer: Opinions expressed here are the author’s alone, not those of any bank, credit card issuer, airline or hotel chain, and have not been reviewed, approved or otherwise endorsed by any of these entities.