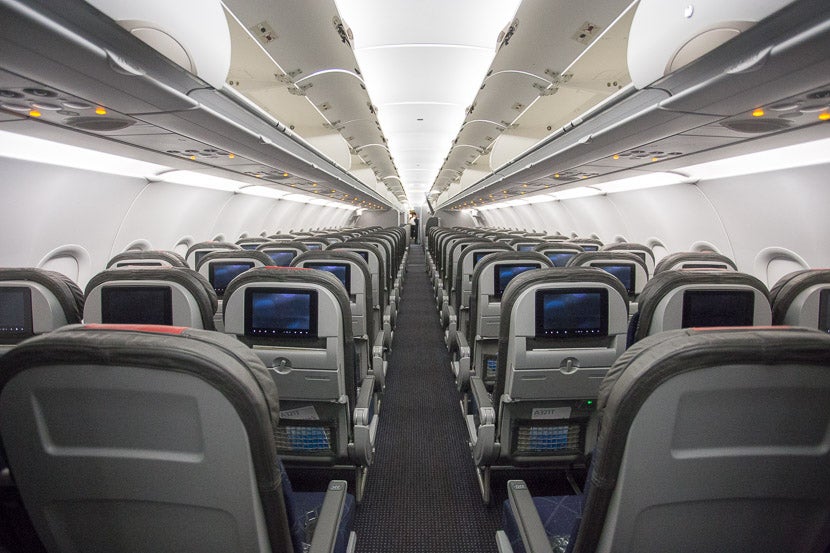 Deal alert: Nonstop transcon award flights from 5,000 AA miles one-way
This post contains references to products from one or more of our advertisers. We may receive compensation when you click on links to those products. Terms apply to the offers listed on this page. For an explanation of our Advertising Policy, visit this page.

While American Airlines' recent expansion of dynamic award pricing has been a case of good news/bad news, the prices offered as of late on its Economy Web Specials continue to impress. A number of nonstop and one-stop routes between the East and West Coasts — such as Los Angeles (LAX) to New York-JFK and Los Angeles to Miami (MIA) — are currently available from just 5,000 American Airlines miles plus $5.60 in each direction. Even better, these low rates are widely available from November 2019 all the way through October 2020, including around the winter holidays, spring break and over the summer.

Based on current TPG valuations, 5,000 American Airlines miles are worth just $70, which is a terrific deal considering that many of these flights typically cost upwards $150 one-way when paying outright.

If you're planning on taking advantage of this deal, we recommend booking right away, as there's no telling how long the low rates will be available. Just over a week ago, American Airlines had awards to Australia and New Zealand available for just 10,000 miles round-trip and that deal was snatched up in just a few hours. As with other American Airlines awards, you can put Economy Web Specials on hold for five days.

It doesn't matter if you're using the new award booking tool or the classic one, you can filter your search to only show nonstop awards by using the calendar view.

In late 2018, American Airlines rolled out a new mileage discount program called Economy Web Specials which offers AAdvantage members a chance to book economy flights for as little as 5,000 miles each way. Although American started with just six obscure routes, it expanded to 11 routes in early November and up to 39 routes in mid-December -- including flights to Hawaii, Mexico, the Caribbean, South America, Europe (some of which are still available). You never know what you'll find on the Web Special tab — for instance, flights to Australia and New Zealand were recently available for 10,000 miles round-trip.

I'd recommend reading through all of the details in this guide about how Economy Web Specials works. However, as a quick briefer:

And if these awards leave your AAdvantage account depleted, here are some ways to replenish your miles:

Featured image by Kevin Song
Editorial disclaimer: Opinions expressed here are the author’s alone, not those of any bank, credit card issuer, airline or hotel chain, and have not been reviewed, approved or otherwise endorsed by any of these entities.