Visit Egypt and Europe in business class for around $2,100 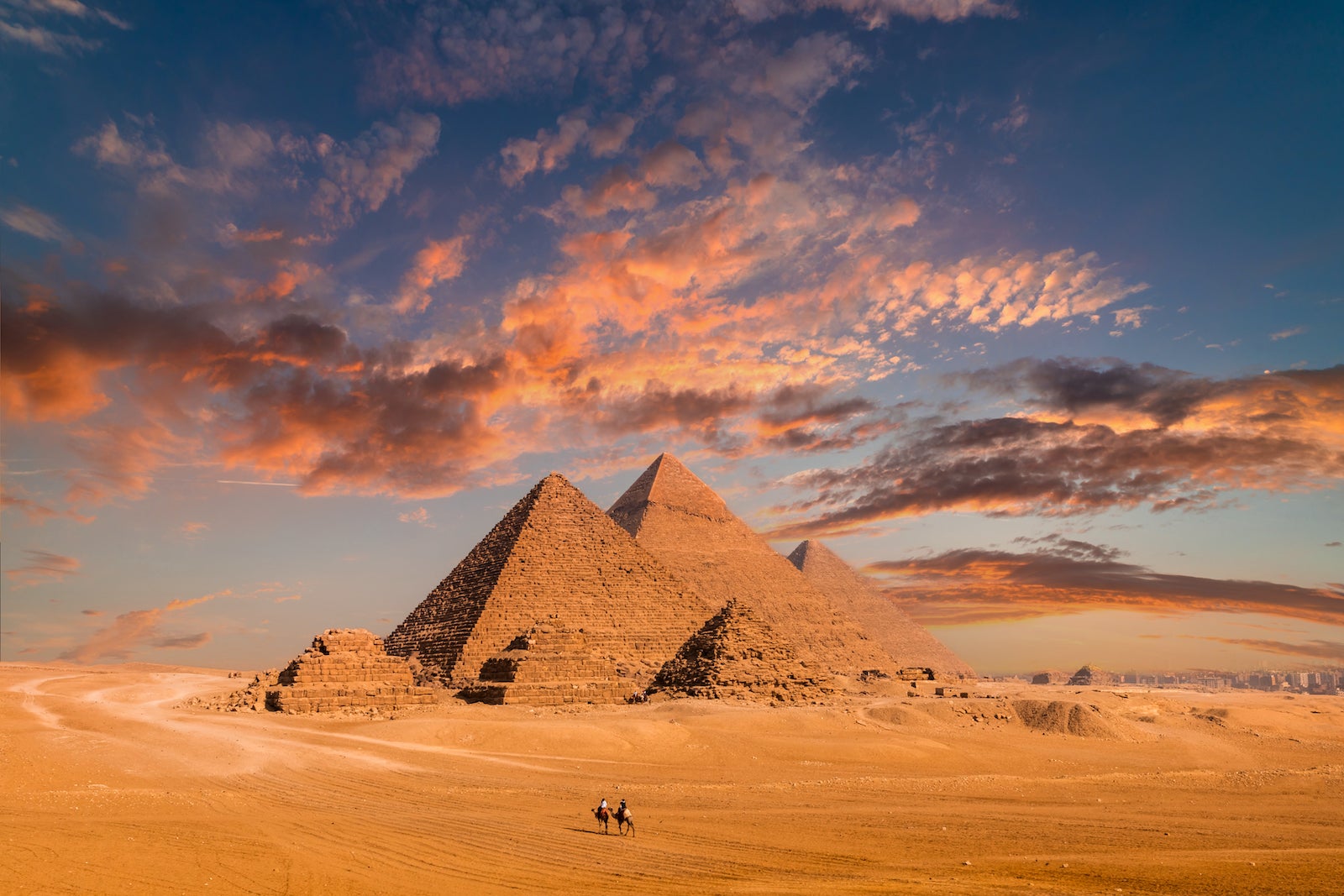 Many of us have long lists of cities on other continents we’d love to explore but a limited budget of cash and miles available to make these trips happen. This is why we get excited when we find opportunities to explore multiple cities for the price of one. That’s what we have here.

Between August 2022 and spring 2023, you can find a long list of business-class flights from the U.S. to Cairo at a steep discount compared to what you’d typically pay for a prime seat to Egypt. What’s more, many of these itineraries allow you to stop for a day or more in a European city on either the outbound or return trip.

This might mean you’ll visit an unusual combination. For example, you can explore the ancient pyramids and, say, the Swiss Alps on the same trip. Considering the price of an international flight, though, it’s a great way to kill two birds with one stone.

Scott’s Cheap Flights was the first to flag these deals. Its Premium membership is available for $49 per year. The Elite tier option is available for $199 per year, and it offers access to deals on premium economy, business- and first-class tickets.

Routes: Newark, Washington D.C., Los Angeles, Chicago and Houston to Cairo (with some itineraries including a stopover in a variety of European cities).

How to book: Directly with the airlines or with Google Flights.

The flights to Cairo that feature a stopover in a European city are available at a lower-than-usual price of between $2,000 and $2,300 round-trip on a combination of Star Alliance carriers; these flights leave from U.S. cities that are key Star Alliance hubs, such as United’s international hub at Chicago's O'Hare International Airport (ORD).

If your goal is to just get to Cairo as quickly and easily as possible in business class, you can certainly find those itineraries, too.

As you consider booking a trip with a stopover in Europe, keep a couple of factors in mind. First, consider your baggage. On top of the current luggage issues in Europe that may have you rethinking checking a bag in the first place, there’s a good chance you won’t be able to access your checked bag during your stop in Europe, depending on the itinerary you book. So you’ll want to make sure you have some essentials for a day or two in a carry-on bag.

Also, consider the timing of your stop in Europe. If you’re scheduled to arrive in a European city at 6 p.m. local time on the return trip, and your flight back to the U.S. is at 7 a.m. the next day, this really isn’t going to give you an opportunity to do much of anything during your stop. Frankly, it may be more trouble than it’s worth.

On the contrary, arriving in a European city at 10 a.m. one day and departing for Cairo at 7 a.m. the following day gives you enough time to sightsee before continuing on to Egypt.

Here are a few of the routes and prices we found, for business-class deals.

Again, all the current deals are via Star Alliance carriers. As such, if you're coming from the New York area, you can expect to leave from Newark Liberty International Airport (EWR). This trip involves a mid-August Friday evening departure aboard Lufthansa. You’ll arrive in Frankfurt at 7:30 a.m. local time the next morning, and you’ll have the whole day in Frankfurt on Saturday. Then, you'll have a 10:15 a.m. departure Sunday morning. This means you could have lunch in Frankfurt and get some sightseeing in before continuing on to Egypt.

It's a bit tighter a timeline on the way back, but still one I think you could take advantage of — just be sure to leave some energy for the back end of your travels. You'll fly from Cairo to Geneva and arrive in the mid-afternoon. That should give you time to see a few sights, have some dinner, and spend the night ahead before your mid-morning flight to Newark the next day.

Depending on the itinerary and particular combination of Star Alliance carriers you end up flying, you could really end up in a vast array of European cities along your trip. For travelers departing out of the Washington, D.C. area, you’ll leave Wednesday evening on this November trip out of Dulles International Airport (IAD). You’ll arrive in Zurich early the next morning. From there, you’ll have until midday Sunday to explore Zurich before your flight to Cairo.

Since you’ll often have more energy on the front end of your trip, it may be a good idea to book your stopover on the outbound portion of your journey. That’s what this itinerary involves. You’ll have a brief layover in Munich (which actually may be a little shorter than advisable given the operational issues at European airports).

If you’re up for an especially ambitious itinerary, check out this December option out of Los Angeles International Airport (LAX). Departing Monday evening, you’ll arrive in Zurich mid-afternoon Tuesday. Since your next flight won't be until midday Wednesday, you’ll have time for dinner in the city before continuing on to Egypt.

On the return trip, you’ll start with a more traditional connection in Vienna. From there, you’ll fly to London's Heathrow Airport (LHR) and arrive late at night. You won’t depart Heathrow for the final leg of the trip, back to Los Angeles, until late afternoon the next day. This could give you a chance to have breakfast and do a bit of sightseeing in London before your long-haul flight.

Related: This newly renovated Four Seasons will have you planning an Egypt beach vacation

Pay with The Platinum Card® from American Express and earn 5 points per dollar on flights booked directly through the airlines or American Express Travel, up to $500,000 per calendar year. With the Chase Sapphire Preferred® Card, you’ll earn 5 points per dollar on travel purchased through Chase Ultimate Rewards®. If you’re thinking of booking your itinerary through United Airlines, you might consider the United Club Infinite Card, which earns you 4 miles per dollar on United purchases, along with getting you access to United Clubs and select Star Alliance lounges.

While there’s certainly something to be said for getting to your final destination as quickly and efficiently as possible, these deals are great if you’re up for a bit more of an adventure. These options can be cost-effective ways to explore a second city without having to shell out the cash or miles for a second round-trip overseas journey.

These tickets give you a chance to explore all Cairo has to offer, as well as one (or even two) additional cities in Europe, too.