Fly round-trip to Barcelona this fall for less than $400

Articles
Bill Fink is a senior writer for The Points Guy covering travel news, trends, and cool adventures. His award-winning stories have been featured in AARP, BBC Travel, Frommer's, Lonely Planet, National Geographic, Outside, Yahoo Travel and many others.
Follow
Sept. 09, 2022
•
5 min read 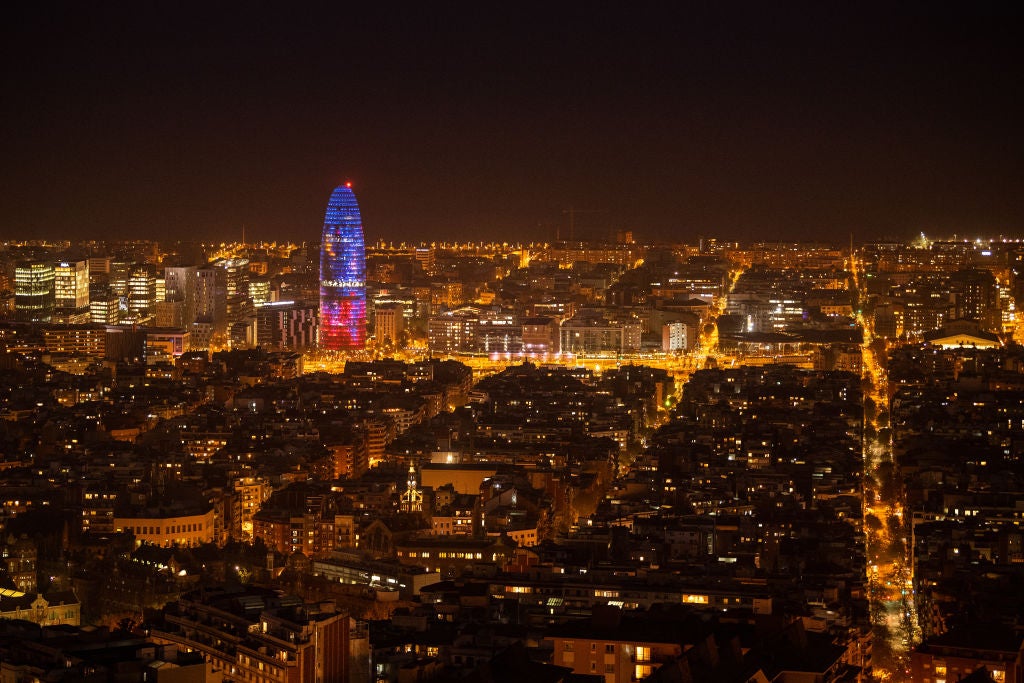 As the fall travel shoulder season arrives, airlines are starting to offer deals to ultra-popular summer destinations like Barcelona. With fewer crowds, cooler temperatures and more hotel availability, autumn is a great time to visit and enjoy Barcelona.

The discounted tickets are available beginning this month and continue through selected dates until at least February 2023. If you're considering a fall or winter trip to Spain, you should look into these deals.

Level's prices begin at $485 for round-trip journeys from Los Angeles, and $334 from Boston, with similar fares from New York and San Francisco. Pricing is dynamic and changes quickly with availability, so if you see a good deal with timing that works for you, you shouldn't wait too long to purchase it.

Read on for details and timing for these deals.

Airlines: Iberia and Level.
Routes: From Boston, Los Angeles, New York and San Francisco to Barcelona.
How to book: Directly with the airline.
Travel dates: Now through spring 2023.
Book by: While discounted ticket supply lasts.

Related: 6 things you should know before your next trip to Barcelona

If you search the routes on Google Flights, you'll usually see them listed as a codeshare with Iberia, but the pricing appears to be the same.

To find the latest good deals while they last, it's useful to go directly to the Level website, which highlights deals on its front page and posts monthly fare charts so you can map out the best dates. You may be able to snap up some deals here before they even get linked to Google Flights.

You can currently find nonstop, round-trip flight deals between Los Angeles and Barcelona for $485. These prices are available on Google Flights, per the screenshot above. The site notes that the ticketing is on Iberia, but the flight is operated by Level.

Typical nonstop flights between Los Angeles and Barcelona run upward of $700 to $800, with holiday fares topping $1,000. So, this $485 flight price is an exceptional deal.

The Level economy tickets come with a free carry-on baggage allowance, so there's no worry of a hidden fee. You will have to pay $70 or more for a checked bag, so factor that into your decision when comparing this price with other airlines.

Level also offers discounted fares between Boston and Barcelona, beginning at $334 for a round-trip flight. Sample fares, as seen on the Level booking screenshot above, currently begin at $162 for a one-way flight across nine dates in November.

Boston-to-Barcelona flights typically cost between $550 and $650, with higher price spikes during peak travel periods. If you can find some dates with Level that work for you, these $334 fares offer a savings of multiple hundreds of dollars.

Fares from Level's other two U.S. destinations — New York and San Francisco — also show discounts on many dates. If you're considering traveling from any of these destinations to Barcelona, it's worth checking in periodically on the Level website for the latest fares.

This fall, airlines are offering bargain airfares even to popular European travel destinations. Discount carrier Level currently has flight deals to Barcelona from its U.S. destinations of Boston, Los Angeles, New York and San Francisco. The deals begin this September and currently run through spring 2023 on selected dates.

Round-trip fares on Level between Los Angeles and Barcelona begin at $485, and Boston prices start at $334. Both these fares represent savings of multiple hundreds of dollars over typical prices.

If you can find flight dates that work with your travel plans, these Level tickets are good deals. Book the tickets as soon as you find them because the prices can change quickly.

Featured image by DAVID RAMOS/GETTY IMAGES
Editorial disclaimer: Opinions expressed here are the author’s alone, not those of any bank, credit card issuer, airline or hotel chain, and have not been reviewed, approved or otherwise endorsed by any of these entities.