Discontinued credit cards: Why (and why not) to stick with them 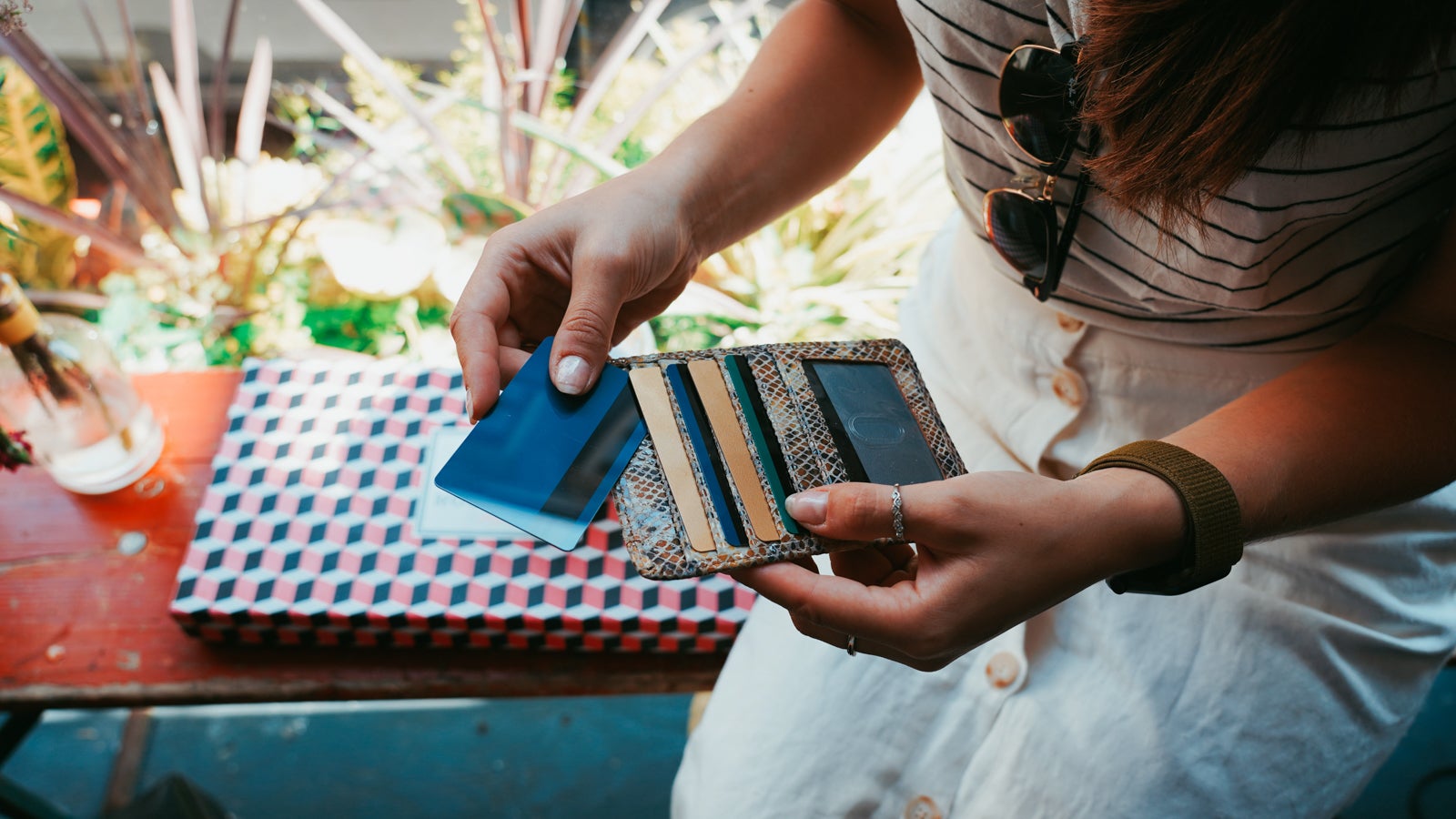 Discontinued credit cards: Why (and why not) to stick with them
This post contains references to products from one or more of our advertisers. We may receive compensation when you click on links to those products. Terms apply to the offers listed on this page. For an explanation of our Advertising Policy, visit this page.

Just as issuers launch new travel credit cards on a regular basis — such as the United Quest Card, which came into being in April 2021 — financial institutions also discontinue credit cards fairly frequently.

This can occur for a number of reasons. Sometimes, an airline or hotel group switches relationships from one bank to another. For example, JetBlue ended its partnership with American Express in favor of forging a new one with Barclays in 2016 that included the introduction of three new JetBlue credit cards.

Some loyalty programs have multiple bank partnerships and eventually decide to consolidate their credit cards with one or the other. That was the case with Hilton — after years of partnering with both Citi and American Express, they decided to end relationships with Citi and now offer cards solely through Amex.

Still more discontinuations occur because of mergers or other developments. That's what happened after US Airways merged with American Airlines in 2013. American's banking partner was Citi, while US Airways was with Barclays. Now, American Airlines offers cards with both issuers.

This phenomenon isn't limited to travel programs, either. Costco ended its long-running relationship with American Express in 2016 in favor of Citi.

When developments like this occur, many credit cards end up discontinued altogether. However, some discontinued cards endure but are just not open to new applications. Those include the American Express Bonvoy Card (Previously Amex Starwood Preferred Guest) and Chase Marriott Rewards® Card, whose cardholders are "grandfathered in" and can continue to use these cards.

The information for the JetBlue cards, Marriott Bonvoy Card from American Express, Chase Marriott Rewards card has been collected independently by The Points Guy. The card details on this page have not been reviewed or provided by the card issuer.

Factors to consider about keeping a card open

If you have a credit card that no longer accepts new applications, you’re probably asking yourself whether or not it pays to keep it open. Your decision should be based on several elements, including the card’s annual fee, its benefits and how they might have changed, and what opportunities you might have to convert your card into another one. Here are the major factors to consider.

The impact on your credit score

Related: How to downgrade credit cards

Canceling a card therefore directly influences the two factors that account for nearly half of how your credit score is calculated. Take a look at where the card you’re thinking of canceling falls into the history of your credit portfolio, and how big its line of credit is compared to your overall credit limit. Then consider if a card cancellation will make a big dent in your credit score before proceeding.

Related: How canceling a credit card impacts your FICO score

Of course, one of the major considerations with any credit card is whether it incurs an annual fee. If it does, you need to consider whether it makes sense to keep paying for the card. Are you maximizing its benefits, such as an anniversary points bonus or free night, or airport lounge access? What else does it have going in its favor that offsets the cost of paying for it each year you keep it in your wallet?

For example, the Marriott Bonvoy American Express Card costs $95 per year, but comes with a Marriott free night certificate after each cardmember anniversary. If you routinely get more value from that benefit than the annual fee, it's worth keeping. Especially since it hasn't taken new applicants for over two years now.

Conversion to another card

If your card was recently discontinued (or is about to be), does the issuer plan to automatically convert your card into another product? If so, you need to evaluate the benefits of the card they intend to give you.

If new applicants are eligible for a large sign-up bonus, you might be better off canceling your old card and applying for the new card instead of being forcibly "converted." Converted cards are generally not eligible for sign-up bonuses, whereas new credit card applications are. By simply converting, you could be giving up a sign-up bonus worth tens of thousands of points.

For example, when United Airlines discontinued its United TravelBank Card, holders were moved over to the United Gateway Card automatically. But if you had canceled your United TravelBank and applied afresh for the United Gateway, you could have a shot at earning 20,000 bonus miles after you spend $1,000 on purchases in the first three months your account is open. By not applying for the new card and simply being converted, you could have missed out on 20,000 bonus miles, worth around $242, according to TPG's valuations.

If your discontinued card is being converted into another card, look at what your options might be, especially if you do not want to continue paying an annual fee on yet another credit card. You may even already have the card you're being converted to. Why pay the annual fees for two cards that offer you the same benefits if you’re not going to be able to maximize both?

Instead of having duplicate cards, upgrading/downgrading to another product within the same card family could be the way to go. There might also be opportunities to earn relatively small points bonuses by accepting an "upgrade" to a new version of your discontinued card, or another card from the same issuer.

For instance, when Chase discontinued the Hyatt Visa and launched the World of Hyatt Credit Card, it offered those with the older card 2,000-3,500 points to upgrade. While not the most exciting opportunity, it might have been just the nudge some cardholders needed to update their plastic.

Does your discontinued card come with a time-sensitive perk such as an annual free night or conversion benefit from regular airline miles to elite-qualifying miles? If so, check the fine print in your benefits guide and be sure to use any benefit that requires your card to be open and in good standing before canceling the card so that you don’t miss out.

Likewise, if you earned such a benefit with a discontinued card that has been converted into another card by the issuer or loyalty program, you will likely still be able to take advantage of it within a set time period post-discontinuation. Make sure you do so, or that perk might be lost and gone forever.

Benefits not available through other cards

One of the best reasons to keep a discontinued card is that it might offer perks you will not find on newer versions.

For example, the United MileagePlus Select is not available to new cardmembers. It earns:

The information for the United MileagePlus Select has been collected independently by The Points Guy. The card details on this page have not been reviewed or provided by the card issuer.

Those earning ratios are more lucrative than its successor, the United Explorer Card, and might be worth holding onto the card if you spend a lot on purchases in those categories. MileagePlus Select cardholders can also earn 5,000 bonus miles each account anniversary, just for keeping the card open. While that won't fully offset the card's $95 annual fee (waived for the first year), it is worth around $65 according to our valuations, so it does get you some of the way.

If you have a card that has been (or will be) discontinued, you’ve got a decision to make: Do you keep it or cancel it? When weighing your choices, remember to consider the impact that canceling the card will have on your overall credit score, and if the benefits of keeping it outweigh the cost of the annual fee.

Take the time to learn whether your card will be discontinued altogether, or whether it will be converted into another credit card product. If it will be converted, think about whether the new card makes sense for your needs, both in terms of earning points and the benefits it will give you. Finally, come up with a list of the perks offered by your card that might not be available on newer versions, and whether you are maximizing them. Once you take all those factors into consideration, it should be pretty clear whether you should keep the card or see what newer products are available that might better suit your travel needs.

Featured image by (Photo by Isabelle Raphael / The Points Guy)
Editorial disclaimer: Opinions expressed here are the author’s alone, not those of any bank, credit card issuer, airline or hotel chain, and have not been reviewed, approved or otherwise endorsed by any of these entities.