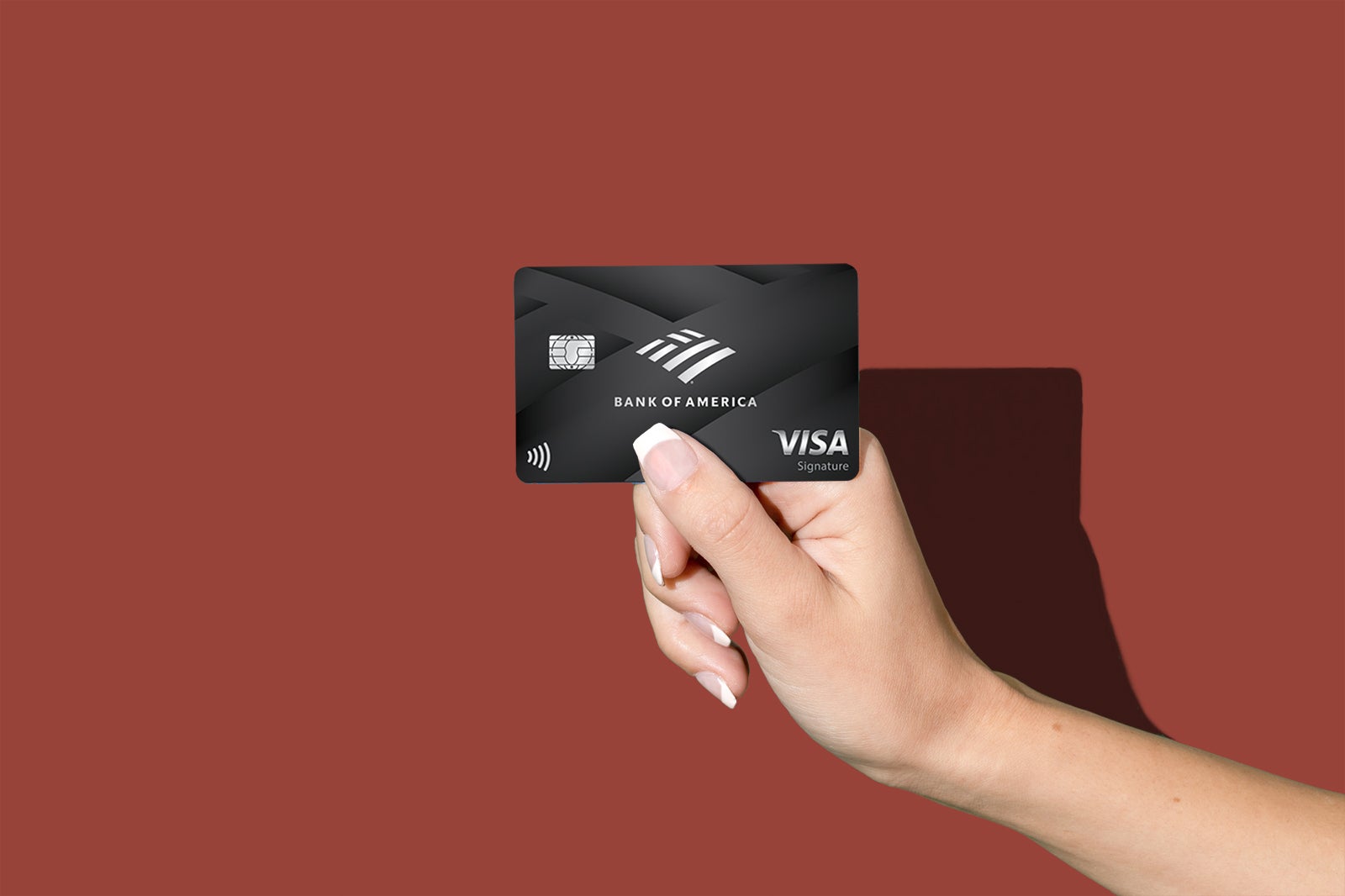 The Bank of America® Premium Rewards® credit card continues to fly under the radar, despite having the potential to offer the highest base cash-back rate of any rewards credit card.

How the Bank of America airline fee credit works

Bank of America’s airline fee credit (up to $100 statement credit each calendar year) works a little differently from the airline incidental fee statement credit you get with Amex cards such as The Platinum Card® from American Express (see rates and fees). Rather than have to designate an airline at the beginning of the year, Bank of America allows you to earn the credit across any eligible airline throughout the year. Enrollment is required for select benefits.

For example, you could use your Bank of America airline fee credit for checked bags on Delta one month and then inflight drinks on American the next. This gives you more flexibility to use your credit where you need it, rather than forcing you to guess which single airline you’ll be able to use it on.

It can potentially take anywhere from two to three weeks for your credit to post to your card account. While there are plenty of instances where we’ve seen that take less, don’t be alarmed if it does take the whole timeframe.

Another feature that Bank of America offers is the ability to check how much of your $100 airline credit you have used.

Which airlines qualify for the credit?

Bank of America does not have an official list published that outlines which airlines qualify for the incidental fee credit, though the terms and conditions do specify that only select U.S. carriers qualify. According to some readers, Spirit Airlines and Sun Country Airlines are excluded. The following airlines are known to work:

That list is very similar to Amex’s list of qualifying airlines (with the exception of Spirit Airlines, which the Amex fee does cover).

What purchases trigger the credit?

According to the Premium Rewards Card terms and conditions, the following purchases will trigger your Bank of America airline fee credit:

The purchases have to be paid in full with your Bank of America Premium Rewards card, and they must be made on a flight originating from a domestic airport on a qualifying U.S. airline carrier.

The terms and conditions do explicitly state that the following purchases will not qualify for the credit:

Also keep in mind that inflight Wi-Fi access processed through a third party like Gogo likely will not qualify.

Of course, there are sometimes exceptions to this rule. There have been data points presented by readers and in other online forums where charges outside the official list have counted. Occasionally award booking taxes, first-class upgrades and other fees will end up coding as an eligible purchase for the credit.

However, we don’t suggest counting on credit for fees that the credit isn’t intended to cover — it’s hit-or-miss at best and easier to just use the perk as intended. In the past, you could get away with buying gift cards on certain airlines with the credit, but issuers have cracked down to close that loophole.

Airlines can change the merchant category code of a certain transaction, Bank of America could update what merchant codes and charges count, and airlines can change whether or not something is processed by a third party. This means what counts toward the credit will be a living list year-to-year based on what’s currently working.

If you’ve charged what you believe to be a qualifying airline fee and it’s not automatically reimbursed, you can call Bank of America and ask for the credit.

And if you hold the Bank of America Premium Rewards credit card, we’d love you to share your experience with us so we can keep the list up to date. Email tips@thepointsguy.com and mention this post.

For rates and fees of the Amex Platinum, click here.

Related stories
What are points and miles worth? TPG’s December 2022 monthly valuations
Capital One Venture X to lose Priority Pass restaurants and spa services as of Jan. 1, 2023
December 2022
Current Hyatt promotions: Bonus points on stays and dining plus double stay credits
Featured image by THE POINTS GUY
Editorial disclaimer: Opinions expressed here are the author’s alone, not those of any bank, credit card issuer, airline or hotel chain, and have not been reviewed, approved or otherwise endorsed by any of these entities.