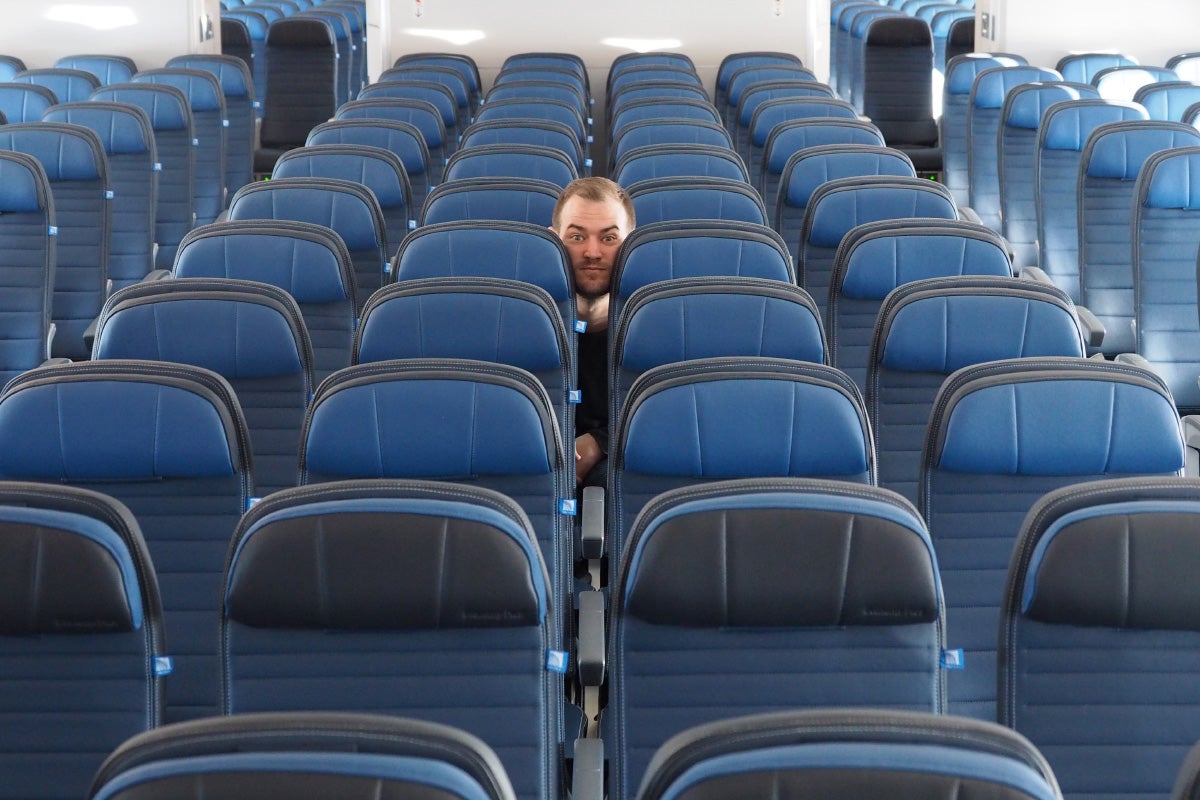 Basic Economy Coming to United Long-Haul Flights, Premium Economy May Launch This Fall
This post contains references to products from one or more of our advertisers. We may receive compensation when you click on links to those products. Terms apply to the offers listed on this page. For an explanation of our Advertising Policy, visit this page.

United is bringing the basic economy fare class to long haul flights. At a presentation for United's investors on Monday, the company shared a slide deck showing the carrier's plan for the rollout of basic economy on transatlantic and Latin American routes. The deck also showed that it planned on releasing its new premium economy product in the fall.

On a slide describing segmentation of classes, the deck had a blurb below basic economy saying "expect to be available in Latin and Atlantic later this year." This suggests that United is following in Delta and American's footsteps and will rollout basic economy fares on these long-haul routes.

On the same slide, the phrase below Premium Economy read "plan to be available in the fall." Launch dates were previously unreleased when the new "Premium Plus" product was announced in January. Originally, the new seat was going to be featured on "select international routes," but United President Scott Kirby said yesterday that the airline was "considering" it on domestic routes, too.

Delta said it was planning on taking basic economy worldwide in 2018 and recently introduced checked bag fees on transatlantic flights. American is introducing basic economy on flights to Europe this spring. These moves are just another sign the legacy carriers are feeling the pressure from budget airlines like Norwegian, Primera Air and WOW.

If United's basic economy on international flights is anything like it is on domestic routes, your ticket won't include a seat assignment, a checked bag, a large carry-on bag, the ability for a refund, the ability to change your ticket, premier qualifying miles or upgrade eligibility.

Delta and American already have premium economy on some of their wide-body aircraft. Although United wants to install the product sometime this fall, it's unclear if it will be able to stick to that timeline, especially considering the slow rollout of its new Polaris Business class.

Remember that airline co-brand credit cards can help defeat some of the negative aspects of basic economy because they provide amenities, free checked and carry-on bags. Hopefully the United MileagePlus Explorer card's benefits will apply to international basic economy flights.

TPG reached out to United for more details, but company representatives declined to comment.

Featured image by Some of United's Hawaii flights offer 3-4-3 seating in coach.