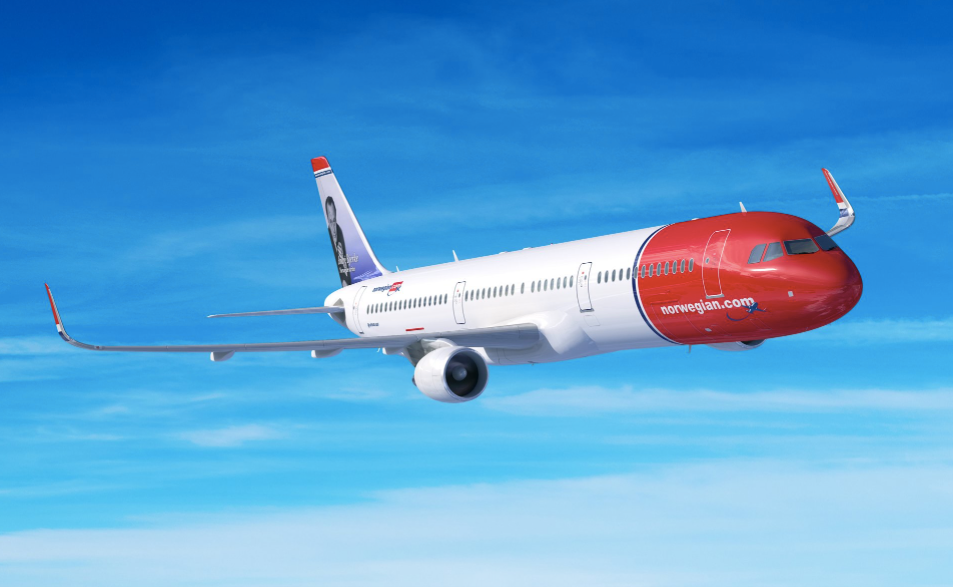 Get Ready for Norwegian Air Flights to Africa and the Middle East
This post contains references to products from one or more of our advertisers. We may receive compensation when you click on links to those products. Terms apply to the offers listed on this page. For an explanation of our Advertising Policy, visit this page.

Norwegian Air, the carrier dominating the world's low-cost long haul market, is planning to expand yet again: this time the airline led by CEO Bjoern Kjos is looking to begin flying to Africa and the Middle East. Norwegian already operates a vast long haul network from Europe to the US and Asia — and from today also to South America, with the launch of its London (LGW) - Buenos Aires (EZE) route on Wednesday. Its network would grow further, according to Kjos, if it wasn't for opposition from politicians whom the CEO called "probably" corrupt.

Kjos is also planning to introduce Norwegian's premium seat on the new Airbus A321LR, like on the Boeing 787 it flies across the Atlantic, and wants to use the plane to tap in the future a market it says has huge potential: India and Pakistan. But he's also incensed by Russia's refusal to grant Norwegian the right to overfly Siberia, a route that the airline needs for further expansion to East Asia.

TPG sat down with Kjos on Wednesday, on the 24th floor of The Shard, London's tallest skyscraper, to discuss the airline's plans for growth.

Norwegian already flies from Oslo (OSL) to Dubai (DXB) using the Boeing 737-800, but that's close to the jet's maximum range. The 737-800 wouldn't have the range to fly from London or Paris. Once the Airbus A321LR enters the fleet next year, with 30 more seats than Norwegian's 737s and enough gas to get there easily from Western Europe, Middle East expansion is in the cards, and likewise for Africa.

However, "some governments are making it very difficult" to open new routes, Kjos said, without naming any specific countries. And without the Airbuses, no dice, either. "At the moment we would have no choice but to use the 787 Dreamliners on Middle Eastern routes, and to be honest, there is a lot of other areas that I would prefer to utilize the Dreamliners," Kjos said. "However, the A321LR will have the appropriate range to fly to many places in the Gulf and Middle East, and so we will wait for these."

When pressed on potential new Middle Eastern routes from European hub cities like London, Paris and Rome, Kjos said "there are a lot of places in the Middle East that would be very interesting for us, including Kuwait and Jordan".

In the Middle East, though, Norwegian would face three behemoths, the Gulf carriers collectively known as the ME3: Qatar Airways, Emirates and Etihad Airways. Kjos isn't apparently too fazed: "There is room for everyone, especially given we are a low-fare airline."

In Africa, the challenge is that "not all governments understand why it would be good to let us fly there, where we would create jobs. Instead they would rather protect a possibly failing local airline, and prevent us from operating to the country". Kjos wasn't afraid to add that "there are some very stupid politicians, sorry to say — and some of them are probably bribed."

The big selling point of the A321LR is that it can connect pairs of faraway cities where twin-aisle jets would be too big and expensive. An ideal place to use the new jet's economics to grow traffic would be UK to Pakistan, thanks to a vast immigrant population. "It's a huge gap in the market," he said, one where "nobody flies." When it comes to big cities, say London to Karachi, that's not necessarily true, but Kjos wants to go elsewhere. "While [London] Gatwick is full, we see potential in connecting secondary cities, which are perfectly suited to receive the A321LR, and cheaper for us to operate in and out of," he said. So, East Midlands to Islamabad, maybe, or Birmingham to Quetta? Kjos didn't say, but the new Airbus single-aisle plane . makes those possible.

To critics who say that Norwegian's growth is too fast — passenger traffic in 2017 jumped 12% from the previous year — Kjos responds that the main hurdle the airline faces at the moment is quite the opposite: the lack of takeoff and landing slots at London Gatwick, one of its main long-haul bases, and difficulty obtaining traffic rights.

The Norwegian subsidiary operating out of Gatwick is a British-registered company, and that's leading to problems with Russia in obtaining some of those rights, Kjos said. Due to an ongoing political dispute between the British and Russian governments, Norwegian Air can’t add flights to Tokyo, Shanghai and Beijing from London because Russia is refusing permission to fly across its airspace.

"We need permission to fly over [the] Siberian corridor because this gives us the most efficient and direct routing across Russia to East Asia, but Russia is resisting the UK’s rights under existing travel agreements to designate our UK airline permission to fly across its airspace," he said. Russia has not signed the ICAO transit agreement — a treaty permitting commercial aircraft form one country bound for a second country to transit over a third — meaning it is essentially able to decide who can fly through. Denying overflight rights is a tactic Russia has used before. I know this from personal experience: On a LOT Polish Airlines flight I took last year from Warsaw to Seoul, Russian authorities banned our jet from its airspace minutes before our departure, adding over two hours to our journey.

Premium seats on the A321LR

When Norwegian ordered the A321LR, it said the aircraft would feature an all-economy class cabin, much like its Boeing 737MAX. However, Kjos said the airline has changed its mind and is now considering a Premium Economy cabin at the front of the new single-aisle jet, saying "there is probably the need for at least a small one (cabin) given how popular it is". He went on to say that "Wi-Fi should be available, and free for all with no exception." And that is good news for passengers.