Check Out The New United Club at DFW 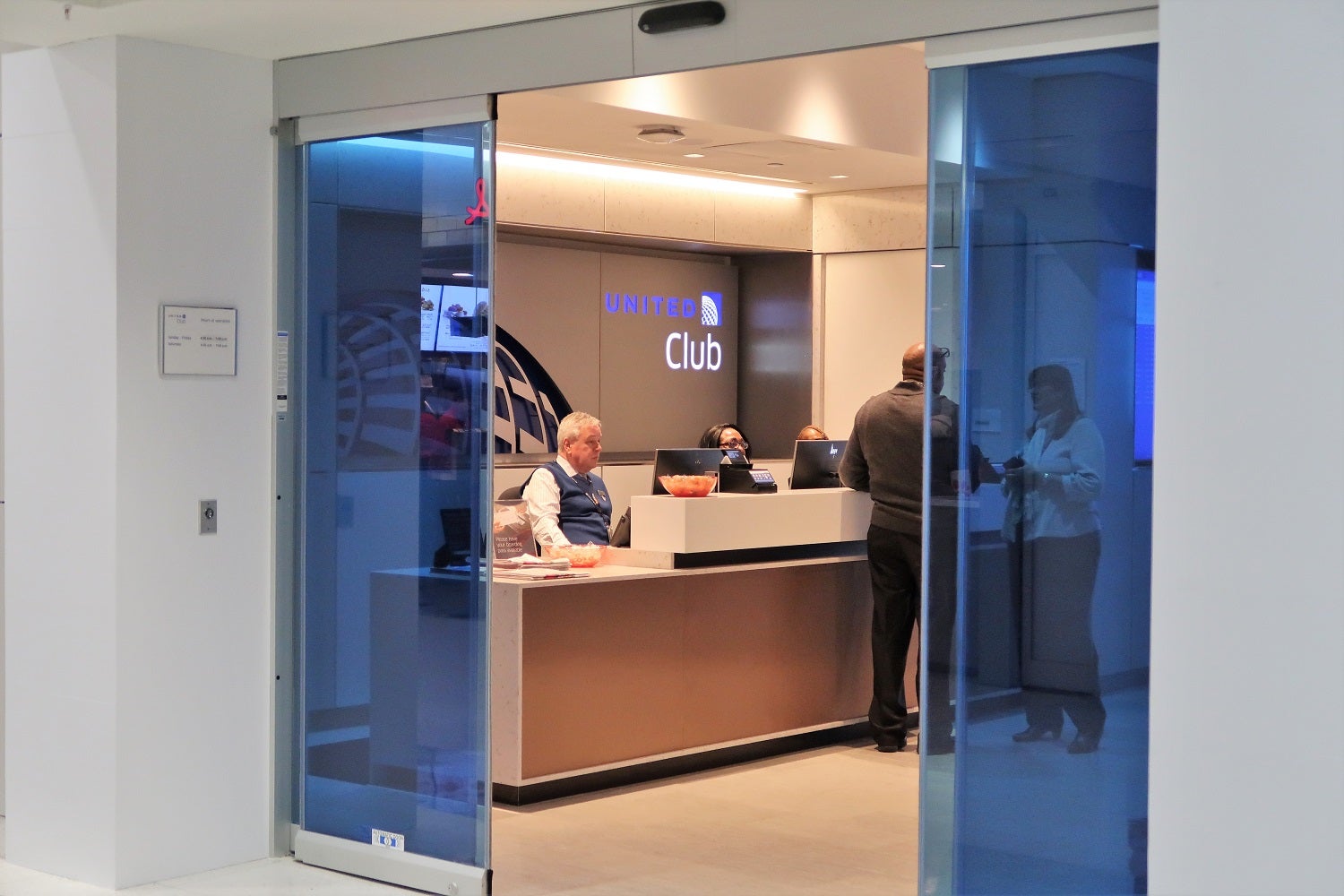 Check Out The New United Club at DFW
This post contains references to products from one or more of our advertisers. We may receive compensation when you click on links to those products. Terms apply to the offers listed on this page. For an explanation of our Advertising Policy, visit this page.

While 84% of flights from Dallas/Fort Worth (DFW) are operated by American Airlines, there are indeed other airlines that operate from the world's fourth busiest airport (by number of flights). United is one of those airlines, and it just stepped up its lounge game there.

The newly remodeled DFW United Club opened in early February, and it sports a refreshed 6,000 square feet of space, capable of hosting up to 180 travelers at a time. The lounge is open daily from 4:30am to 7:30pm, except on Saturdays when the lounge closes at 7:00pm. The entrance can be found near gate E6 — across from DFW's second Chick-fil-A location — via this rather unassuming entrance:

United has up to 37 daily departures from DFW, with its peak being Thursday when the Club can see up to 700 visitors. In addition to qualifying United guests, the lounge is open to Star Alliance premium passengers traveling on Air Canada (Terminal E), Lufthansa daily departures out of Terminal D or Avianca's four weekly flights from Terminal D.

Despite still feeling small after the expansion, the remodel brought in new, comfortable chairs and plenty of power plugs for travelers. In the main seating area, there are at least two USB ports and one AC power plug per seat.

The expansion allowed the United Club to add more personal spaces, including an all-gender bathroom and a wellness room specially designed for — but not limited to — nursing mothers.

However, outside of the bathrooms, the only place semi-private price is a solitary enclosed "Phone" room that contains a desk and plugs, which is available on a first-come-first-served basis.

Illy-branded coffee and a Coke soda machine are available in the food area. In addition, there's a drink stand near the center of the lounge with flavored waters (cranberry apple, cucumber lime, rosemary lime) and fruit.

The sleek bar offers up a range of alcoholic drinks, with an Olympic-themed drink menu when I visited. House wines, select beers and well drinks are complimentary.

The new United Club can be accessed by United Club Card cardholders and United Club members regardless of the airline being flown. In addition, non-United Star Alliance Gold elites, United Star Gold elites on qualifying international itineraries, Star Alliance business- and first-class travelers on an Star Alliance international itineraries can enter the club. United Explorer Card cardholders can use their two annual United Club one-time passes here, restricted only when the small Club is at capacity. The information for the United Club card has been collected independently by The Points Guy. The card details on this page have not been reviewed or provided by the card issuer.

If you don't have access through one of these methods, you can buy a day pass for $59. The Club manager who showed me around the new lounge noted that the day passes have been a popular choice since the re-opening.

Of course, the United Club is far from the only DFW lounge. You can access the numerous Admirals Clubs by being a cardmember or authorized user of the Citi AAdvantage Executive World Elite Mastercard. While the Admirals Clubs are the most prevalent clubs in the airport, my favorite lounge in DFW is the Centurion Lounge — which will open a larger location this summer. Plus, there are Priority Pass lounges including The Club in Terminal D and Minute Suites in Terminals A and D.