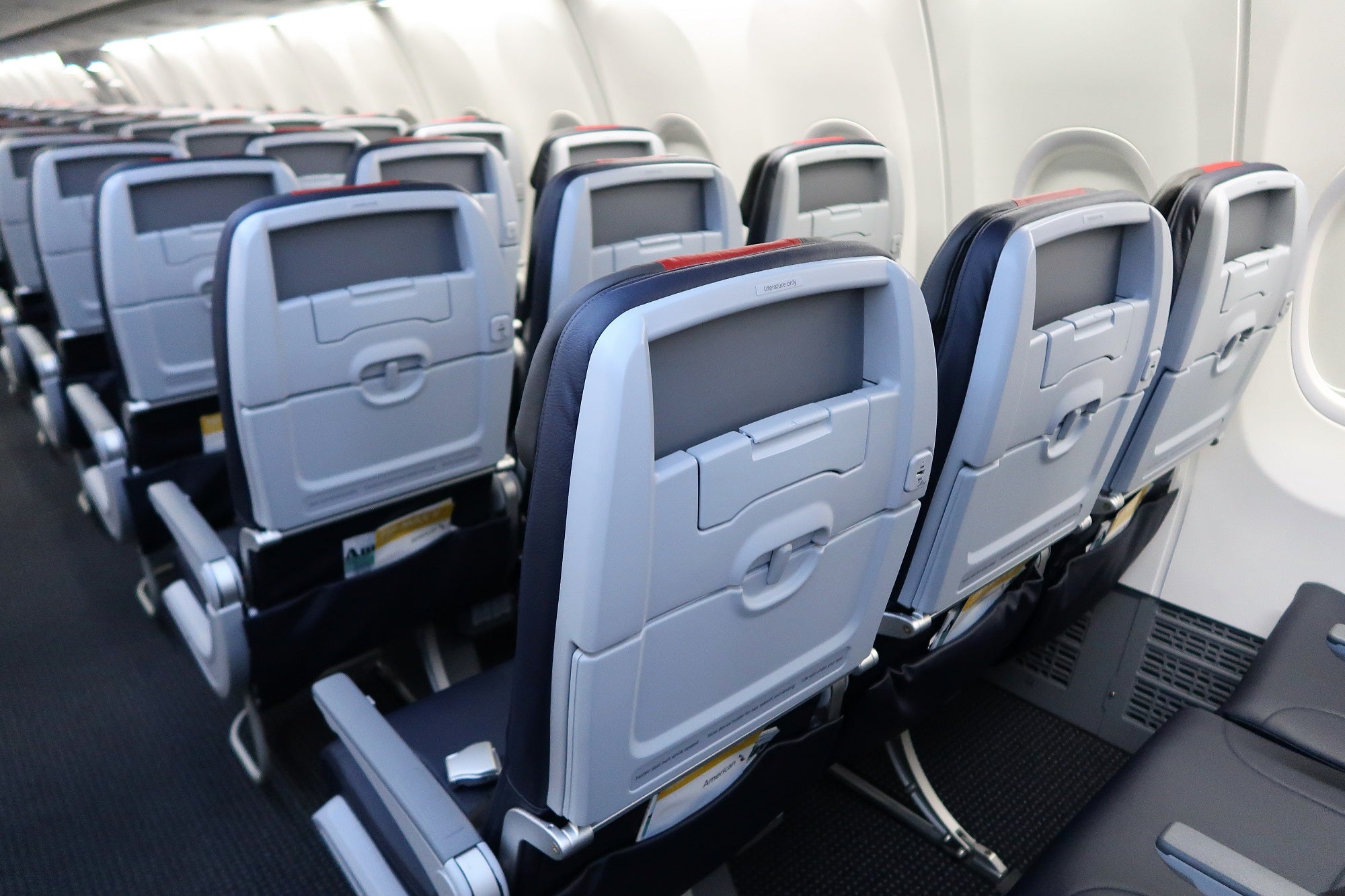 Free Internet Ending on American Airlines' 737 MAX in March for Passengers Without Gogo Plans
This post contains references to products from one or more of our advertisers. We may receive compensation when you click on links to those products. Terms apply to the offers listed on this page. For an explanation of our Advertising Policy, visit this page.

One of the few passenger-friendly aspects of American Airlines' new 737 MAX — which has been panned by both passengers and flight attendants — is the free internet. AA's newest aircraft type has offered free ViaSat satellite-based Wi-Fi to all passengers since its inaugural flight in November 2017.

Soon, the dismal 737 MAX experience will get even worse as that free internet is switched off.

American Airlines currently has three internet providers across its fleet: Gogo, Panasonic and ViaSat. Gogo is the most widespread on AA's domestic fleet, and mostly consists of painfully slow ground-based Wi-Fi — although AA is retrofitting satellite-based service on some of its domestic fleet. Panasonic is on AA's international fleet and usually performs decently well (my flight from London to Miami on Monday notwithstanding). ViaSat comes installed on AA's 737 MAX aircraft, with plans already underway to retrofit ViaSat onto existing AA aircraft.

ViaSat performed pretty well on my recent AA 737 MAX first class flight from New York's LaGuardia (LGA) to Miami (MIA), despite it being free for all passengers. That said, there were only 57 passengers onboard.

There are a couple of reasons American Airlines has been offering free internet on 737 MAX flights.

The first — and seemingly primary — reason is to appease Gogo monthly subscribers. As I confirmed with an American Airlines spokesperson after flying the 737 MAX, the airline planned on providing complimentary ViaSat internet until the airline was able to get Gogo subscribers free access to ViaSat. This is certainly an applaudable reason — but not a solution that AA uses when flying Panasonic-enabled internationally-configured aircraft on domestic routes.

The other reason for providing free internet on 737 MAX flights involves entertainment. The new aircraft infamously don't have in-flight entertainment screens installed. Instead, passengers must "Bring Your Own Device" (BYOD) and stream free provided entertainment from the Wi-Fi system.

That's annoying enough on its own, but there's another catch: in order to stream entertainment to your phone, you need to have the American Airlines app downloaded. So far, passengers that didn't know they needed the AA app have been able to download it from the free ViaSat internet connection. But, that solution is coming to an end soon.

True to its word, American Airlines is keeping ViaSat free only until Gogo monthly subscribers can access it at no cost. And now we have a timeline when that'll happen. According to an internal memo:

While we've been offering free high speed Wi-Fi on our ViaSat equipped planes for a few months, the plan is to start charging for the service in March.

The good news is that simultaneously, the monthly Air-to-Ground (ATC) (1135 airplanes) Gogo monthly subscriptions will become valid on both Gogo and ViaSat aircraft.

This is good news for Gogo monthly subscribers, who will still be able to access the ViaSat internet for free — and soon with less competition for bandwidth. Meanwhile, this is bad news for any other passenger that gets stuck flying an AA 737 MAX. And it's especially bad news for anyone that doesn't know to download the AA app before takeoff to be able to stream entertainment.

For those passengers, it's going to mean an awfully long flight with no distraction from the tightness of 30-inch pitch and 24-inch wide bathrooms.