How we planned a winter ski trip to Whistler using miles and points for our family of four, including a look at our lodging at the Westin Whistler, rental car selections, saving on ski passes thanks to the Epic pass, and so much more so that you can plan your own Whistler ski trip for less.

Whistler is an iconic place to ski or board, and it can be surprisingly much more affordable than ski trips to resorts such as Vail, Beaver Creek and Aspen. This is especially true if you have some points, miles and award night certificates to rely upon to help with the cost.

Last year, we took a five night family ski trip to Whistler without breaking the bank, here’s what we did.

Staying at the Westin Whistler on points

The Westin Whistler is a slopeside hotel that sells for legitimately over $1,000 per night during the peakest of peak seasons between Christmas and New Year’s, but rooms are available using Marriott points. 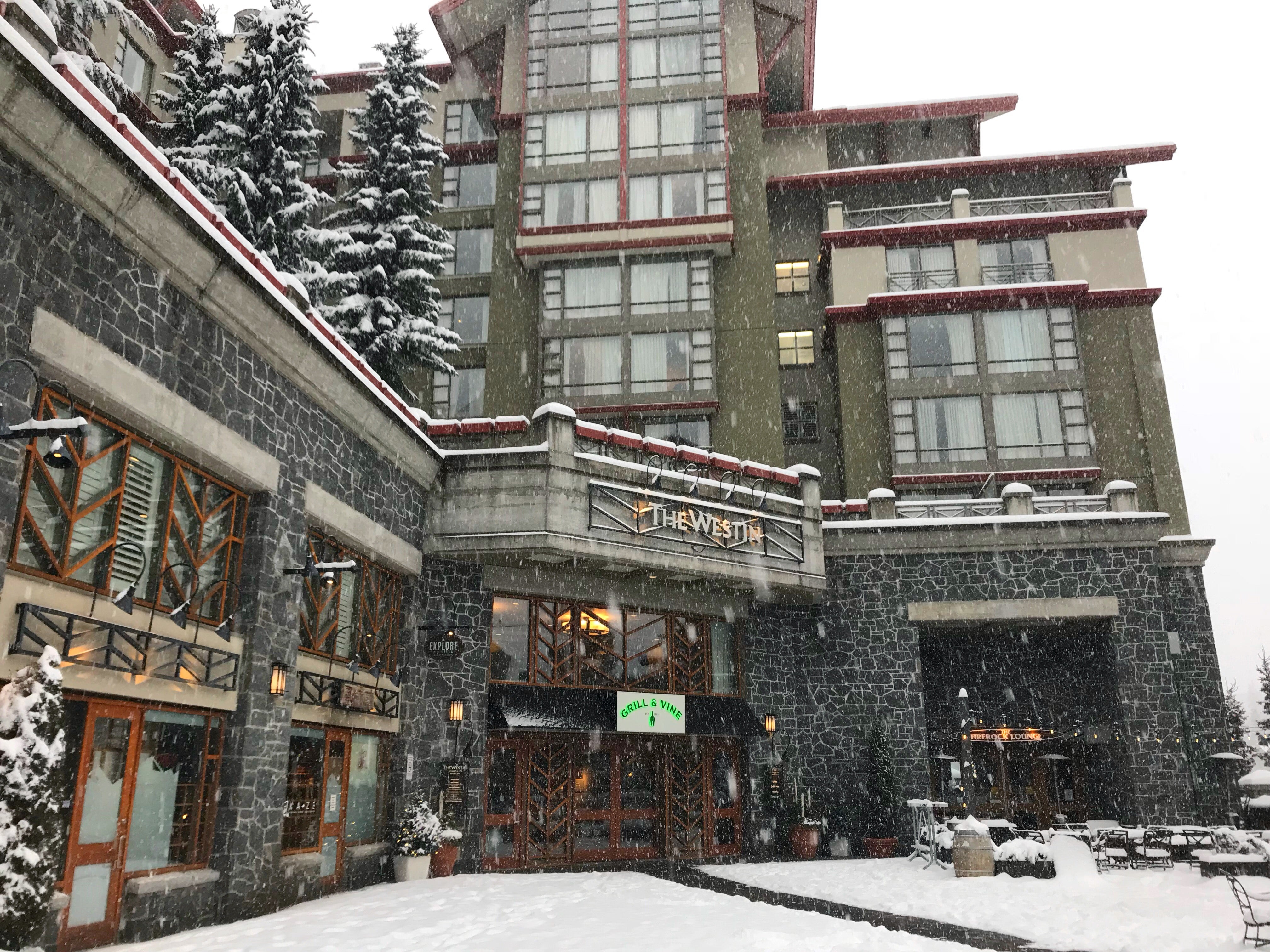 The standard room bookable for 50k – 70k Marriott points per night is often a Deluxe Studio with one queen bed and one pull-out sofa. Last time we were there, we paid just $150 additional per night to go from a standard room to a large two-bedroom suite we shared with another family.

This seems like a fluid rate as it then dropped to $200 per night, went back up to $400 per night, and a few days before check-in I was emailed an offer to confirm a one-bedroom suite for an additional $200 per night. Ultimately, we decided not to spend anything additional for a larger room in part because we now do better in a room with two real beds than a suite with just one real bed. While we passed on a suite, we did ask to confirm a room with two true queen beds in advance via email, and perhaps in thanks to my Platinum status, that request was thankfully granted.

Flying to Seattle instead of Vancouver to visit Whistler

We were initially planning to fly in and out of Vancouver and then drive the roughly two hours to Whistler as we did on our last trip to the area, but ultimately award availability and flight times pointed towards Seattle being the better choice. Not only were award flights to Seattle cheaper and better timed, but we avoided paying a couple hundred dollars in taxes on the awards by keeping our flights domestic.

We used a mix of Alaska and American miles to fly an Alaska operated nonstop flight from Houston to Seattle the day after Christmas on the outbound and then American operated flights from Seattle to Dallas and then onto Houston on the return. These flights can be had for 12,500 miles each way, which was a pretty solid deal considering we were traveling on a very peak week and needed four seats. We got free checked bags thanks to my Alaska MVP 75K status on the outbound and thanks to having a co-branded American Airlines card on the return.

Flying into Seattle meant renting a car and driving the five hours from Seattle to Whistler, but even if we flew to Vancouver, we would have still likely rented a car thanks to our kids, car seats, and astonishing nine bags of stuff and gear. This means that the rental car cost was basically static regardless of flying into Seattle or Vancouver. 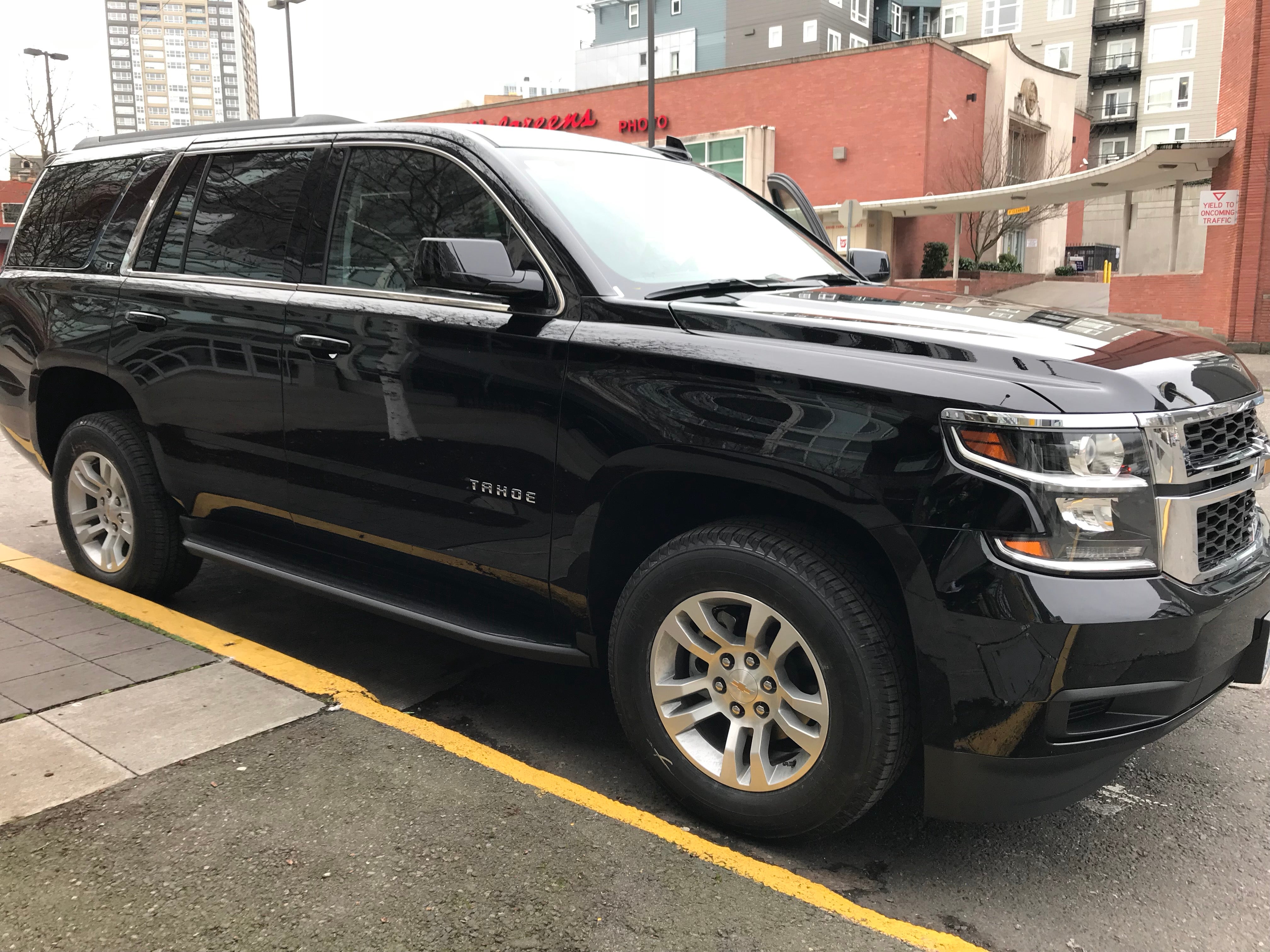 Because weather conditions in the winter are iffy and the reality that we knew we would have a ton of gear, we rented a large SUV from Hertz and we needed every square inch. In the end, they gave us a brand new Chevy Tahoe that was a perfect match for our needs. We paid about $388 + taxes/fees for the weeklong rental using The Platinum Card® from American Express CDP code which isn’t cheap, but isn’t bad for what we got. 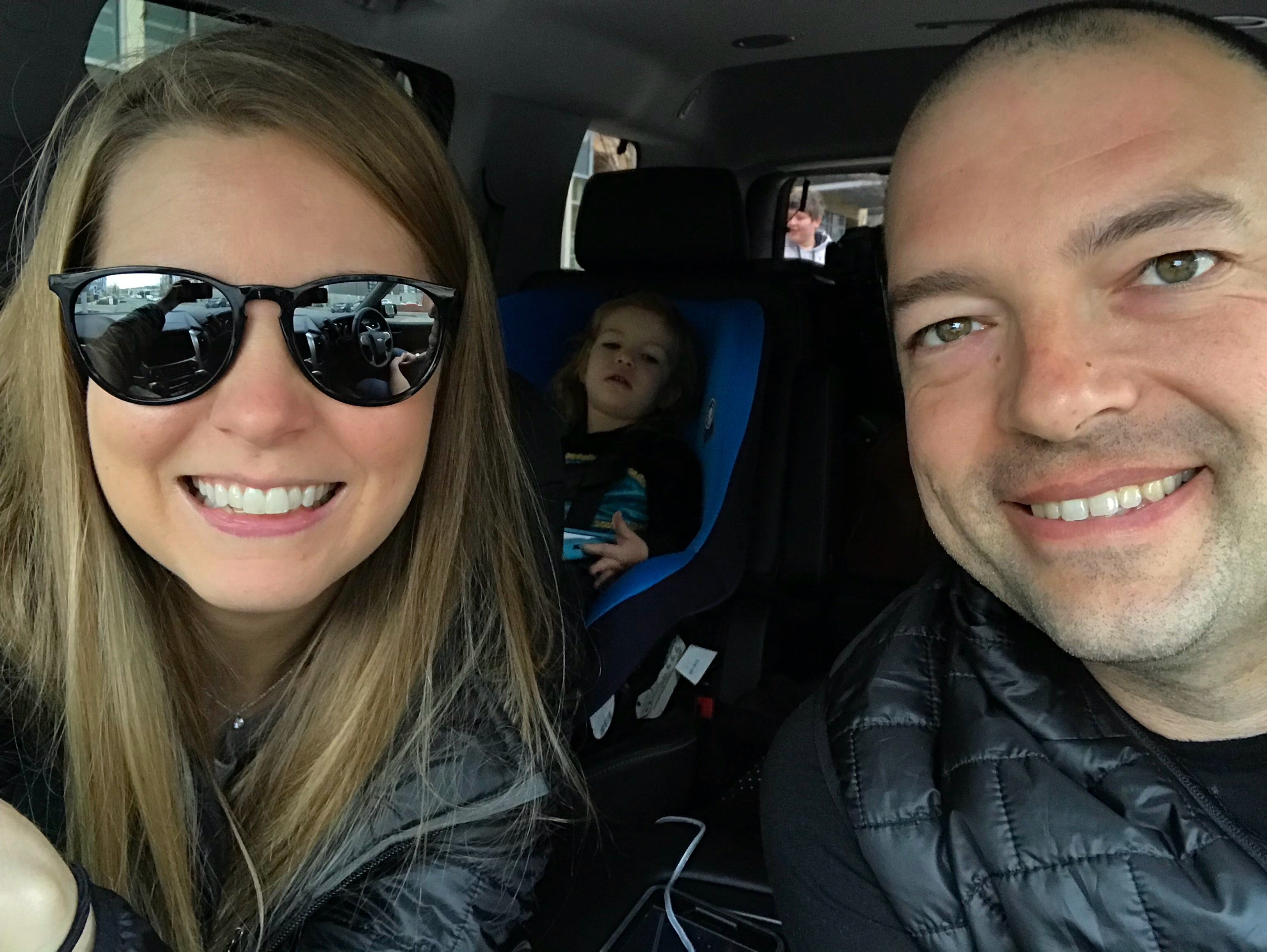 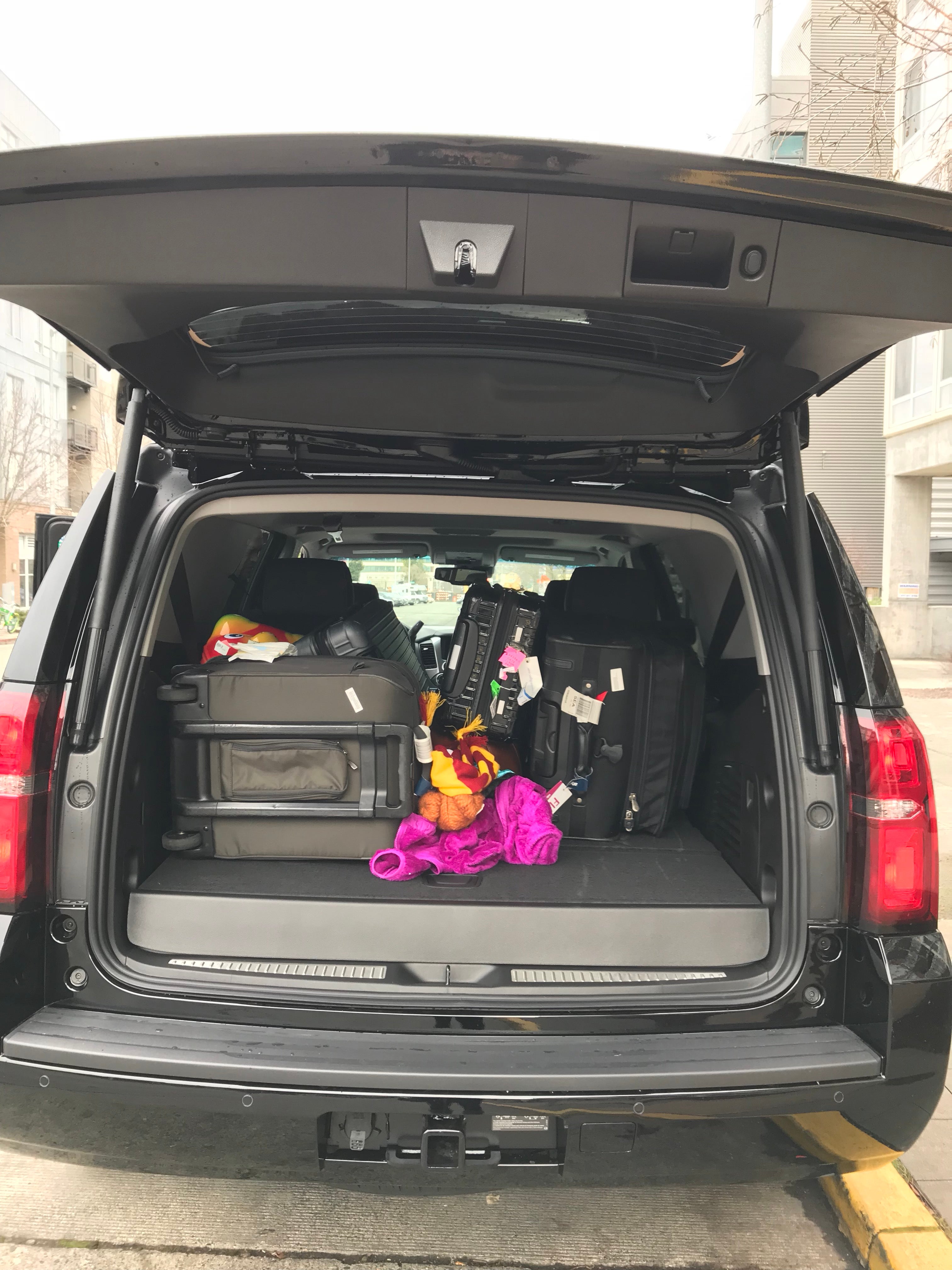 Since we flew in and out of Seattle this meant that we needed two hotel nights in Seattle, one on the front and back end of the trip. On the first night of the trip, Josh needed one final paid Hyatt night for the fast track Globalist offer that was available to Hyatt credit cardholders, so we simply selected the cheapest Hyatt that would work in Seattle and paid a little over $100 for the Hyatt Place Downtown Seattle. Had we not needed the Hyatt stay credit we would have used points to stay right next to the airport instead of heading into downtown for the overnight.

For our final night of the trip, we did want to be downtown so we could enjoy some of what Seattle has to offer, so we stayed at my favorite Seattle points-friendly hotel, Hyatt Olive 8. As a Category 4 property, we used a Category 1-4 Hyatt award. As a Hyatt Globalist, full breakfast was (mostly) free and valet parking was also included as it was an award stay. The parking alone represented a big savings in downtown Seattle!

Skiing for less in Canada

We had breakfast benefits every day of the trip thanks to Hyatt Globalist and Marriott Platinum status and had only $100 or so of hotel costs over the course of the seven nights thanks to using points and award certificates. However, food and skiing in Whistler aren’t cheap, even when you keep other costs down. To minimize ski costs I bought an Epic 7 Day pass using an Undercover Tourist Amex Offer a couple months ago. This kept my per-day cost to ski under $100, which these days is pretty darn good. I used some of the ski days in Whistler and still have some to use when we head to Vail later this ski season. 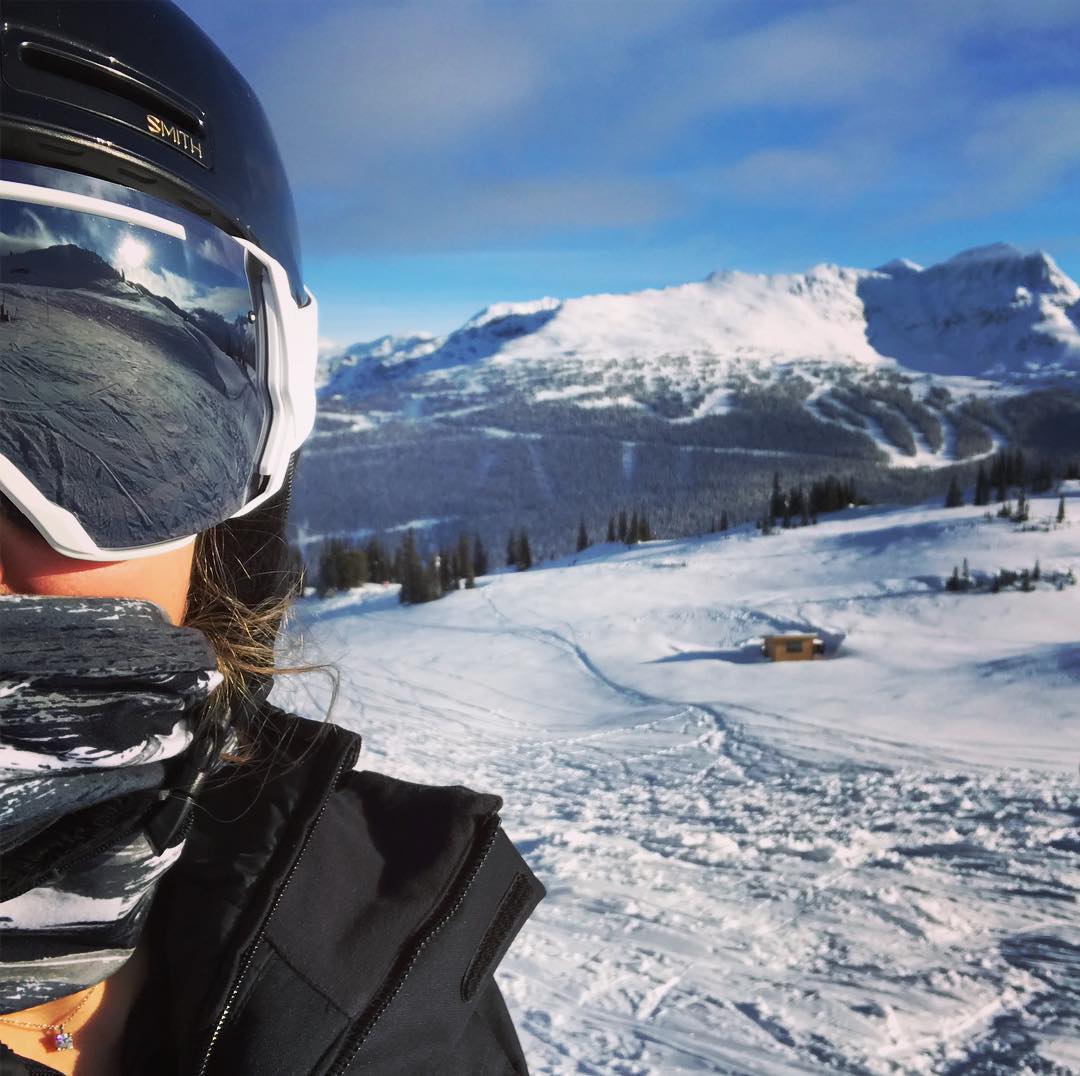 My oldest daughter went to ski school for a couple days and then I used a Ski With a Friend discount from my Epic Pass to get her a one-day kid’s ticket for just $67 thanks to that discount. That isn’t cheap, but compared to as much as $117 per day for a child’s lift ticket at Vail, it isn’t too shabby. Remember that all these prices for things in Whistler are stated in Canadian dollars, so if you are ultimately paying with USD you are paying about .80 on the $1.00.

Ski school at Whistler was about $250 CAD per day during the holiday week, which is about $200 USD per day. That is a bunch of money, but it is less than Colorado resorts such as Beaver Creek, Aspen, and Vail when you factor in the exchange rate. The Whistler Kid’s Daycare program for our two-year-old was $99 per day and it is located right in the Westin Whistler, which is extremely convenient.

Both ski school and daycare must be booked in advance for peak weeks or you are very at risk of not getting what you are hoping for as the slots do fill up. Again to give some cost reference, the advance purchase rate of a day of daycare at Aspen Treehouse is $174 USD, so paying $99 CAD at the Whistler Kid’s program was comparatively a great deal and she absolutely had a blast. 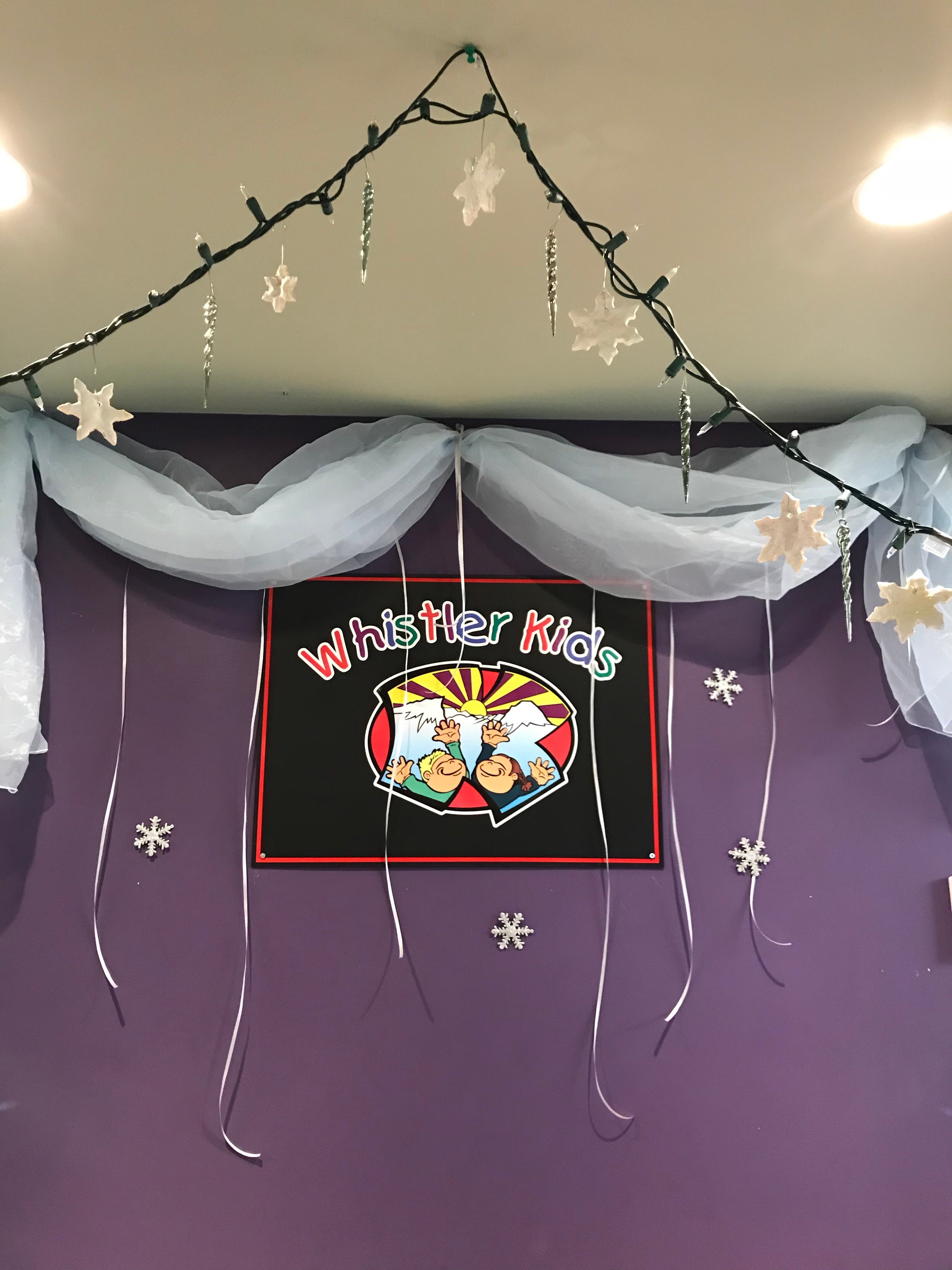 I’ll be doing tons of posts on this trip in the coming days and weeks, but now you have the outline for how we planned and paid for the trip. It is a trek to get from Houston to Whistler, but it was so very much worth it. The snow conditions were outstanding, the people were as friendly as we remember, the prices, while still high, are better than at many Colorado resorts, and when you stay at the Westin Whistler everything is so incredibly convenient.

This is a trip we have now done twice and that I would absolutely do a third time in a couple of years, so I’m more than willing to help you piece together something similar so you can enjoy Whistler using your miles and points!

Summer Hull , aka Mommy Points, ran the Mommy Points site for families who want to travel more for less using miles and points for seven years. She now heads up a variety of special projects at TPG when she isn't exploring the world with her own two girls.
You might like
Turkish Airlines debuts its 12th US gateway: Seattle
News
Yesterday
Kimpton’s newest secret password can help you ‘stay cool’ with a fun surprise at check-in
News
Yesterday
United finally expands its domestic first-class meal service
News
Yesterday