Celebrating a Third Birthday at Disney World for Free

Articles
Summer Hull , aka Mommy Points, ran the Mommy Points site for families who want to travel more for less using miles and points for seven years. She now heads up a variety of special projects at TPG when she isn't exploring the world with her own two girls.
Follow
Jan. 15, 2018
•
5 min read 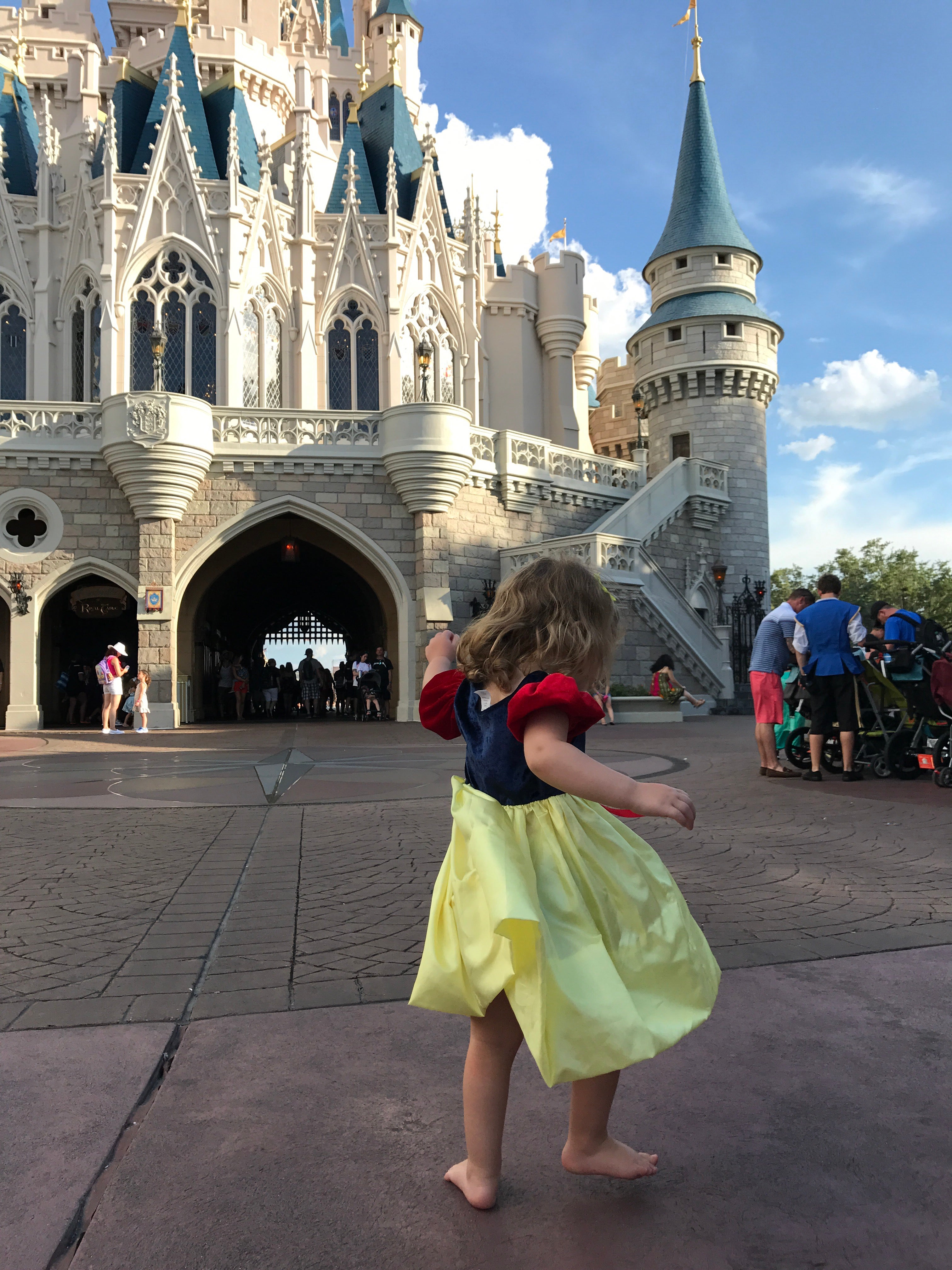 Celebrating a Third Birthday at Disney World for Free
This post contains references to products from one or more of our advertisers. We may receive compensation when you click on links to those products. Terms apply to the offers listed on this page. For an explanation of our Advertising Policy, visit this page.

My mind is one that has to plan way ahead in order to function at its best. It's a blessing and a curse, but it means that now that the calendar has rolled into 2018, there are some things I like to at least have outlined in terms of planning outside of just travel. In large part because I do not take celebrating another year together for granted, we pretty much always throw relatively big birthday parties for my daughters. Even though we just wrapped up an 8th birthday party in December, now that we are into a new year, my mind wants to have an idea of what to expect when my youngest turns 3 in July and the oldest turns 9 at the end of the year. I'm okay not really addressing the December birthday quite yet, but for the summer birthday, I'd like having a plan by this point, so I got to thinking about what a 3rd birthday should look like.

For my oldest's 3rd birthday party we rented a bus that was converted into a little gym and had all her preschool friends over, but since she ended up having a bad nap that day, she hid in the pantry closet eating cupcakes by herself for most of the event. In other words, after learning from the closeted cupcake experience, I think three is young enough to skip doing a big friend party, but I still want to celebrate our littlest in a special way.

Celebrate a third birthday at Disney World for free

At Disney World and Disneyland, the magic age at which you go from getting in totally free to paying the $100-ish per day child's ticket cost is three years old. After our awesome trip last summer (despite the July heat), I had some hopes of getting in one more short visit before our littlest turns three years old and life at Disney gets even more expensive. Not only will by youngest soon require a child's ticket, but my oldest is darn close to needing an even more expensive adult ticket since that "magical" adult age is 10 years old.

I started to wonder, what if we ditched spending money on invitations, balloons, decorations, a venue or bouncy house rental, food, cake, etc. for just a year and instead spend that money celebrating her third birthday at Disney? She would get in free for the duration of the trip as long as the Disney aspect of the trip starts while she is still two years old since "no one ages at Disney". The cost of the rest of our Disney tickets for a short trip isn't that painful if we aren't spending cash on a party at home. Obviously, a Disney trip costs more than any third 3rd birthday party we would throw at home, but if miles and points play a strong supporting role in transportation and lodging, the additional cost for tickets isn't that terrible.

Our youngest loves princesses, castles, Mickey, Minnie, and wouldn't love to celebrate their special day in a very magical way? Any character meals and similar would also still cost $0 for her if she just snacked off our plates as she will be considered a two-year-old for the duration of this trip.

Turn two trips into one

That got things rolling in my mind, but then it got better. Right now my eight-year-old is all about Harry Potter. Her Christmas this year was essentially one big delivery from Hogwarts. In fact, we've had to pause her at the third book for now as she was hauling through them much faster than I anticipated and was going to end up reading some darker and more mature storylines than we were ready for in the later books.

While her birthday isn't until December, I wondered if she would trade a big friend party this year for a special day of her own at Wizarding World of Harry Potter while we are in either Orlando or California this summer doing a Disney Day for Little S. She could still do a little birthday celebration when the time comes with the neighborhood girls and family, but if she was willing to skip a big shindig this year, we could then shift those expenses into visiting Universal Studios while we are already in the area this summer. After seeing a few photos of the amazingly well done Wizarding World of Harry Potter, she was ready to sign on the dotted line.

Having a special day designed to celebrate each girl in a spot that they will love sounds like the perfect arrangement for us this year instead of ordering invitations, coming up with party themes, and spending a good chunk of money hosting the same sort of parties we have done for many years. Doing these trips just before our youngest turns three will mean she is free at both Disney and Universal Studios which save hundreds of dollars over the cost of the same trip once she blows out her three candles.

This idea isn't set in stone yet, but enjoying Disney for free as you turn three sounds pretty perfect to me. Has your family ever done something similar to celebrate your little ones?