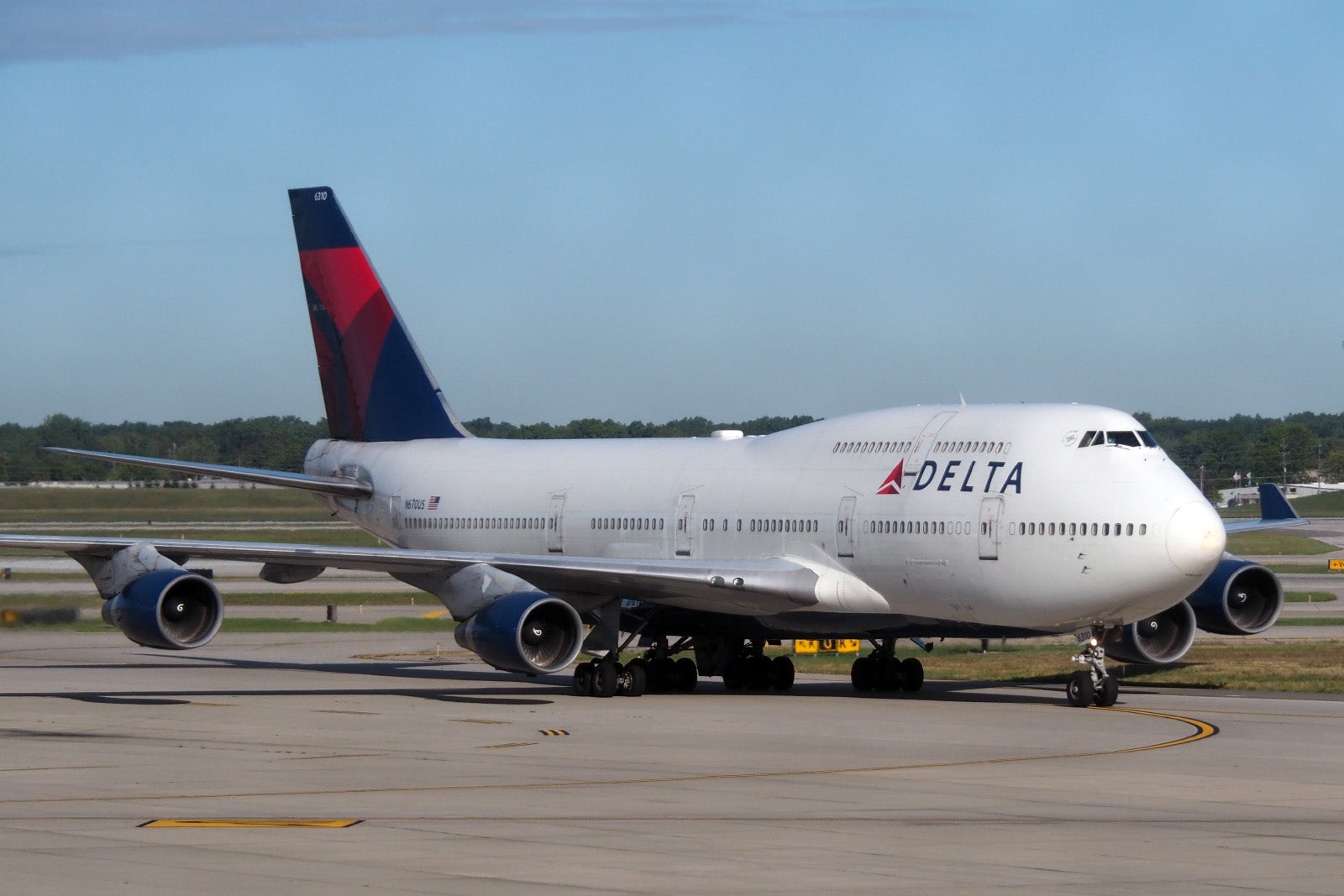 Delta Changes the Date of Its Last 747 Revenue Flight Just Days Before It Was Scheduled
This post contains references to products from one or more of our advertisers. We may receive compensation when you click on links to those products. Terms apply to the offers listed on this page. For an explanation of our Advertising Policy, visit this page.

Delta, an airline that already retired its last Boeing 747 in 1977 before inheriting more in its 2009 merger with Northwest, now has the honor of being the final US airline to operate the iconic aircraft. A little more than a month after United became the second-last to retire its 747s, Delta planned to fly its last ever Boeing 747 passenger flight on December 17 from Seoul (ICN) to Detroit (DTW). The airline announced the last commercial flight weeks ago, and then also announced a farewell tour. But on Tuesday afternoon, six days before the final flight, Delta changed its mind, throwing into disarray many flyers who had booked the last-ever commercial flight of a US 747 in mainline service.

Delta has now added two more 747 flights, moving back the date of its final flight. According to a Delta press release on Tuesday, the new final scheduled 747 flights for passenger service will be:

The press release notes that "Delta's Employee Farewell tour, also carrying several customers who bid for passage using their SkyMiles, will continue as previously planned." The Farewell Tour kicks off on December 18 while Delta's final 747 aircraft for passengers will be at ICN, so Delta will have to use a different 747 for the Farewell Tour.

It's important to note that the original final flight date of December 17 wasn't just determined from flight schedules but was specifically announced by the airline on November 14. There are surely plenty of 747 fans that booked the December 17 flight in order to be on this historic flight. Now, they're ending up on just another Delta Boeing 747 flight.

The flip side is for those that originally booked Delta's brand new A350 Delta One Suites on the December 17-19 flights between DTW and ICN. While these passengers will now get to experience one of Delta's final 747 flights, the big downgrade from Delta's newest business class product to a tired Delta 747-400 business class product probably won't be welcome by some.

Similarly, the passengers that shelled out extra miles or dollars to try Delta's new true A350 premium economy product on these December 17-19 flights will probably end up in a simple extra-legroom 747 economy Comfort+ seat.

Who wins in this scenario? Well, maybe you. If you weren't able to book the original final 747 flight for December 17, you might be able to jump on it now. Economy awards on the historic flight start at just 35,000 Delta SkyMiles plus just 46,200 Won (US$43) one-way:

This won't be the first time that Delta extended its 747 operations after scheduling a "final" flight. Delta operated a special final domestic 747 flight in early September, just to press its 747s back into domestic service shortly afterward. In that case, it was to help evacuate Floridians ahead of a hurricane — an understandable reason for another "final" flight. This time, Delta is merely citing "operational reasons" for the sudden and last-minute change.

This is a very disappointing change from Delta. If you were booked on the final 747 flight on December 17, call Delta and see if you can get switched to the new final flight. Or, book now if you weren't able to book on the previous final flight but are able to fly ICN-DTW on December 19.