Protests and General Strike Lead to Flight Cancellations in Argentina 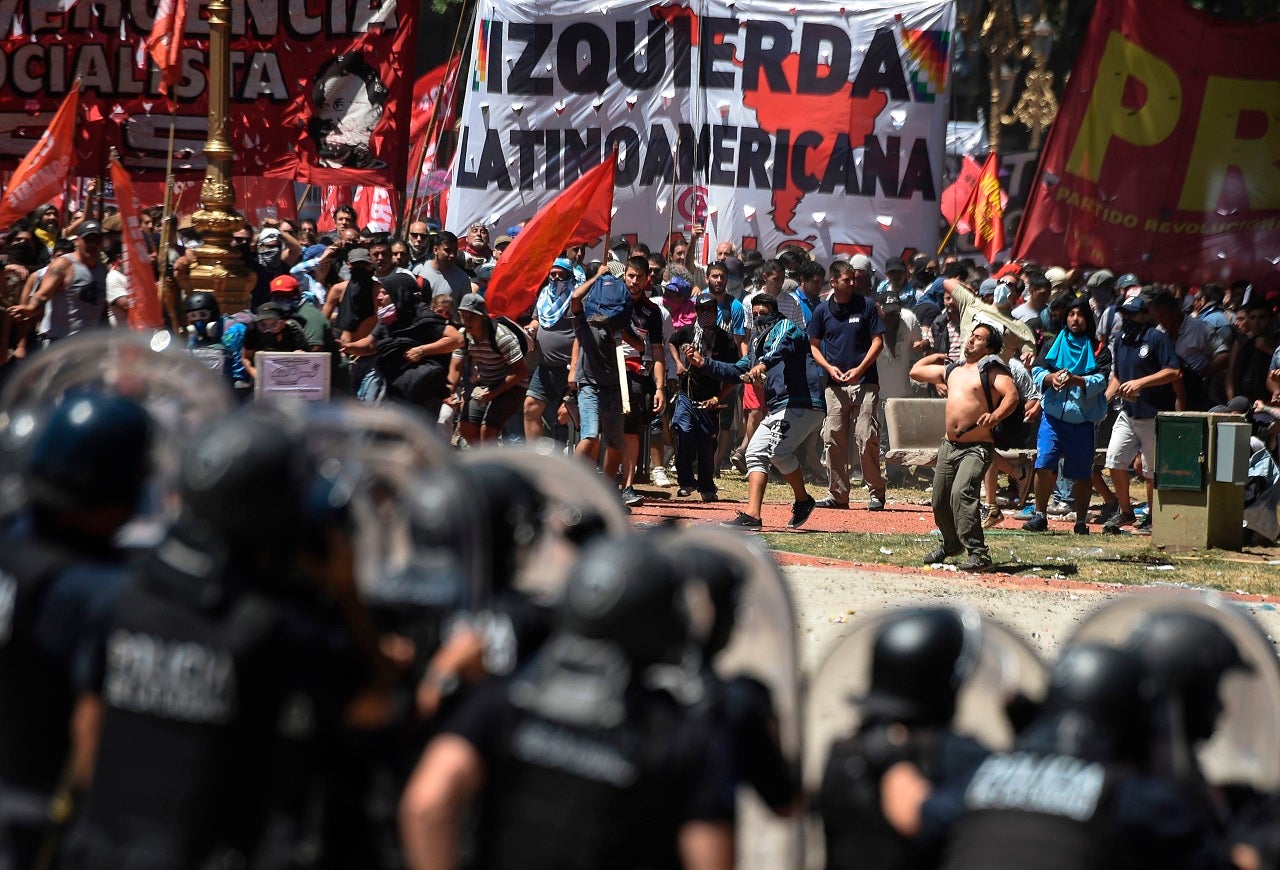 Protests and General Strike Lead to Flight Cancellations in Argentina
This post contains references to products from one or more of our advertisers. We may receive compensation when you click on links to those products. Terms apply to the offers listed on this page. For an explanation of our Advertising Policy, visit this page.

As one of the largest labor groups in the world with over 3 million members, around one in five Argentine workers is a member of CGT. So, a strike by this labor union can cause severe impacts to all aspects of life in the South American nation, including travel.

According to a notice posted on the Argentine version of its website, LATAM Airlines has cancelled all domestic and international Argentina flights through noon Tuesday. The translated version of the notice reads:

LATAM Airlines informs that due to the national strike in Argentina for 24 hours, announced as of noon today, the operation will be canceled since then for domestic and international flights in the airports of this country.

After 12 noon of tomorrow, Tuesday, December 19, the service will be gradually restored.

Similarly, Aerolineas Argentinas is cancelling all Argentina flights "with respect to the work stoppage decreed by the CGT:"

Even if you're not flying on LATAM or Aerolineas Argentinas, you might face delays or cancellations if flying in, out or through Argentina on Monday night or Tuesday. FlightAware has already tracked 559 cancellations so far in the country's three largest airports:

Two US airlines currently have travel waivers to allow you to change your flight: