Local Beer Is Trending at an Airport Near You 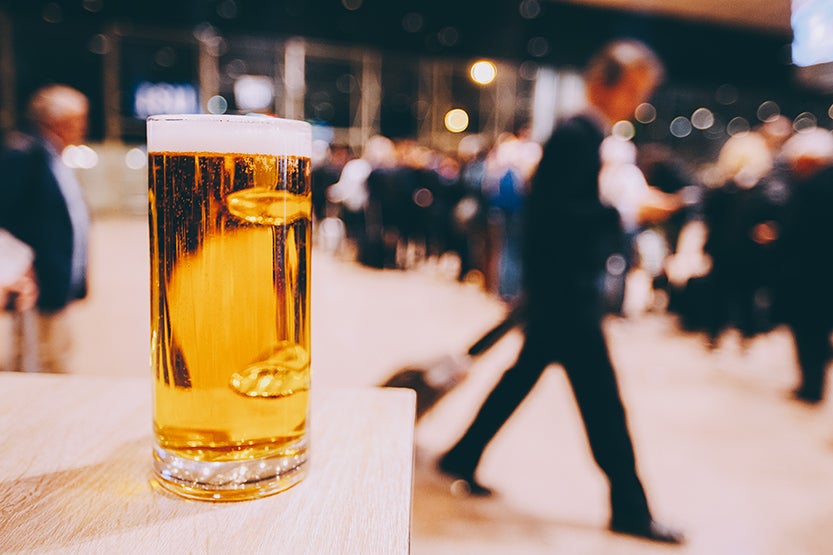 As a veteran beer writer, these options were less appealing than a Natural Light keg stand. I wanted a final taste of Michigan's brewing scene. Thankfully, I finally found hockey-themed SlapShotz. The TV-ringed bar's local-leaning tap list starred Founders All Day IPA, Bell's Two Hearted Ale and the drink that became my order, Short's Huma Lupa Licious. It was floral and citrusy, bitter and justly boozy; travel stress melted with each Michigan-made sip.

A decade back at airport bars, I danced a joyous jig whenever I scored, say, Sam Adams Boston Lager or Sierra Nevada Pale Ale. Maybe they weren't brewed nearby, but the beers were full-flavored life rafts in a sea of mass-produced lagers. Today, America's homegrown-brewery count has ballooned, with more than 5,500 countrywide, and a couple thousand more in planning.

And as beer fans know, breweries are no longer clustered in early-adopting cities such as Portland and San Diego. They're mushrooming from Dayton, Ohio, to Decorah, Iowa, and St. Petersburg, Florida. Filling downtown storefronts and abandoned industrial spaces, beer makers have become institutions that locals rally around like a sports team. Coffee-infused stouts and super-bitter IPAs are city symbols, much like a Philly cheesesteak or Chicago-style hot dog. In response, airport bars and restaurants have tapped into the local-beer trend.

"We are traveling for beer," says Julia Herz, the director of Brewers Association's craft-beer program. "Why not have beer be a part of your travels while you're in the airport?"

For a long time, airport beer offerings had been as standardized as a McDonald’s menu, with major brands poured alongside the same old imports. That worked in a world without much choice. Now, tropical IPAs and rustic farmhouse ales are both commonplace and key for operators seeking to differentiate in a crowded concourse.

"As competition continues to grow at airports, it's not a captive environment for one company," says Doug Draper, the (now former) senior director of adult beverage and restaurant development for HMSHost. "It's like being on Main Street, and you need to have the best possible offerings and services. That's where the craft-beer movement has blossomed inside airports."

"Maybe it calms people's nerves before they get on the plane," cofounder Michael Sellers says, laughing.

Before launching the brewhouse in 2008, Sellers worked in the computer industry, frequently traveling and earning Delta Million Miler status.

"Craft beer lends a bit of culture if you're a business traveler just going to your hotel and back," he says. "You get to pick up a little bit of what the city is about when you’re in the airport."

The Brewhouse trains airport workers at its downtown location, schooling them on styles and back-story. It's about being a first-rate showcase for Birmingham, from friendly hello to empty-pint goodbye.

"Let our beer be the last thing on people's minds before they leave," Sellers says.

From Pubs to In-Airport Breweries

Beyond branded pubs, in which beer is trucked in, breweries have started setting up shops inside airports. At Munich Airport (MUC), you can hoist half liters of Airbräu’s house-made Krampus, a dark winter ale, and brisk Jetstream pilsner. Cigar City's Tampa (TPA) brewery has proven so successful that it's undergoing an expansion to better serve more customers TPA exclusives like cloudy Wrong Way Runway witbier paired with Cubano sandwiches.

"Sitting in the brewery and seeing the Cicerone [beer mastery] certificate on the wall just blew my mind," Herz says. "It was like, 'Look at how far we’ve come.'"

More airport breweries would be wonderful, but the reality is that these operations require something that most airports lack: enough room.

"To get enough space to brew beer and prepare and serve food is a huge undertaking," Draper says. "Our average square footage for a restaurant at an airport is 900 square feet. At most other restaurants, that would be the kitchen."

[pullquote]Drinking local beers in an airport, you can know where you are without looking out the window.[/pullquote]

When Denver completed the rail line linking downtown to Denver International Airport (DIA), the terminus’s freshly built Westin Hotel opted to install a brew-pub, a smart move in a state with more than 300 breweries and counting.

"When someone comes through DIA, they can have some of the best Colorado beer the state has to offer," says Kurowski.

"Locals will come out an hour early so they can experience it before they leave town," Kurowski says.

In some airports, travelers can take home liquid souvenirs in their bags, not just in their bellies. Once you get past security, you'll come across a few Made in Oregon shops, where you can buy wine and beer. Similarly, Silver Gulch Brewing & Bottling Company in Anchorage (ANC) sells Alaskan beer and spirits to go and The Land-Grant Brewing Company in Columbus (CMH) offers canned six-packs of beers such as the crisp 1826 Ale..

"I don't like going to an airport and finding beers from halfway across the country," Kurowski says. "Drinking local beers in an airport, you can know where you are without looking out the window."

5 Great Airport Brewery Locations (And What to Drink There)

Tampa International Airport (TPA)
The place: Cigar City Brewing
The drink: Order a pint of tropical Jai Alai IPA and a crisp Cubano and you'll be a happy camper at this working brewpub.

What are your favorite airport beers and beer haunts? Tell us your tales below!