Articles
Emily McNutt is The Points Guy's Global News Editor and is based in London.
Follow
Nov. 13, 2017
•
3 min read 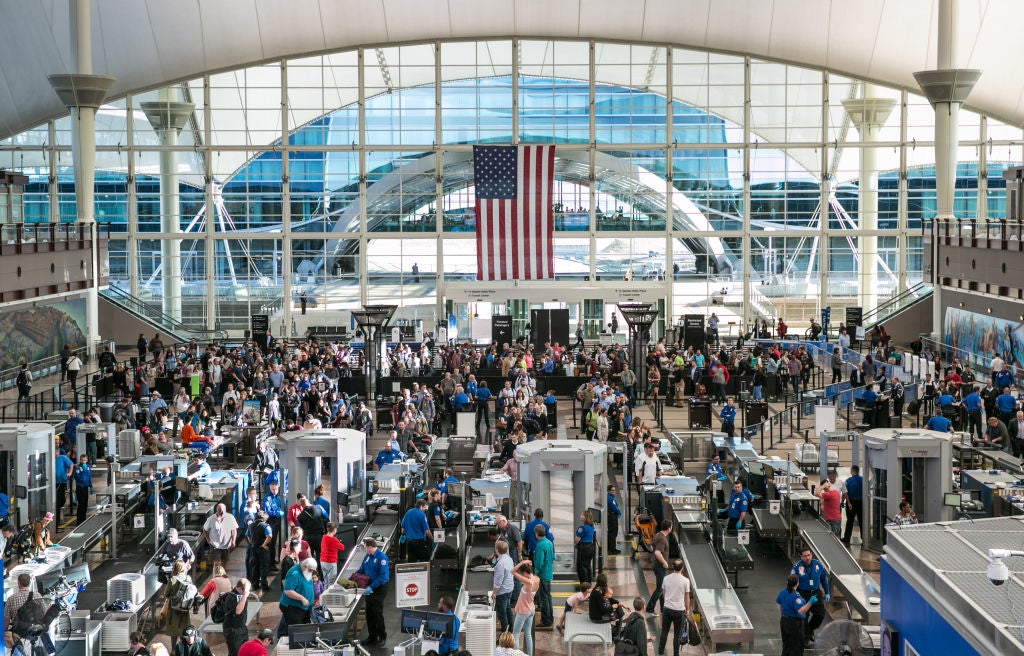 Lithium Ion Battery Explodes in TSA Checkpoint Lane, Sends Travelers Fleeing
This post contains references to products from one or more of our advertisers. We may receive compensation when you click on links to those products. Terms apply to the offers listed on this page. For an explanation of our Advertising Policy, visit this page.

Travelers at Orlando International Airport (MCO) were left scrambling from a TSA checkpoint security lane after smoke started emanating from a passenger's bag. On Friday, the smoke coming from the bag caused an evacuation of the airport, as well as flight delays and cancellations.

Video shows passengers waiting in a TSA security lane when there was reportedly a loud noise that came from a passenger's bag. Not long after, smoke started coming from the bag. Upon seeing the commotion, a TSA officer grabbed the bag and brought it to a less-crowded area — of course, not knowing what could have been the cause.

When confronted with a smoking bag at a TSA checkpoint queue yesterday, TSA officer Ricardo Perez – a 20-year U.S. Army Veteran – believed the bag contained an improvised explosive device (IED.) Most people’s first instinct in these types of situations is to run. Not officer Perez. Putting other’s safety before his own, he grabbed the bag and ran it to an area where the explosion would be minimized. Sounds like a Hollywood thriller right? The smoking bag ended up being caused by an exploding battery, but that doesn’t make his act any less heroic. Kudos to this veteran, who on Veterans Day, went above and beyond to keep the traveling public safe. This incident occurred at the Orlando International Airport (MCO.)

After the airport had been evacuated, the bag was searched. Inside, officials found a lithium ion camera battery that had exploded, causing the bag to catch fire.

According to the Greater Orlando International Aviation Authority CEO Phil Brown, the passenger "immediately dropped the bag and those around them moved away from it." A TSA official, Ricado Perez, then "arrived quickly and moved the bag farther away" from those in the crowded airport terminal. Perez, at the time, thought the bag contained an explosive device. However, inside was just a camera battery.

Camera batteries like the one that exploded are legal for passengers to bring on flights. The FAA allows lithium ion batteries on board as long as they're less than 100 watt hours and in carry-on bags.

That being said, it's no surprise that lithium ion batteries are susceptible to explosions. Earlier this year, the US implemented an electronics ban, requiring passengers to put large electronic devices in their checked luggage. At the time, the policy raised concerns about the hazard, specifically if something exploded mid-flight in the cargo hold. The FAA had a differing opinion in October, however, when it announced that it's urging airlines to ban the checking of large electronics due to the risk of them catching fire.