Articles
Emily McNutt is The Points Guy's Global News Editor and is based in London.
Follow
Oct. 20, 2017
•
3 min read 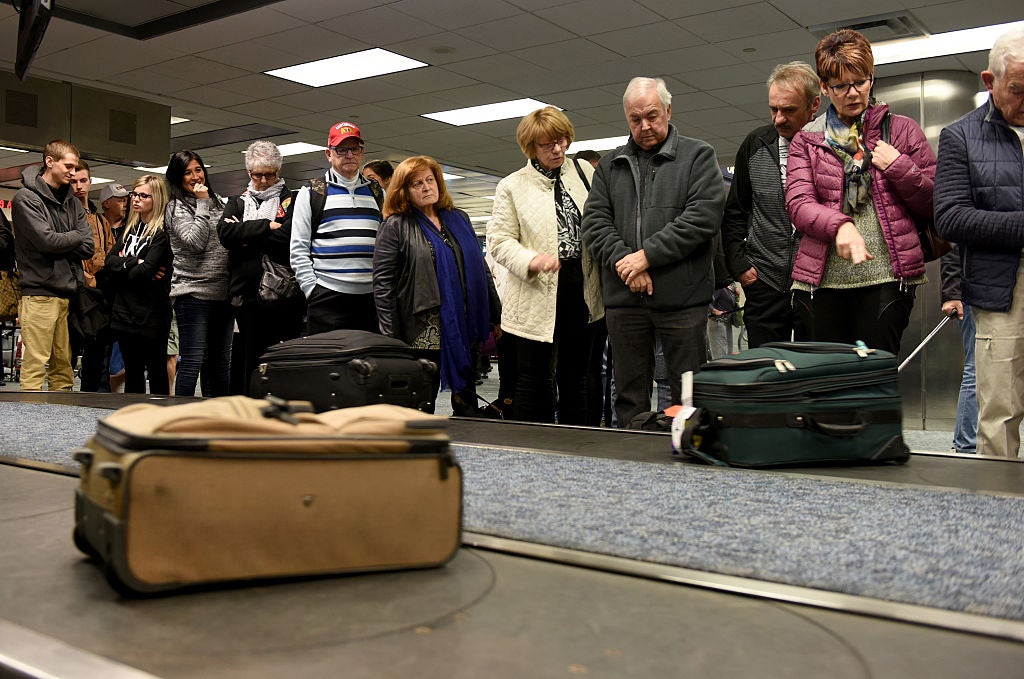 FAA Suggests Banning Large Electronic Devices From Checked Luggage
This post contains references to products from one or more of our advertisers. We may receive compensation when you click on links to those products. Terms apply to the offers listed on this page. For an explanation of our Advertising Policy, visit this page.

In a strange turn of events, the US government is now trying to convince airlines to ban passengers from checking large personal electronic devices in their luggage. The Federal Aviation Administration said that it's urging airlines to ban the checking of large electronics due to the risk of them catching fire.

This move from the FAA is ironic because the US government imposed its infamous electronics ban on on flights from select airports earlier this year, meaning passengers flying from select airports in the Middle East and Africa could not carry their large electronic devices on the plane. Instead, passengers were forced to check those large electronic devices — the same ones that the government is now trying to ban from being checked due to a major fire risk.

According to the Associated Press, the FAA recently filed a paper with the Civil Aviation Organization in the UN, noting that it had done tests showing that when a laptop's rechargeable lithium-ion battery overheats close to an aerosol spray can, it can cause an explosion. The resulting fire could be so strong as to overpower the aircraft's fire suppression system, and if left untouched, it could lead to "the loss of the aircraft."

The FAA has conducted a total of 10 tests, showing the potential for the device's battery to overheat and catch fire. One test in particular had a can of dry shampoo strapped to a laptop, causing the can to explode within 40 seconds. A fire almost immediately grew rapidly. While the explosion itself couldn't damage the plane, the fire grew so large that the suppression system was unable to extinguish it, leaving nothing to prevent it from spreading further. In addition, the tests concluded that other goods that are allowed in checked baggage also caused fires but no explosions — nail polish remover, hand sanitizer and rubbing alcohol.

The conclusion of the paper was a suggestion that passengers shouldn't be allowed to check their large electronic devices unless they have approval from the airline. The FAA wrote in the paper that several other agencies agreed with its conclusion, such as Airbus, the International Federation of Airline Pilots' Association and more.

Of course, this is the exact opposite of a policy that was, until July, implemented on large electronic devices in carry-on luggage. It's not clear at this time if these findings and the FAA's conclusion to ban electronics from checked luggage would apply to US domestic flights. While nothing has been officially decided yet, this is surely something that will have an implication on flyers if it is indeed passed.