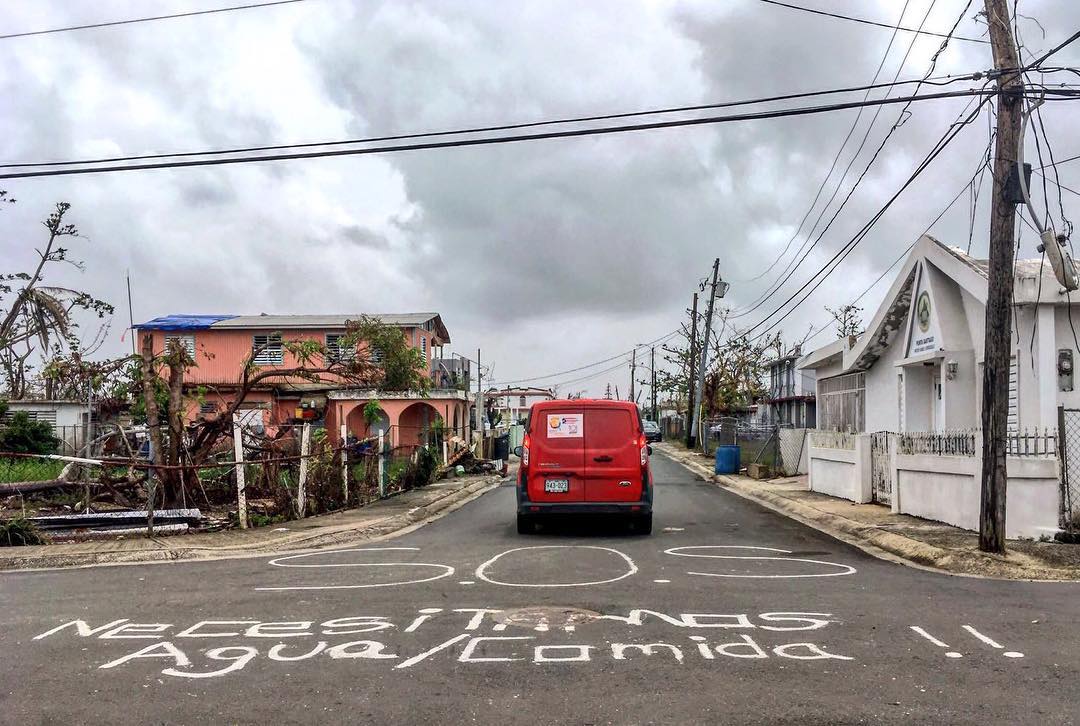 2017 has been an unrelenting year for natural disasters. From wildfires to earthquakes to hurricanes, there has been no rest for the weary. Some of our favorite travel destinations worldwide have seen complete devastation — wildfires have ravaged Northern California, hurricanes have completely destroyed parts of Texas and earthquakes proved deadly in Mexico. But in the face of disaster, we've seen how people can come together to help those in times of need. Here's how you can help out those affected by 2017's most catastrophic natural disasters.

Wildfires broke out in Northern California on Sunday, October 8, and have killed more than 40 people as firefighters continue to work on extinguishing the quick-moving flames. The outbreak is now one of the deadliest in the state's history, according to the California Department of Forestry and Fire Protection, affecting regions like Sonoma County, Mendocino County, Yuba County and Napa County. Below are ways you can help out victims and their families in the area.

Mexico was ravished by not one, not two, but three earthquakes within a 15 day period. The first and largest earthquake (and strongest to hit the country in a century) shook the southern tip of the country near the Guatemala border in early September with a magnitude of 8.1, killing dozens. Less than two weeks later, the country was rattled by a 7.1 magnitude quake killing more than 300 people. Four days after that, the country experienced a 6.1 magnitude earthquake. The country is in desperate need of help right now. Find ways to help below.

Hurricane Maria wrecked Puerto Rico with a direct hit as a Category 5 hurricane and winds measuring over 150mph. Now, the hurricane aftermath has turned into a humanitarian crisis. The island still has little power and water, fuel and food are still extremely scarce. Experts estimate it could be up to six months before power is restored to the island and that the death toll will reach into the hundreds. The island is in desperate need of aid, which you can send via the links below.

Hurricane Irma was the most powerful Atlantic hurricane ever recorded. Before the storm made landfall, the largest mass evacuation in the country's history took place from southern Florida — six million people were advised to leave under the mandatory evacuation. Many homes and buildings were completely destroyed and many lives were lost. Barbuda, Antigua, the Florida Keys and Cuba were some of the places that saw extreme damage. Help the areas affected by Hurricane Irma by donating money or time to the places below.

Hurricane Harvey was the first major storm to make landfall in the US in 2017. It caused catastrophic flooding in Houston as well as the surrounding areas. It also had powerful winds and a storm surge that wreaked havoc on the Texas coast. Harvey's aftermath left floodwaters in parts of Texas for days; it is now known as the wettest tropical cyclone on record in the United States. Here's how you can help Harvey victims.

Sign up for our daily newsletter
Related stories
What are points and miles worth? TPG’s December 2022 monthly valuations
Capital One Venture X to lose Priority Pass restaurants and spa services as of Jan. 1, 2023
December 2022
Current Hyatt promotions: Bonus points on stays and dining plus double stay credits
Featured image by Image by Jose Andres via Instagram