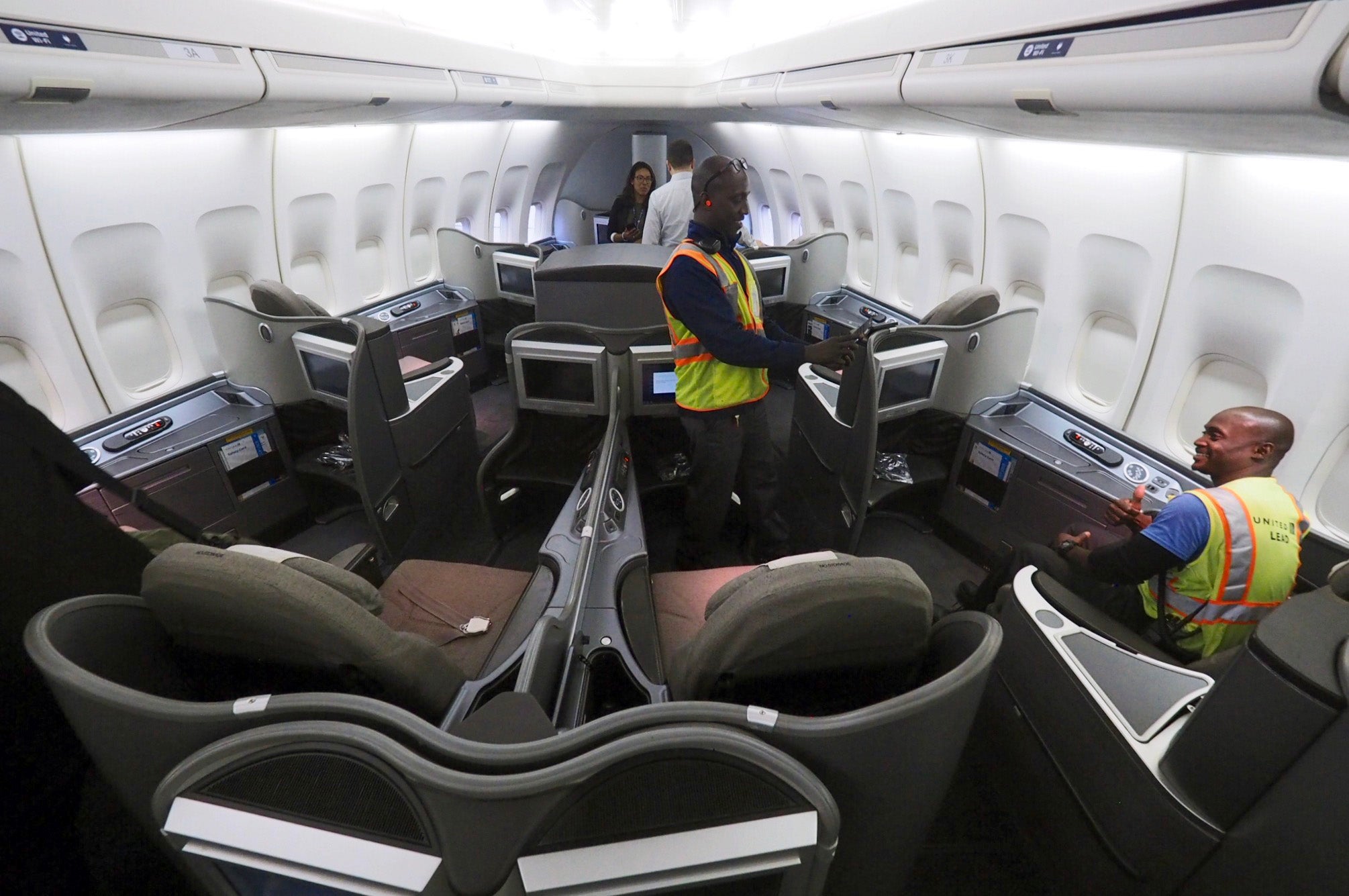 Newark's the Latest Stop in United's Never-Ending 747 Farewell
This post contains references to products from one or more of our advertisers. We may receive compensation when you click on links to those products. Terms apply to the offers listed on this page. For an explanation of our Advertising Policy, visit this page.

United's retiring the Boeing 747 next month, following a final flight from San Francisco (SFO) to Honolulu (HNL) on November 7. But you probably already knew that, given the ballyhoo surrounding UA's Queen of the Skies in particular.

Most of the festivities have focused on employees, giving everyone from managers at United headquarters in Chicago to ramp workers at Tokyo Narita a chance to say farewell to the 747. A final series of events kicked off with Family Day at SFO in early October, followed by a US hub tour, with stops and employee flights in San Francisco (SFO), Los Angeles (LAX), Houston (IAH), Washington, D.C. (IAD), Newark (EWR), Chicago (ORD) and Denver (DEN).

I caught up with the plane at Newark on Tuesday, ahead of an employee flight that sadly ended up getting canceled due to inclement weather.

The 747 was still catered for the flight, though, with United employees selected through a lottery participating in an onboard party, complete with an in-flight-style meal service.

The 747 was parked at gate 98 in Terminal C, making it easy for employees to stop by during a break.

The destination was listed as "Farewell 747" at the gate, and everyone seemed to get a thrill out of having the Queen of the Skies at Newark, where United's 747s have never been based.

Everyone had a chance to explore the plane, from first class in the nose to the cockpit at the front of the upper deck.

The upper deck was clearly the place to be, with employees queueing up for a chance to go upstairs.

Employees captured photos in every nook and cranny, posing with coworkers, friends and crew members assigned to work the canceled flight.

With mostly employees on board, none of the areas were off-limits...

...which afforded a very rare opportunity to climb into a bunk at the flight attendant crew rest, which is located above the aft galley.

After their visit, employees selected for the Newark flight received gift bags, complete with a safety card. Customers will have an opportunity to take home some memorabilia, too, in the form of special 747-themed amenity kits, which launch in Polaris and premium transcon business class later this month.

Employees selected for the Newark flight were clearly bummed that the two-hour jaunt ended up getting canceled due to weather, but the 747 visit was special nonetheless.

Customers and employees alike have only a couple weeks left to get onboard United's Queen of the Skies — the final international flight departs Seoul (ICN) for San Francisco on October 29, while the very last passenger flight will take off from San Francisco for Honolulu on November 7. TPG's Nick Ellis and I will be onboard United's retro flight to Honolulu, so be sure to say hello if you've managed to snag a seat on that very special flight!