Hotel Review: A Queen Room at the Andaz Savannah 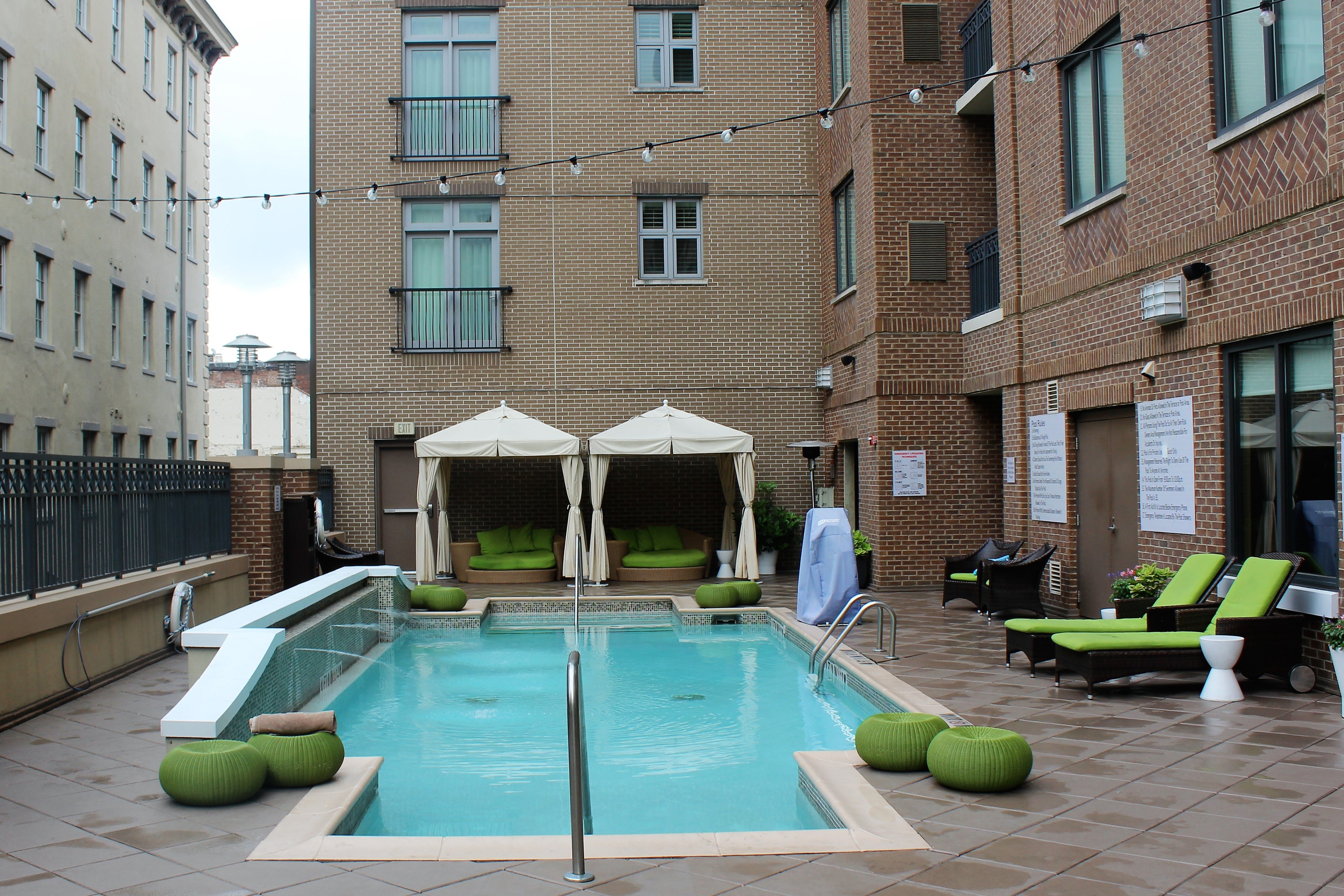 On a recent trip to Georgia, I decided to check out the ultra-modern, 151-room Andaz Savannah. Located in the heart of the Historic District, this urban escape promised a unique stay in the Southern city, but its small size didn't necessarily bode well. Here's what it was like to stay there.

The Andaz Savannah is a Category 4 property requiring 15,000 World of Hyatt points per night for a standard room redemption. Nightly rates for my dates started at $316, so I figured it would be a good idea to use my free anniversary night from The Hyatt Credit Card. In exchange for paying the annual fee of $75, The Hyatt Credit Card gives you one free night at any Category 1 through Category 4 property each year, so for me, the annual fee really paid for itself. Alternatively, I could have used the Chase Sapphire Reserve Card or the Chase Sapphire Preferred Card, which would have given me 3x or 2x Ultimate Rewards points, respectively, for the travel purchase.

My favorite thing about the Andaz Savannah is its prime location on the corner of Ellis Square, just steps from City Market — at night, the entire plaza came alive with music and the activity and smells of nearby local restaurants. City Market is home to dozens of boutique shops, restaurants and bars all offering their own unique spin on Savannah. Nightlife along River Street is only a six-minute walk away, while the 1.3-mile walk to scenic Forsyth Park took about 20 minutes.

As soon as I entered the lobby, I noticed its minimalist and modern design. The front desk was situated far forward, and consisted of two laptops on a small stack of books. The open setup felt comfortable, almost as if I was checking into a bed and breakfast instead of a hotel.

After confirming my reservation, a friendly front desk agent offered me a complimentary check-in beverage. I chose a local Georgia beer, while my travel companion sampled the house white wine.

Aside from a small concierge desk and work station, the lobby was sparse and it was a little strange to be able to sit behind the front desk while other travelers were being checked in.

The space was filled with bold local artwork, all of which was available for purchase, while a more extensive gallery was located near the conference center.

The Queen room was 370 square feet but felt much larger because of the long entrance corridor and the presence of a narrow desk. I was initially worried that the view would be obstructed by nearby buildings, but was pleased to see this was not the case. The views were not that impressive from the fifth floor, though, so I'd recommend requesting a higher floor if that's what you're after.

The first thing you'll see upon entering the room is two queen-size beds with incredibly large golden headboards. Had they not been present, the plainly painted purple wall would've seemed bland.

Between the bed and the window were a floral armchair and an ottoman. While the design seemed a little excessive compared to the rest of the room, the upholstery was textured and the chair itself was extremely comfortable.

Across from the beds, a narrow desk was pressed against a tan wall. The work space was completely useless, as the desk was much too tall to be used properly.

This simple design flaw appeared to be the result of sticking the mini-fridge underneath the desk.

Although the contents of the mini-bar were mostly complimentary — alcoholic beverages were not included — the spread itself was unimpressive. Aside from a few cans of soda, we received a single bag of potato chips and one granola bar, while a can of beer was the only cold alcoholic beverage available. I figured someone might have forgotten to restock it, but even after I called the front desk, they only added one additional bag of chips.

Aside from a 32-inch LCD TV, the only other piece of technology in the room was an outdated speaker — there was no auxiliary input, so unless I was rocking an iPhone 4 or just enjoyed listening to AM/FM radio, it wouldn't have gotten much use. The nightstand did have USB charging ports, but only for the bed farthest from the window.

The bathroom had a simple design, with a single mirror and narrow shower. The lighting was excellent and the mirror with a bright LED frame.

The shower was quite cramped. A stainless-steel shower head was mounted to the wall, but positioned in such a way that it was impossible not to spill water onto the bathroom floor.

Some of the bathroom's metallic fixtures were slightly corroded, which felt out of place in a room priced at this level.

Inside the hallway closet, I found bathrobes and slippers. The material was thick and soft, perfect for lounging, while the towels were of a similarly pleasant texture as well. The bathroom also included toiletries from 29 by Lydia Mondavi. The grape seed body gel smelled fantastic and left my skin feeling refreshed after a long day of exploring.

The pool terrace included a fire pit, multiple semi-private cabanas and plenty of seating, but sadly there was no bar or restaurant to order drinks or food from. The outdoor pool deck was decorated with seasonal flowers and brightly colored furniture.

The design was classic and elegant. I can imagine the entire terrace filled with guests during the hot summer months.

Next to the pool was a 24-hour fitness center. I was surprised to see that it contained enough equipment to keep most fitness enthusiasts satisfied — from cardio machines to free weights, all the essentials were covered.

There were two baskets — one with fresh fruit and the other with disposable headphones — on top of a mini-fridge full of water and cold towels.

The 22 Square Restaurant & Bar was the only dining option at the Andaz Savannah and its design was nearly identical to that of the lobby.

The extensive breakfast buffet did not disappoint, with a spread including fresh fruit, breakfast meats, salads and made-to-order omelets. It was $22 per person, though, so I'd probably opt for breakfast outside the hotel in the future. Great food is something Savannah is known for, after all.

Although the design of the rooms left a lot to be desired, the property as a whole hit the target. Its location on Ellis Square was close enough to every attraction I wanted to see, while it was still removed from areas generally swamped with tourists. In terms of the Hyatt Credit Card's free anniversary night, I'd say this was a big win, especially if you're looking for a unique boutique experience combined with the high level of service and amenities synonymous with the Andaz brand. If you're coming to Savannah on business to get work done, though, you'll want to look elsewhere, as that too-tall in-room desk is pointless.

Have you ever stayed at the Andaz Savannah? Tell us about your experience, below.

Featured image by The pool was a classic rectangular design with a small water feature on the left hand side.