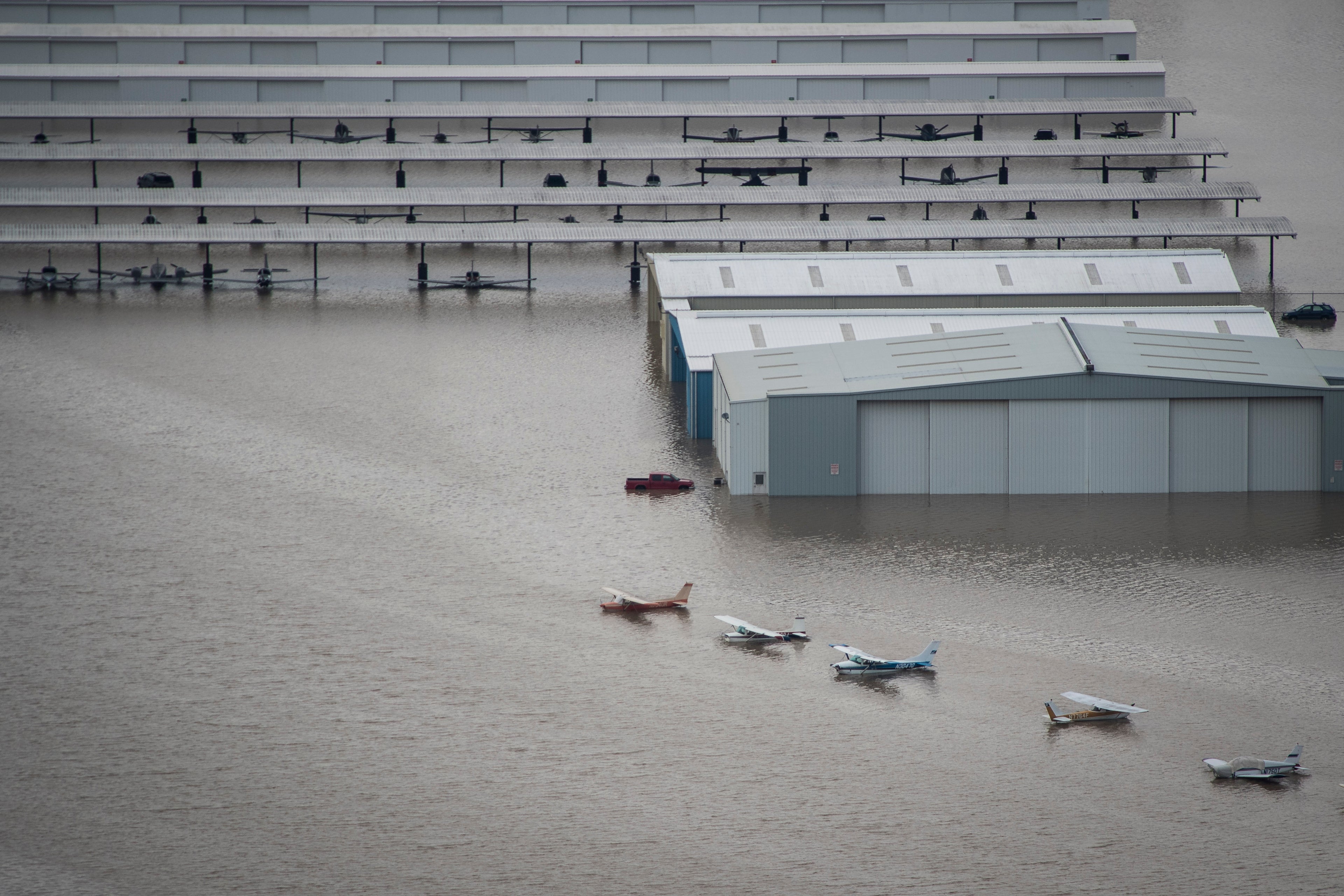 Where Are Airplanes Fleeing Hurricane Irma Going?
This post contains references to products from one or more of our advertisers. We may receive compensation when you click on links to those products. Terms apply to the offers listed on this page. For an explanation of our Advertising Policy, visit this page.

People aren't the only ones fleeing Florida this week. As Hurricane Irma barrels down on Miami, there's another exodus away from the destructive power of one of the fiercest storms in recorded history. It's a stream of airplanes, from the big jets of American Airlines to the many private aircraft based in the area — all of them seeking the same thing as the people running from South Florida: to escape annihilation by a monster storm.

Aircraft are starting to evacuate and many airlines will be shutting down operations on Friday night, with Irma expected to make landfall in Florida on Saturday. Airlines have issued extended travel waivers so flyers to and from the area will be able to change their plans.

While most evacuate, there are still a few inbound flights toward an area that will face all but utter destruction.

We've reached out to airlines, flight charter companies and fixed base operators in South Florida and asked what they're doing with their fleets when storms approach their hubs. The overwhelming majority make it sound like the best way to keep an aircraft safe during a megastorm is to get it out of the disaster area. Here's an overview of what different companies are doing to keep their aircraft safe:

"Our phone is ringing about every 3-5 minutes presently. I don’t have too much time and just wanted to say thank you for the email.

We fly private charter and will do six rescue flights to Bahamas and Turks Caicos [Wednesday] and another 6-8 flights [Thursday]. We’ll hangar one plane and fly our other four planes to Atlanta with pax."

American has a large presence in Southern Florida. It has a hub in Miami and serves Fort Myers (RSW), Fort Lauderdale and West Palm Beach. Miami is American's fifth largest hub and sees over 80,000 AA passengers a day. With more than 350 daily flights from MIA airport, American has a massive fleet of long and short haul aircraft stationed there.

American told us that it will not be leaving any aircraft in any south Florida Airports. When flights depart on Friday afternoon, they will remain at their destination until it is safe for them to return.

Fort Lauderdale is a focus city for JetBlue, whose first revenue flight actually landed in FLL. A large number of its Airbus and Embraer fleet are based in the sunshine state. The airline capped airfares at $159 for those fleeing Irma while also cancelling hundreds of flights scheduled to depart over the weekend. JetBlue told us it's getting airplanes out of the way by parking them elsewhere, too:

"As the storm passes over, we will stand down operations in impacted cities to make sure our aircraft and crews are out of the way, and any local crewmembers are safe and secure until such time as we’re able to safely resume operations. For Irma, our operating plan is to stage aircraft and crews at focus cities outside the hurricane path (mostly BOS and NYC) in order to resume service once we receive an all-clear from the area airports and our local crewmembers."

Signature is the world's largest Fixed Base Operator (FBO). For those who don't know what an FBO is, it's a company that supports aircraft operators with services like refueling, repair, and hangar space, among other things. Signature has eight locations in South Florida. Patrick Sniffen, Signature's VP of Marketing, told us this:

"It is always advisable to move aircraft safely out of the path of the storm. For our tenants who choose to remain, we place their aircraft in hangars as available and secure those aircraft on the ramp the best we can.

We will suspend operations in the U.S. starting in Key West and moving north as the storm approaches. This is for the safety of our team members. We will reopen as soon as practical after the storm passes. We have closed and reopened operations at some of our Caribbean locations. Information on closures and openings can be found on our website: https://www.signatureflight.com/events/hurricane-closures

Our primary concern is for our team members’ safety before, during and after the storm. We are currently also recovering in Houston from Hurricane Harvey and have assistance teams on the ground to assist with airport operations and personal needs of our staff."

With its hundreds of 737s, Southwest also has a big job getting its aircraft out of harm's way. Starting Friday evening the carrier will cancel all flights to/from Fort Lauderdale, Ft. Myers and West Palm Beach through Sunday, with service resuming once it's safe to fly again. A Southwest spokesperson told TPG that the airline "will be getting our aircraft out of harm's way."

Ultra low-cost carrier Spirit Airlines has a large presence at FLL and its corporate headquarters are located in Miramar, just 25 minutes from the Fort Lauderdale airport. The airline was actually evacuating its headquarters when we reached out to them. According to a spokesperson, the airline is repositioning all its aircraft from South Florida to Dallas (DFW), Las Vegas (LAS), Atlantic City (ACY) and possibly New Orleans (MSY) — leaving none on the ground once the storm hits. The last Spirit flight is scheduled to leave FLL at 7:30pm Friday, with the airport closing only 30 minutes later.