Airbus Wants to Sell Dozens of A380s to China, But It's a Tough Task

Articles
Alberto Riva Alberto runs our flight reviews and oversees special projects across several verticals. Previously, he was the managing editor of Vice News and worked at Bloomberg and CNN, where he was constantly trying to convince people to do more stories about airplanes. He speaks Italian, French and Spanish and one day he’ll be better at German.
Follow
Sept. 20, 2017
•
5 min read 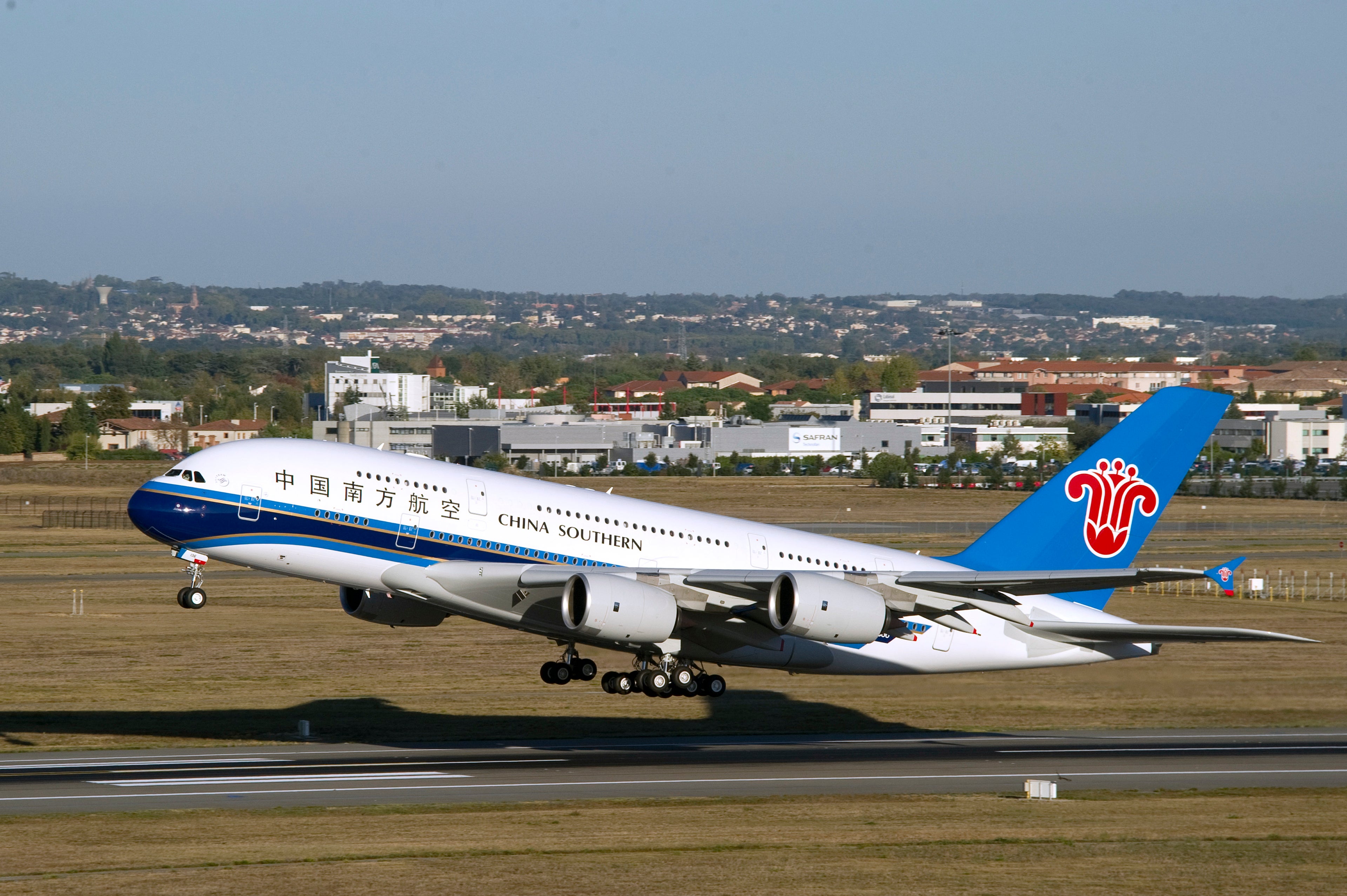 Airbus Wants to Sell Dozens of A380s to China, But It's a Tough Task
This post contains references to products from one or more of our advertisers. We may receive compensation when you click on links to those products. Terms apply to the offers listed on this page. For an explanation of our Advertising Policy, visit this page.

Airbus is looking around the world for airlines willing to order its giant A380, which hasn't sold a single unit since early 2016. The biggest passenger plane in history is at serious risk of early demise (along with the almost-as-huge Boeing 747) if the European consortium doesn't find a way to sell more, and now the push is on to get Chinese airlines to buy it. The chief of Airbus in China, Eric Chen, said as much at an event in Beijing on Tuesday.

"I'm fully confident that the Chinese carriers will need a minimum of 60 A380s over the next 5 to 7 years,” Chen said, as reported by Reuters.

The reasoning behind Chen's optimism seems sound enough. Chinese commercial aviation is growing fast; the country's airspace is already crowded and prone to delays due to traffic. What could be better than an immense double-decker seating 500 people or more to meet that rising demand without adding even more planes into the mix?

But the A380 has been so far a huge commercial flop in China, despite the expectation that it would instead be a huge success there. Airbus lore has it that the jet even owes its name to the Chinese, for whom eight is a lucky number. Hence the out-of-order moniker, which skips the Airbus naming convention: We've had the A300, A310, A320, A330, A340 and A350, but no 360 or 370.

Despite Chen's confidence in the necessity of the A380 in China, it's a tall order, even in the fastest-growing aviation market in the world, where passenger traffic soars by 15% a year.

According to Airfleets.net, 215 A380s are flying today, but only five of them are in China — with China Southern, which flies them out of Guangzhou (CAN) to destinations including Los Angeles (LAX) in a first / business / economy 506-seat layout. Emirates alone, which is by far the biggest operator of A380s, has almost twenty times more.

“If one airline takes the lead to order a large number of A380s, the others will follow. I would expect a domino effect and I‘m working on it to produce that domino effect that has not happened yet,” Chen said. A reason could be that there is “a lack of confidence to operate the A380, that is something to work on continuously with the airlines in China."

Considering each one of the giants costs $355 million at list price it can be very hard to justify the investment, even at the deeply discounted prices Airbus is likely willing to offer anyone who emails the commercial team in Toulouse to talk A380.

Airline analyst Robert W. Mann is skeptical, saying that the big jets would be a bad idea for Chinese airlines because they would add a lot of seat capacity where it would not be needed.

Airlines hate capacity gluts, because planes with empty seats make less money, or none at all if there are enough unfilled seats — and an A380, with around 500 passengers in a typical configuration, isn't easy to keep full on every flight.

That means airlines worldwide are flocking to smaller planes that can still take a lot of people and cargo very far, but prioritizing frequency and point-to-point connections versus the hub-to-hub routes the A380 works well for. Chinese carriers are no strangers to this approach. For example, Hainan Airlines flies Boeing 787-8s from Los Angeles (LAX) to Changsha (CSX) in a textbook case of this trend. The airline prefers a point-to-point connection to a smaller city with a 200-seater plane rather than flying an A380 with more than twice as many passengers from LAX to a major hub, where they'd have to transfer to a connecting flight.

And the A380 is facing competition not just from smaller planes, but from other A380s as well.

The first used A380s will begin flying soon for European wet-lease operator HiFly — and if more secondhand airframes go on the market, the prospect of selling new ones is even thinner. Like Chen himself said, a lot of airlines are wary of taking on the challenge of operating a behemoth like the A380, with the large associated costs for maintenance and crew training. For operators curious to try but wary of the commitment, used jets may be a far more attractive option.

Aerospace analyst Richard Aboulafia wrote last year that the death of the A380 program was imminent. For airlines that really want to go big, Boeing's 777-9 does pretty much the same job, he said, with only about 25% fewer seats, two engines instead of four, and actually more cargo capacity. And, so far, A380 optimists have been proven wrong. Chen could entice Chinese operators with attractive financial terms, but Airbus has been trying that for years now, and the results just haven't come.

Bottom line: If you're itching to fly on an A380 with the logo of Air China or China Eastern on the tail, don't hold your breath. A Chinese rescue of the biggest passenger jet in history was, is and will likely remain a long shot.