Report: The First Used Airbus A380 Is Coming Soon 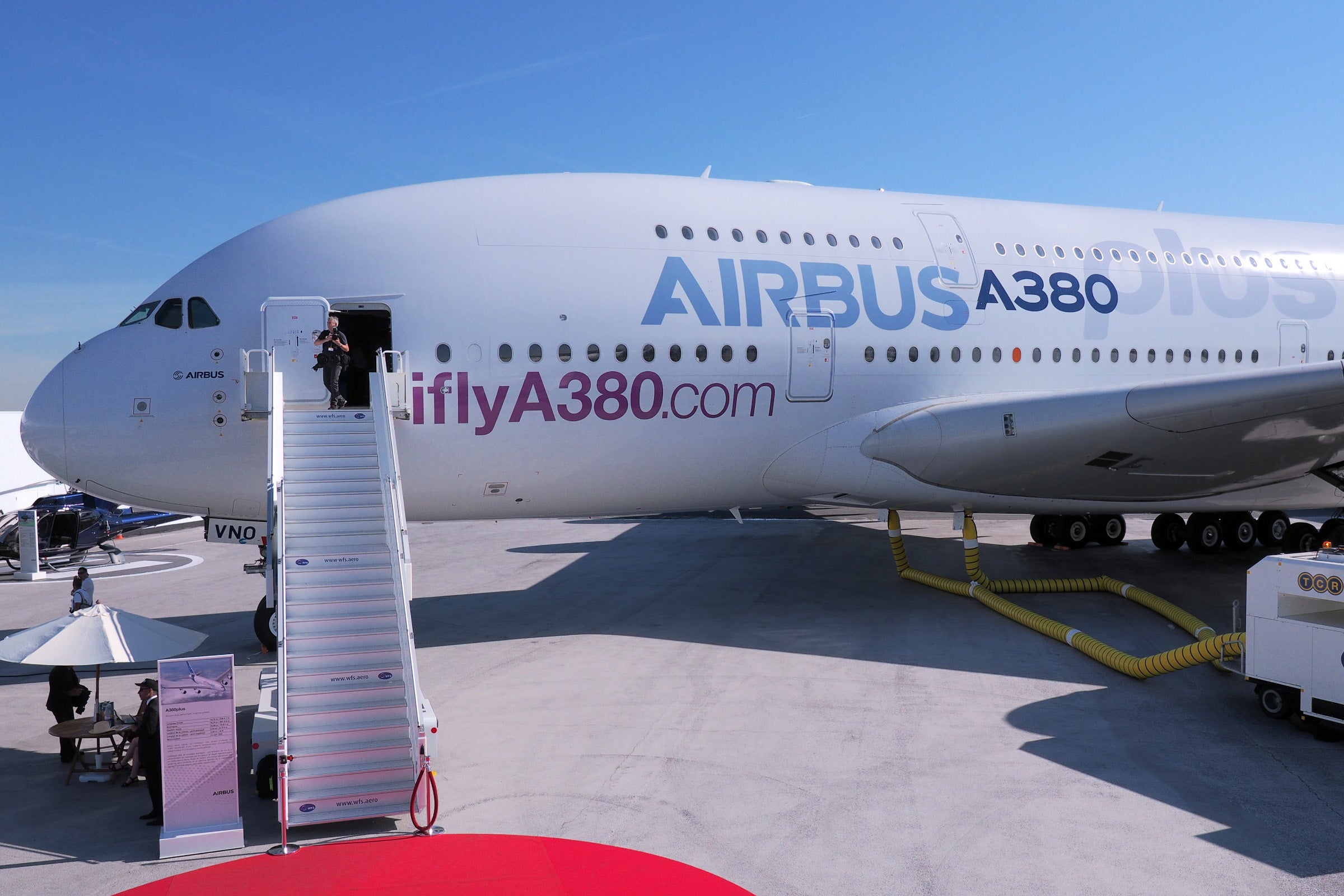 Report: The First Used Airbus A380 Is Coming Soon
This post contains references to products from one or more of our advertisers. We may receive compensation when you click on links to those products. Terms apply to the offers listed on this page. For an explanation of our Advertising Policy, visit this page.

Airbus' gargantuan A380 is on life support. The biggest passenger jet ever made hasn't received any orders since Emirates tacked on two more to its fleet in April 2016. This has since been negated by Air France's cancellation of two aircraft in early 2017. Airbus is currently only producing one of these aircraft per month, and that rate is subject to drop in 2019 if the manufacturer can't firm up more orders.

Even worse, airlines are starting to bail on their old A380s. Last year, we reported that Singapore failed to renew the leases on its first A380s — one of which is the first A380 ever delivered to an airline. While the lease runs through October 2017, the airline has parked the aircraft since June, awaiting the date to turn over the keys to the lessor. Singapore is getting three newer A380s in the future, to be sure, but it is not growing its fleet, and parking its early ones before the lease is over may indicate that it can't make enough money from the jets to want to keep them flying.

But now, the first buyer of a used A380 may have emerged. According to a report by aviation news site CH Aviation, we may soon see secondhand A380s in the skies for the first time in the aircraft's 10-year commercial history. Lisbon-based wet-lease operator Hi Fly is planning to purchase two used A380s in the next few months. This would supplement the airline's all-Airbus fleet of A321s, A330s and A340s, which operate charter flights and short- or long-term substitutions for other airlines.

Hi Fly said in a statement that "the first of two A380-800s would be put into commercial operation during the first quarter of 2018." A formal announcement of the aircrafts' identities and the airline that Hi Fly will operate them for will be made in October "once all the relevant contracts and permits are in place." While we will have to wait until then to see for sure, the timing seems perfect with the end of the leases on Singapore's first A380s.

It's quite likely, therefore, that the double-decker, four-engined behemoths that inaugurated service for Singapore Airlines in 2007 will find a new home in Portugal. HiFly, which typically flies high-density seating configurations, will arrange the interiors to squeeze in far more passengers than Singapore's four-class layout with a maximum of 441 seats. The HiFly A380s will seat 560 passengers in two classes, according to Swiss aviation news site aeroTelegraph, which quotes HiFly CEO Paulo Mirpuri. That falls short of the current world champion for the most seats on a plane, the Emirates high-density 380s which feature a whopping 615 seats.

TPG reached out to Hi Fly to confirm the report. However, our call was not answered and a response wasn't immediately made via email.

This post has been updated to add the HiFly A380s seating capacity.