Articles
Summer Hull , aka Mommy Points, ran the Mommy Points site for families who want to travel more for less using miles and points for seven years. She now heads up a variety of special projects at TPG when she isn't exploring the world with her own two girls.
Follow
Aug. 02, 2017
•
6 min read 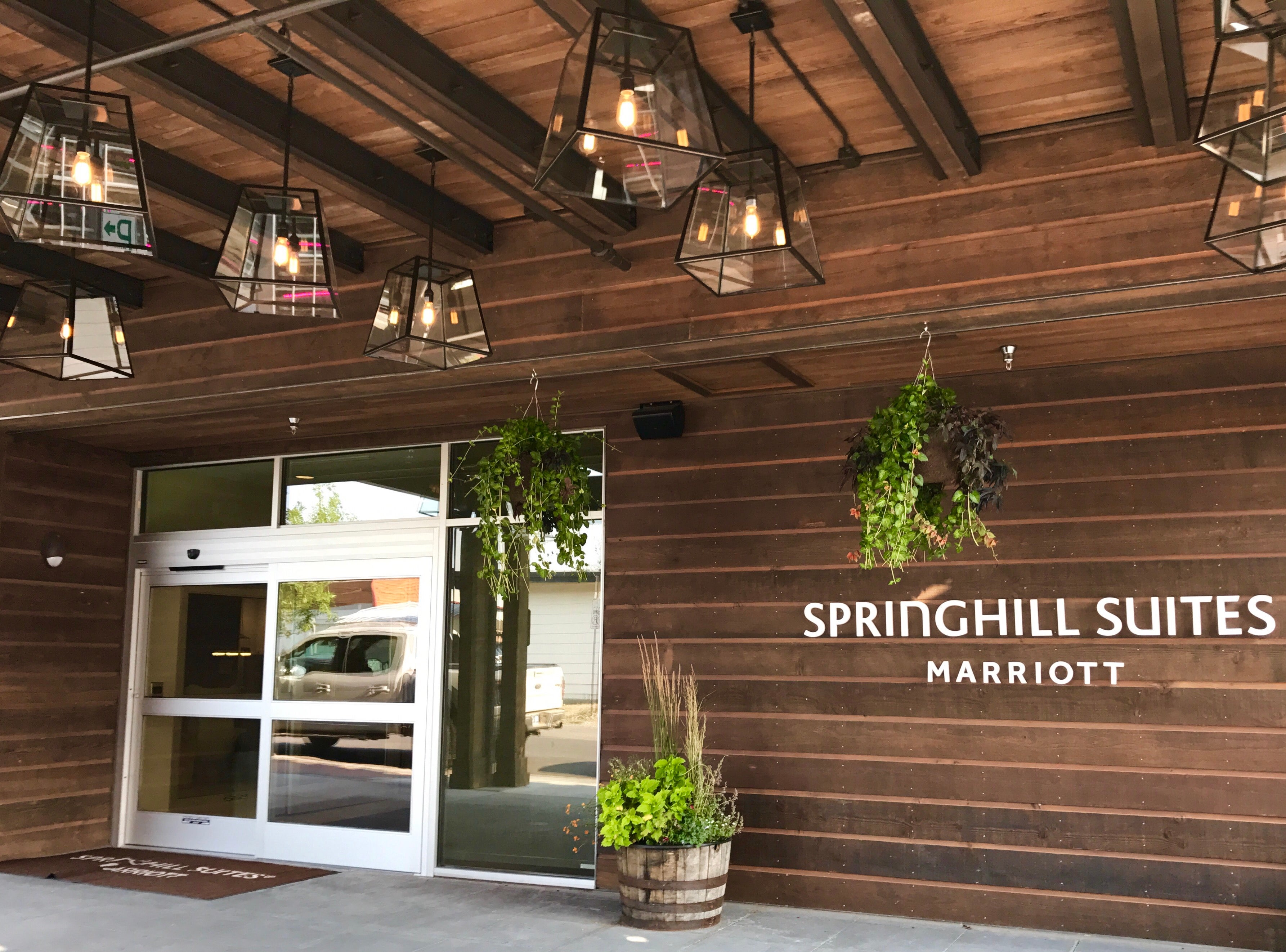 Great Value and Location at SpringHill Suites Jackson Hole
This post contains references to products from one or more of our advertisers. We may receive compensation when you click on links to those products. Terms apply to the offers listed on this page. For an explanation of our Advertising Policy, visit this page.

Jackson Hole is not only a destination unto itself, but it is also a gateway to many outdoor adventures including easy access to national parks such as Grand Teton National Park and Yellowstone National Park. It’s gorgeous, it’s fun, it’s very well located, the people are friendly, it has great weather, and hotels can be quite expensive. When we unexpectedly got the chance for a short visit this week we jumped at it. Our flight on a private plane there might have been free, and our nonstop United flight home on miles only cost $5.60 in out of pocket taxes, but lodging costs were another story.

A Motel 6 type property in Jackson Hole started at about $200+ per night in early August. Mid-range hotels were going for about $400+ per night, and the high end properties like the Four Seasons and others were comfortably sitting at close to $1,000 for one night. I’m used to mountain locations having fire sales on rates during the summer, but that is not the case in Jackson because it isn’t a ski town, it is simply an almost year-round popular destination that is especially popular during the summer.

One of the newest properties in town is the SpringHill Suites Jackson Hole just a few short blocks from the Jackson Town Square. This property opened just a few months ago in May 2017, has four floors and 121 rooms, and you can stay there for 35,000 Marriott Rewards points per night. If you prefer to speak in SPG numbers, that is the same as about 11,666 SPG points per night. That isn’t cheap, but considering paid rates here in the summer are legitimately $400+ per night on a regular basis, it isn’t bad at all. Note that some other times of the year can be much less expensive on cash - I'm seeing $150+ for some winter and even lower than that on some more off-peak dates.

For my night the hotel was originally showing as sold out, but then the morning of travel one king studio suite became available for either $450+ per night or 35,000 Marriott points. You know which option I choose.

New, modern, and cute aren’t the words that come to my mind when I first think of SpringHill Suites, but those are accurate words to describe this particular SpringHill Suites. The hotel is as adorable, clean, and as nice in person as it was on the website.

As a Marriott Gold we got free parking and free premium internet. There is free breakfast for everyone beginning at 6:30AM, though sadly we had to leave before then so I can’t speak to the breakfast selections.

Our room was on the first floor, and we absolutely loved it. It was perfect for my daughter and I, but it could have easily housed three people if one slept on the pull-out couch. It would be a push for four people to comfortably stay in this room, though could be done in a pinch if the kids were still small. If you have a family of four I would target the rooms with two queen beds.

The TV was large, bright, and up to date with easy access to your Netflix and similar streaming accounts. The desk was actually inviting to use and had a very ingenious sliding divider you could use to section of off the room a bit. I was able to work every light switch I encountered (hurray!), and the window unit air conditioner worked fabulously.

The highlight of the room though was the bed. Not only did it look inviting, but it was insanely comfortable. I wish I could have slept in longer, because I know it was some comfortable piled under the pillows and fluffy bedding. Seriously, I loved that bed. Our relationship was all too short.

One downside of the room if you travel with smaller children is that it was a shower instead of a bath tub combo, but for most adults that is a good thing. I get grossed out by hotel bathrooms pretty easily, but this bathroom was very bright and clean.

There was a small fridge, microwave, and Keurig in the room. The hotel also had a workout facility, laundry, and an outdoor pool and hot tub.

We didn’t spend a ton of time in the hotel on our one night stay, but I really loved it. My daughter kept saying how much she loved it as well, and she isn't shy to express her thoughts when rooms aren't very exciting. There aren’t a ton of points friendly hotel options in Jackson, and frankly there aren’t even a ton of newer hotels period. While there is something to be said in staying at one of the charming non-chain properties in the city, I was quite happy to use points and stay in a new property within walking distance to so many shops, restaurants, and of course the famous elk antler arches.

I very much want to return to SpringHill Suites Jackson Hole with my family on our next visit to the area as I know they will be comfortable here, and I know that I will be able to comfortably afford the stay thanks to Marriott Rewards and Starwood Preferred Guest points and status.

Where does your family like to stay when you visit the Jackson Hole area?

Related stories
A solid option for American loyalists: AAdvantage Aviator World Elite Business Mastercard review
Is the Amex Business Platinum worth the annual fee?
Maximize your points: Why you should consider redeeming Hilton points abroad
The 18 best places to travel in 2023