Why Is It So Freaking Cold (or Hot) on My Plane? 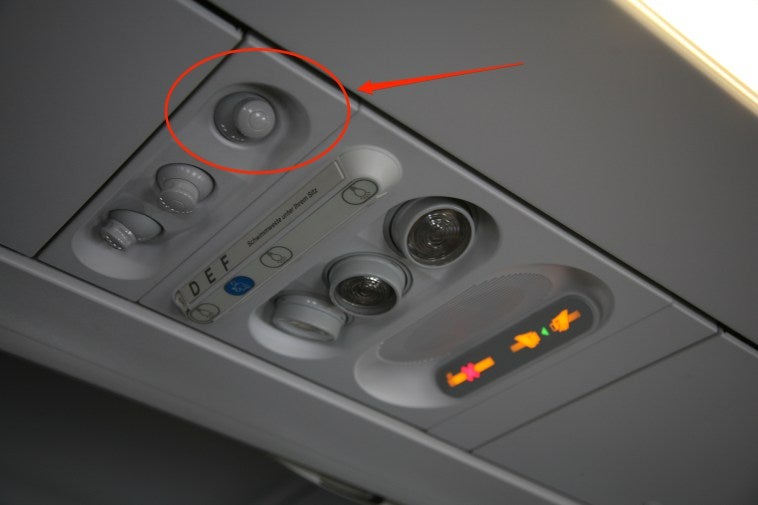 Avgeekery.com is an aviation news site where content is written and edited by its team of professional pilots and aviation geeks. Occasionally we syndicate content from the site if we think it will interest TPG readers. This article originally appeared on Avgeekery.com under the headline, Why Is It So Freaking Cold (or Hot) on My Plane? and was written by Rob Graves, veteran pilot and Avgeekery contributor.

You get to the airport parking lot, run to catch your shuttle, make it through the TSA body cavity search and then schlep your stuff a thousand yards to the gate. You board and heave your roll-aboard into the overhead bin. After finally sitting down, you notice two things: you are drenched in sweat and there is almost no air coming out of the vents. Or if there is air, it is warm. Or perhaps it’s July and you have a light shirt and slacks on for your trip but have brought no jacket. But shortly after takeoff you notice that it’s cold in the cabin. I mean really cold. Your hands are blue and you are shivering. So why the heck can the airlines never seem to get the temperature right? How difficult can it be?

As it turns out, getting it right is more difficult than you would think. This issue has about 85 moving parts involving both human and mechanical factors. I’d like to go over each aspect of what goes wrong, but first let me give you a quick description of the systems in place which provide heating and cooling aboard your aircraft.

Heating and Cooling At the Gate

In years gone by, heating and cooling at the gate were mostly provided by running a unit on board the aircraft known as the auxiliary power unit or APU. This is a small turbine engine usually mounted in the tail which provides both electrical and hydraulic power for use during preflight and also pressurized air to run the air conditioning or heating system. It generally worked well but consumed a lot of fuel and the technique was eventually replaced by the use of large heating and cooling units mounted directly on or near the jet bridge. Ground crews are required to attach a large air hose to the belly of the aircraft to allow this unit to heat or cool the interior of the plane. The systems are either programmed to provide a preset temperature or a temperature probe might be hung in the cabin to provide feedback to the system.

Cooling and Heating While Under Way

After the airplane is away from the gate and under its own power, all heating and cooling is provided by onboard systems, which are powered by compressed air from the engines. These onboard units are known as pneumatic air cycle machines or PACs (on Boeing aircraft) and not only provide heating and cooling but also pressurization to the cabin while at altitude. Without going too far down the rabbit hole concerning Carnot cycles and thermodynamic flow equations, suffice it to say that the units take hot compressed air from the engines and make cold air out of it or use the hot air directly for heat. Yes, all the air that you’re breathing on an airplane is brought in through the mouth of the engines. It is also why an engine malfunction can quickly fill the cabin with smoke, but that’s a topic for another time.

After going through some plumbing and a water separator, the air is distributed to the cabin through ducting and the gasper outlets, which are those little twisty vents over your seat. The system temperature is controlled through the use of a thermostat which is usually located in the cockpit. It is supposed to be a “set and forget” type of arrangement which should always provide a comfortable temperature over a range of aircraft operating states such as taxi, climb, cruise or descent. At least that’s how it is supposed to work. Let’s now take a look at the many things that can go wrong to make you miserable.

One of the basic problems concerning complex feedback systems is that the user — you freezing or sweating in your seat — is not the controller. A systems engineer might say the feedback loop of this control system is in an open state. My suggestion is that you attempt to close the loop by hitting your call button and complaining. Many times certain parts of the plane may be warmer or cooler than others. The galley where the flight attendants spend most of their time may be fine. Let them know that you are not fine.

Another issue could be that the user is feeling perfectly fine, but that person is not you, it is a flight attendant. They are the ones who call the cockpit to request a warmer or cooler temperature. On some airplanes, they can control the temperature directly. Remember, they are constantly on their feet and are likely to appreciate a cooler cabin than you sitting in your seat motionless. Again, if no one complains, they have no way of knowing.

The same dynamic is true for the pilots. If they don’t hear any complaints from the back, they’ll just assume everything is OK. And speaking of pilots, they are sitting up front in a glass house. It is the guy in the right seat who controls the temperature, so if he is on the sunny side of the airplane and is warm, he’ll just dial it down.

Another thing I’ve noticed is that some folks just naturally run cold or hot. Heavier people seem to like it cooler than thin people. So if your first officer appears as an endomorph and is sitting on the sunny side of the plane, that may explain why you’re freezing in your seat. Again, hit that call button and complain.

Another class of error in temperature control might be classified as operator errors. For instance, on a coolish spring or fall day the ground crews may simply neglect to connect the air hose thinking that the temperature outside is cool so it must be OK inside the airplane. What they don’t realize is that several hundred bodies in an aluminum tube will always result in a stuffy cabin even on the coldest of days. This problem is compounded when the pilots fail to look out the window to see a folded up or deflated air hose. The solution is to start the APU and get some air flowing.

Being a commuter, this is my personal pet peeve. We have a certain set of pilots who mean well but have their priorities askew. They are reluctant to start the APU because they’ve been told that it uses too much fuel, so in this situation they will call station operations on the radio to request that the ground air be hooked up. Station operations will then call the ramp agent who’s probably loading bags and now has to stop what he’s doing to hook up the air. All this might take five minutes. And surely you won’t mind going into your meeting with sweat stains on your shirt.

My technique is to reach up and to start the APU, get some air to the customers and to then perhaps chase down why the ground air isn’t hooked up or working. Most jet bridges are owned by the airport authority which is usually a city-owned bureaucracy. If they are out of service for maintenance, making a call to get them fixed is literally the same as calling city hall to get a pothole fixed. Good luck with that. I was even once parked at a gate without a working APU, so the only source of air was the ground unit. As I sat there in a full airplane on a summer day, a city crew pulled up, turned off the unit and before I could shout at them, drained the coolant out of it to perform some maintenance. When I asked them if they noticed this big blue thing with wings and engines sitting there, the answer back was that they had their orders and didn’t know nuthin about no airplanes. Luckily we were close to pushback, but this is part of the impenetrable stupidity that makes the job so enjoyable.

Lastly, sometimes the system is either overwhelmed such as waiting for takeoff on a 110 degree day in Phoenix with a full airplane, or it simply doesn’t perform as expected. There’s not much that can be done about the former, but if the system won’t heat or cool properly, it needs to be written up and fixed. This can take some time.

The heating and cooling systems on jet aircraft are charged with keeping you comfortable while the temperature outside the aircraft can range from over 100 degrees to 50 degrees below zero at altitude. They usually do a pretty good job but have their limits mainly due to human or mechanical error. The best thing you can do to ensure a comfortable ride is to speak up... and to bring a jacket.