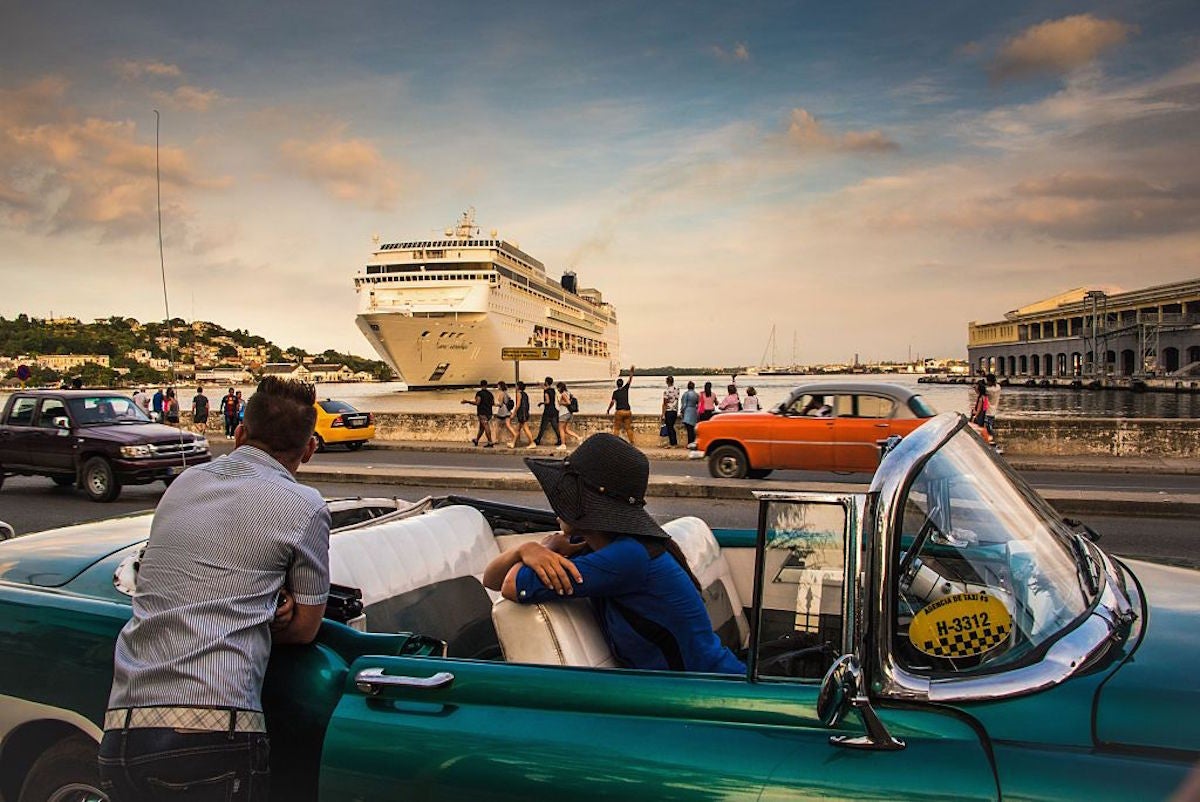 Airlines Scale Back on Flights to Cuba as Hotels and Cruises Boom
This post contains references to products from one or more of our advertisers. We may receive compensation when you click on links to those products. Terms apply to the offers listed on this page. For an explanation of our Advertising Policy, visit this page.

It’s been just over a year since the US and Cuba came to an agreement that paved the way for Americans to fly nonstop to the Caribbean island nation after years of only being able to enter via a charter flight or through a third country. While in the wake of the announcement, all of the major airlines immediately began scrambling to become the first to offer passengers the opportunity for a quick weekend jaunt to Havana, a lot has changed since then.

In December, American Airlines became the first major airline to cut down on its flights to Cuba, with JetBlue following suit in February. A month later, both Frontier and Silver Airways announced they would eliminate their Cuba routes altogether. While the airlines have cited a lack of customer demand as their reason for shifting gears — no doubt at least partially prompted by President Trump's suggestion that the White House may roll back former President Barack Obama’s Cuba policies — on the ground, the country’s hospitality industry is booming.

According to Reuters, Cuban Tourism minister Manuel Marrero recently said that tourism is on an upswing, with more than 4.2 million people expected to visit the country this year, up from four million in 2016. This, of course, has led to a building boom; look up in Havana and you’ll see new construction everywhere, with several new luxury hotels in development and the goal of adding 2,000 new hotel rooms per year.

On Wednesday, Switzerland’s Kempinski Hotels unveiled what is being called the country’s first “true luxury hotel” with the opening of its Gran Hotel Manzana Kempinski La Habana, a 246-room five-star property in the heart of Old Havana that was designed to give guests an authentic Cuban experience, with artwork by local artists hanging on the walls, a pair of restaurants that focus on Cuban cuisine and a sleek tobacco lounge where patrons can smoke cigars and taste a range of local rums — this kind of luxury doesn’t come cheap though; rooms can run up to almost $2,500 per night. Spain's Iberostar and France's Accor SA are also readying new properties in Cuba, as are more familiar American hotel chains, like Starwood — the Sheraton Four Points Havana recently opened.

So if airlines are claiming that the demand for Cuba-bound flights is underwhelming, why is the country reporting an increase in visitors? For many travelers, cruise ships are the ideal way to get there. Because the country is still contending with its newfound designation as a tourism hot spot, it doesn’t yet have the kind of infrastructure that many luxury-loving travelers demand. Many of the world’s biggest cruise lines — including Carnival, Norwegian and Royal Caribbean — have already inked their plans for several voyages to Cuba over the next two years, believing that they can offer visitors the opportunity to immerse themselves in the country’s history but with all of the creature comforts they desire.

“The airlines overestimated by a long shot how much demand there was,” Frank Del Rio, Norwegian’s CEO, told Bloomberg in May. “We bring our own infrastructure, all the comforts of America. The imbalance the airlines found is not at work for the cruise industry.”

That might explain why, even with all eyes on the White House to see how — if at all — travel to Cuba might change for Americans in the future, more brands are making Cuba part of their plans. In late-May, Holland America announced it would be adding a Fort Lauderdale to Havana route to its schedule, making it the ninth American cruise line to embrace the Pearl of the Antilles.

Have you been to Cuba yet? Tell us about your experience, below.