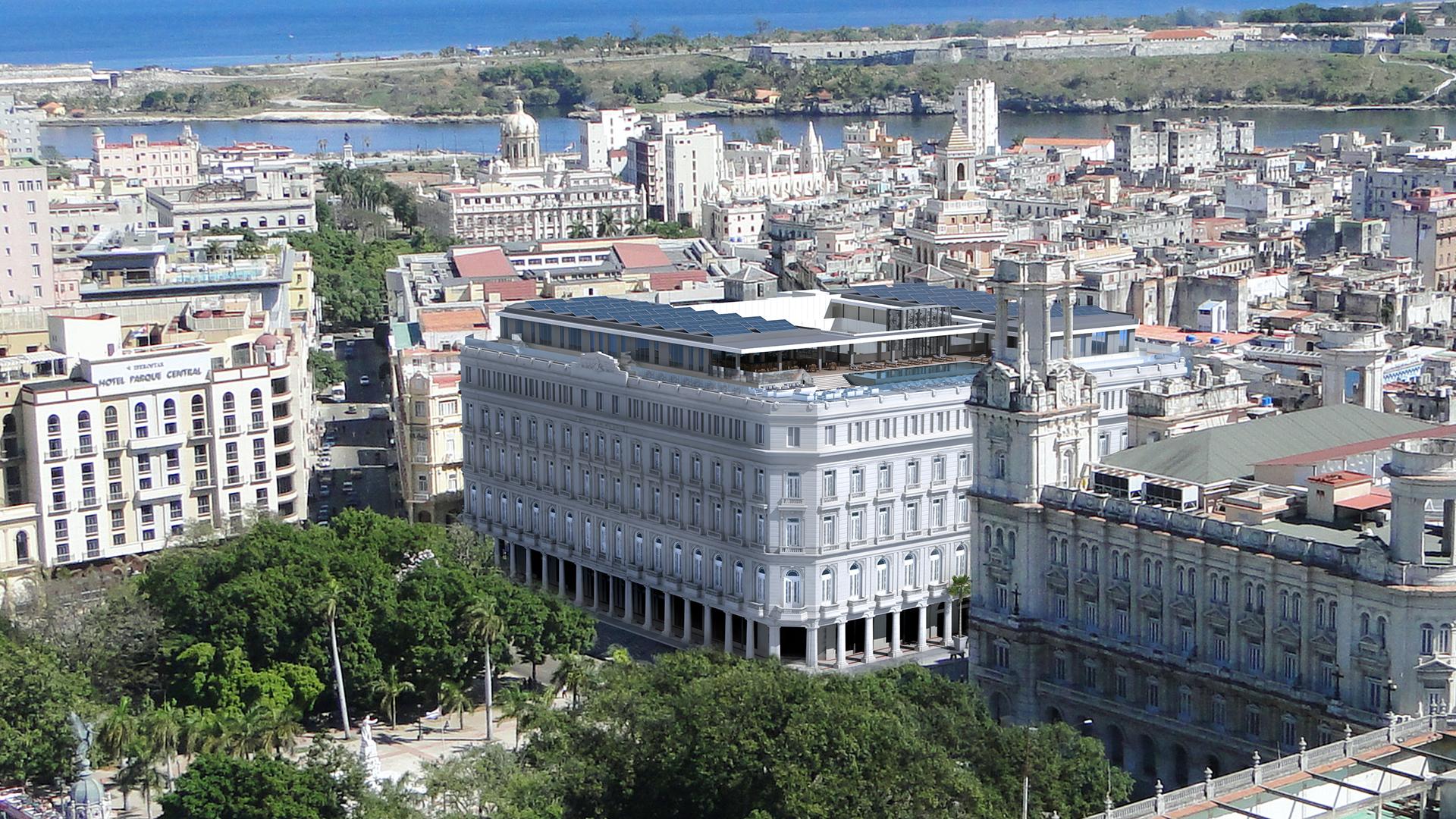 This New 5-Star Cuban Hotel Will Run You up to $1,600 per Night
This post contains references to products from one or more of our advertisers. We may receive compensation when you click on links to those products. Terms apply to the offers listed on this page. For an explanation of our Advertising Policy, visit this page.

Since President Obama lifted travel restrictions between the United States and Cuba in 2014, Americans have flocked to the long-forbidden island. But for many travelers used to top-notch hotels and first-class service, Cuba has had little to offer.

That all changed with the opening of the five-star Gran Hotel Manzana Kempinski in Old Havana this week. Owned by Swiss luxury hotel group Kempinski Hotels, the Gran Hotel Manzana occupies Havana’s historic Manzana de Gómez building, which opened as Cuba’s first European-style shopping mall in 1917. The newly-renovated hotel retains that original style while mixing in an unmistakably Cuban flair. Designed by South African studio Archipolitan, its 246 rooms and suites match high ceilings and French windows with contemporary Cuban artwork. Many of the suites have balconies overlooking Old Havana’s city streets, and a few even have sleeping quarters on a second floor.

The hotel’s four bars and two restaurants are modeled around aspects of Cuban culture, with each offering a different take on island life through local cuisine and style. An in-house tobacco lounge, called La Evocación, allows guests to select cigars and rums from the island to try.

The hotel also sports a full set of modern amenities — from a 10,000 square-foot spa to a rooftop pool overlooking El Capitolo, the seat of Cuban government before the revolution. That's in addition to a variety of luxury boutiques on the ground floor and a gym on the top level.

The Gran Hotel Manzana doesn't run cheap, however; tourists can expect to pay between $440 and $2,485 a night depending on room type. And while you’ll meet plenty of fellow travelers during your stay in Cuba’s premier hotel, don't expect to run into any locals. In a country where the average monthly salary hovers around $30, few can afford to stay in such an expensive place.