British Airways Applies to Use Qatar Airways Planes During Strike 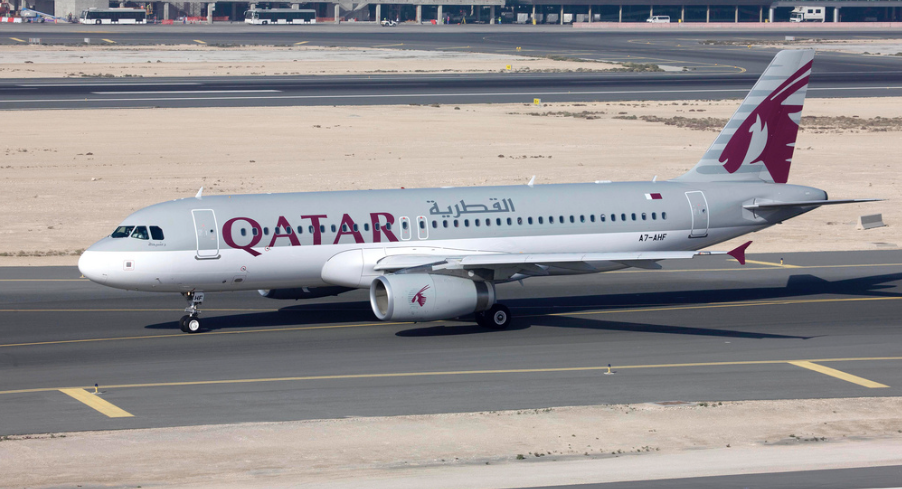 Update, 6/30/17: BA will seat business-class passengers in the three-row cabin onboard Qatar Airways A320 aircraft. Note that if more than 12 business passengers (the maximum number of seats in this cabin) are booked to fly, there will be downgrades, so be sure to allocate a seat in rows 1-3! In economy, the usual 'M&S buy-on-board' service won't be offered — instead, we'll see the return of complimentary food and drinks for all, great news for passengers traveling in coach.

Update, 6/30/17: Qatar Airways has been approved by the CAA to fly for British Airways, as of Saturday, July 1. Eight Qatar A320 aircraft, and one Al Maha aircraft are being flown to London Heathrow (LHR) today, and will operate select flights to Dublin (DUB), Paris (ORY), Hamburg (HAM), Vienna (VIE), Barcelona (BCN), Prague (PRG) and Lisbon (LIS), among other routes until July 16. All flights will be operated with full Qatar Airways flight crew and cabin crew. Stay tuned to TPG for more updates as the situation develops.

Qatar Airways has a lot going on currently. Its home country is still embroiled in diplomatic hostilities with many of its neighbors, many of the carrier's routes remain affected by airspace closures, it's been busy rolling out its fantastic-looking Qsuite business-class product and just announced that it intends to purchase a 10% stake in American Airlines. Now, it's getting involved in another major happening in the industry — the upcoming British Airways strike.

As confirmed by official public documents from the UK Civil Aviation Authority (CAA), British Airways has applied for approval to use nine Airbus A320/A321 registered in Qatar for up to two months starting July 1, 2017. BA intends to use the Qatari aircraft in order "to enable British Airways to continue passenger operations in light of planned operational disruption by its Mixed Fleet cabin crew" that's set to begin on July 1 and last for two weeks.

Qatar Airways is the only airline in the State of Qatar, and the only Qatari company with nine A320/A321 aircraft (it has 43 Airbus A320/21 aircraft), meaning this is a direct request from BA to the CAA for permission to fly Qatar Airways aircraft on scheduled British Airways flights, on BA flight numbers.

It's normal for BA to have to seek permission from the CAA first, as Qatar isn't inside the European Union, however this will certainly come as unexpected news to many, and BA has never had a Middle Eastern airline operate on its behalf during periods of disruption before.

Even more interesting is the fact that British Airways has applied to wet-lease the nine Qatar Airways aircraft, meaning all pilots and cabin crew onboard will be Qatar Airways' own.

What Passengers Can Expect

British Airways passengers who may find themselves on a Qatar Airways Airbus during the strike are in for a treat, as the carrier's short-haul planes are far superior to the BA short-haul fleet, in both business class and economy.

In business class, for example, rather than the empty middle seat offered on BA Club Europe, flights operated on a Qatar Airways aircraft will feature either lie-flat beds, inflight entertainment, massage features and noise-cancelling headphones.

Or you'll end up with large, comfortable recliners, like the one I flew from Doha (DOH) to Larnaca (LCA) last week, with all the extras that lie-flat seats offer.

In economy, passengers will have more comfortable seats than on BA aircraft, with seat-back inflight entertainment, more legroom and a headrest.

With BA applying for permission to use the aircraft on a wet-lease basis, it means Qatar Airways pilots and cabin crew will be operating on behalf of British Airways. Qatar's service is quite a step up from British Airways' — while BA only offers "buy on board" for most short-haul flights (much like a low-cost-carrier), Qatar Airways offers service comparable to what you'd find on a long-haul flight, even on its short-haul aircraft, with complimentary drinks, meals and more during the flight.

With this in mind, it's safe to say that the typical "buy on board" service on BA flights will not be featured on Qatar-operated flights, as the crew would need to be trained for this. Instead, it's likely that the flights will see a temporary return of complimentary food and snacks, courtesy of BA. If not, another option (as demonstrated by BA during a previous strike period) is for BA to offer nothing onboard the Qatar Airways aircraft, warning passengers via email before departure.

Why Would BA Use Qatar Airways Aircraft During Strike?

While it's true that the short-haul aircraft would have to fly around seven hours to base themselves at London Heathrow to operate for BA, it's worth highlighting the following:

How Will I Know If My Flight Will Be Operated by Qatar Airways?

It's still too early to know which flights will be operated by Qatar, and that's providing BA's request to the authorities isn't declined, or disputed by unions. What we do know is that short-haul routes affected by the strike include Helsinki (HEL), Lisbon (LIS), Paris (ORY), Vienna (VIE) and Warsaw (WAW), among others.

While the CAA still hasn't given approval to BA for the use of these aircraft, if you're flying short-haul during the strike period, keep an eye out for emails from the airline, or a change in the seat map of your flight.

The use of Qatar Airways aircraft on short-haul British Airways routes will not only be an unusual first for BA, it will be a huge upgrade for both economy and business passengers (if BA is given approval by the CAA). It's likely the airline will be granted permission, and these Qatar Airways cabins will offer BA passengers a unique and different experience during a disruptive time for British Airways, which is having to deal with yet another strike.

It'll be very interesting to see how this develops, and I'm especially keen to see how Qatar Airways crew will conduct British Airways service, when their onboard offerings couldn't be more different.

All photos by the author except where noted. Featured image provided by Qatar Airways.