Articles
Emily McNutt is The Points Guy's Global News Editor and is based in London.
Follow
June 22, 2017
•
6 min read 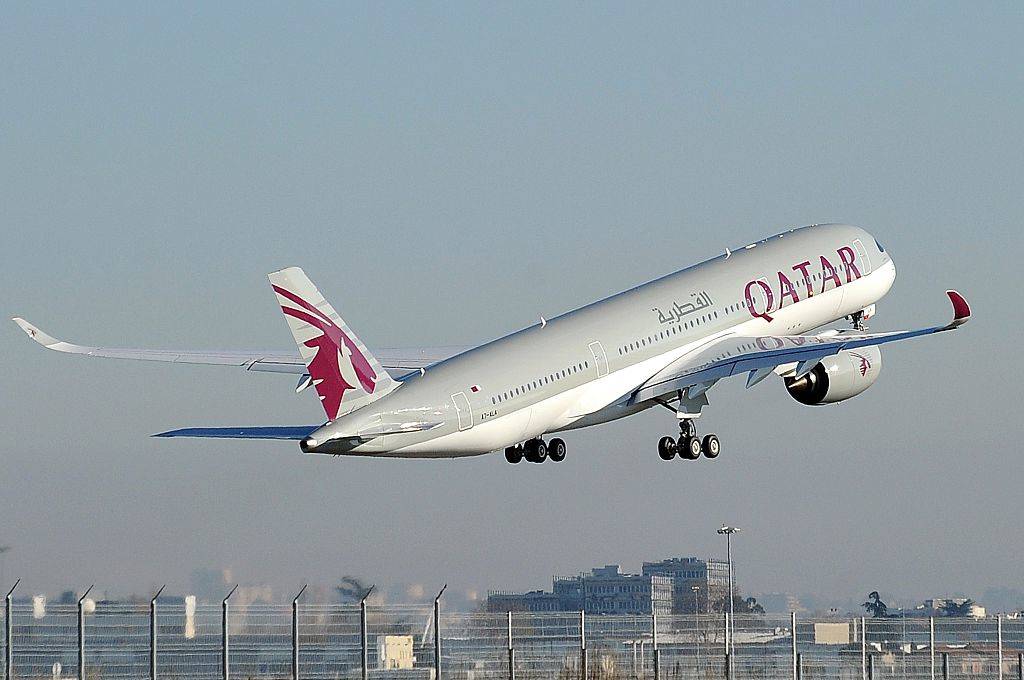 Qatar Airways Plans to Take a Major Stake in American Airlines
This post contains references to products from one or more of our advertisers. We may receive compensation when you click on links to those products. Terms apply to the offers listed on this page. For an explanation of our Advertising Policy, visit this page.
Sign up for our daily newsletter

Update 6/22 3:50pm: American's CEO Doug Parker sent a memo to employees following the news that Qatar was seeking to acquire a large stake of the company. It reads:

As you likely know by now, American recently received notice as part of the Hart-Scott-Rodino Act (a federal process governing large purchases of stock of publicly traded companies) that Qatar Airways has indicated its desire to make an investment in American Airlines.

American Airlines is a publicly traded company, which means our stock is available for anyone to purchase on the Nasdaq Stock Market. We don’t own those shares – they belong to the shareholders who own this company – and we cannot control who sells or purchases them. But this is an important development for American and one I wanted you to hear about from me directly.

While anyone can purchase our shares in the open market, we aren’t particularly excited about Qatar’s outreach, and we find it puzzling given our extremely public stance on the illegal subsidies that Qatar, Emirates and Etihad have all received over the years from their governments. We remain committed to that effort, and we will remain so even with this potential investment.

While today’s news for some of our team may be puzzling, at best, and concerning, at worst, here’s what we know for sure: We will not be discouraged or dissuaded from our full court press in Washington, D.C., to stand up to companies that are illegally subsidized by their governments. We stand for American Airlines, and we stand for all of you and the amazing work you do every day, around the globe, to take care of our customers.

If anything, this development strengthens our resolve to ensure the U.S. government enforces its trade agreements regarding fair competition with Gulf carriers, because we must make it crystal clear that no minority investment in American will ever dissuade us from doing what is right for our team members, our customers and all of our shareholders. And do not worry, per U.S. law, no foreign entity can own more than 25% of a U.S. airline, so there is no possibility that Qatar will be able to purchase enough of American to control or influence our Board, management or our strategy.

Of course, it may just be that Qatar Airways views American Airlines as a solid financial investment, because of the great work you all are doing every day. In that case, we would agree with them. Your results are earning the confidence of our customers and our shareholders every day, and it’s a privilege to work with and for all of you. Thank you for making American all it is and will be in the future."

We learned of some pretty surprising news today from the business side of airline operations: Qatar Airways informed American Airlines that it intends to purchase as much as 10% the company. According to American, Qatar informed the Dallas-based carrier that it intends to make an initial investment of 4.75% on the open market by buying more than 16 million shares, valued at about $808 million.

According to a Qatar statement, the carrier said it wouldn't buy more than 4.75% without the prior consent of AA's board. As the Wall Street Journal points out, partial foreign ownership of US airlines isn't all that common — in fact, it's fairly rare. At one point, British Airways held a 25% stake in US Airways. US law allows foreign carriers to hold up to 25% of voting shares and 49% economic interest of a US airline.

The two airlines are members of the oneworld alliance, but what makes this deal somewhat strange is the ongoing tension between US carriers (Delta, American and United) and the ME3 (Qatar, Emirates and Etihad). The three largest US carriers, including American, have expressed their concern time and time again with the ME3 carriers, arguing that they operate unfairly because of subsidies from their governments — something that the ME3 (including Qatar) deny.

Since the announcement, AA has continued to defend its stance on the ME3 — including implementing tougher regulations. In an 8-K filing by AA, the carrier said:

"The proposed investment by Qatar Airways was not solicited by American Airlines and would in no way change the Company’s Board composition, governance, management or strategic direction. It also does not alter American Airlines’ conviction on the need to enforce the Open Skies agreements with the United Arab Emirates and the nation of Qatar and ensure fair competition with Gulf carriers, including Qatar Airways. American Airlines continues to believe that the President and his administration will stand up to foreign governments to end massive carrier subsidies that threaten the U.S. aviation industry and that threaten American jobs."

American said that Qatar filed for antitrust approval from the US Federal Trade Commission and the Department of Justice, which usually takes around 30 days. AA's rules prohibit anyone from acquiring more than 4.75% of the airline without the board's approval.

Since AA announced the news, Qatar released a statement:

The move comes just a few weeks after several Middle Eastern countries — Saudi Arabia, Egypt, Bahrain and the United Arab Emirates — cut their diplomatic ties with the State of Qatar. It'll be interesting to see how this plays out going forward and how AA will handle being partially owned by an airline that it's continuously seeking protection from.