Getting to the Andaz Papagayo in Costa Rica

Articles
Summer Hull , aka Mommy Points, ran the Mommy Points site for families who want to travel more for less using miles and points for seven years. She now heads up a variety of special projects at TPG when she isn't exploring the world with her own two girls.
Follow
May 17, 2017
•
5 min read 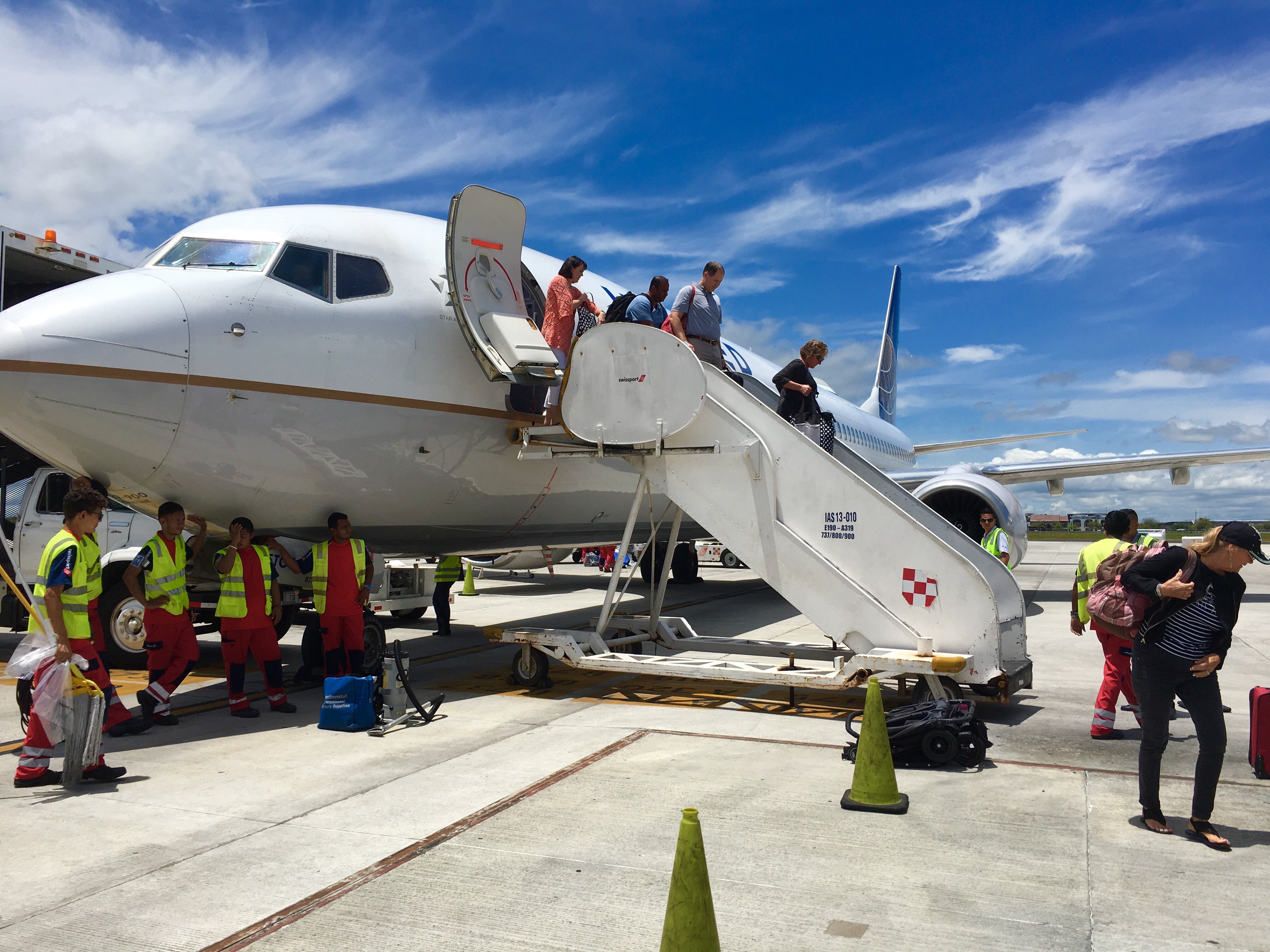 Getting to the Andaz Papagayo in Costa Rica
This post contains references to products from one or more of our advertisers. We may receive compensation when you click on links to those products. Terms apply to the offers listed on this page. For an explanation of our Advertising Policy, visit this page.

I mention this because before I got deeper into the research and planning phases of this trip, I thought somewhere like the Andaz Peninsula Pagagayo would be super remote and a bit of a challenge to get to, however the reality is different. Getting to the Andaz Papagayo is very easy, and here's how you can do it.

The closest airport to the Andaz Papagayo is Liberia (LIR) at about a 35 minute drive from the resort. From the US, Liberia is served by a pretty healthy number and variety of airlines including: United, Delta, American, JetBlue, Southwest, and Alaska. Since Central America can be a higher priced zone on a standard airline award chart, you will likely want to compare not only award availability but also paid tickets you could secure with cash or fixed value points.

We had originally booked our round trip nonstop flights from Houston to Liberia using 35,000 United miles each with a built-in free one-way flight back when that was possible via the United award chart, but a last minute change of plans ended with us scratching that reservation and instead using United miles to get there and buying a cash ticket back to the US.

Upon landing in Liberia we had to use stairs as the traditional jet bridge wasn't working. There were literally about 30 - 40+ people watching the plane and the deplaning passengers as we headed into the customs and immigration portion of the airport, but the process was quite orderly and efficient. The immigration hall was thankfully air conditioned, though some open areas of the airport are not air conditioned.

It took no more than 15 minutes for us to complete the customs and immigration process and exit that portion of the airport to head to ground transportation. You can take a taxi the 30 or so minutes from the airport to the Andaz, though you seem to need to negotiate a rate before you depart, and that didn't sound like the way we wanted to start our vacation.

The shuttle was operated by a company called Relaxury and their staff was located just outside of the customs and immigration hall with a sign. We left the airport within 5-10 minutes of arrival to their area and ended up being the only ones on the shuttle. We were offered water and the shuttle had included WiFi we were able to use on the way to the resort.

The $90 charge for our 30 minute ride was added to our hotel bill, so the only transaction that happened for this ride was the tip to the driver. It is worth a mention that the roads on the way to the Andaz were paved and would have been easily drivable had we rented a car. My understanding is that is not the case in some other areas of Costa Rica, so keep that in mind if you do want to rent a car and explore a bit more around the country.

On the way back from the Andaz we followed the recommendation of Angelina Travels and opted for a slightly cheaper shuttled booked on our own through Liberia Airport Shuttle company. This price was just $59 for the two of us to go from the Andaz Papagayo back to the airport. We paid cash to the driver the day of the ride and set the shuttle up by emailing shuttle - at - liberiacostaricaairport.net. They were super responsive and very easy to work with both to initially set up the shuttle and then when we adjusted the time.

This ride did not include bottles of water or WiFi, but they were on time and provided a nice and uneventful ride to the airport. I wouldn't hesitate to use either of these companies to get from Liberia to the Andaz Papagayo. Obviously the Liberia Airport Shuttle was cheaper and totally adequate, but having the hotel manage the transportation details and having access to WiFi to catch up on things before arriving to the hotel had some value as well.

Of course the real treat waiting for you happens when you arrive to the resort and sit in the lobby to complete your check-in and start your vacation, and I'll have those details tomorrow!

In the meantime, you can check out this post on the Andaz Papagayo: