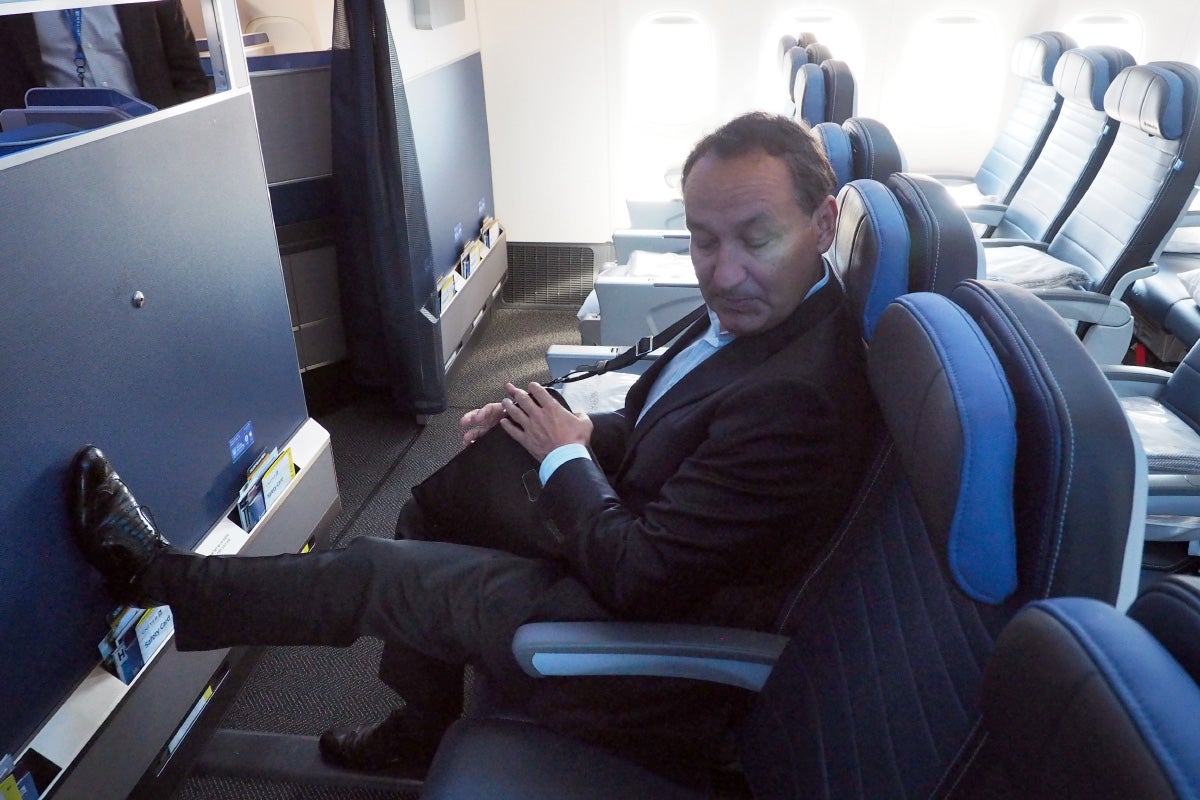 United Details Policy Changes Following Bumpgate Incident
This post contains references to products from one or more of our advertisers. We may receive compensation when you click on links to those products. Terms apply to the offers listed on this page. For an explanation of our Advertising Policy, visit this page.

While United's initial statement following this month's Bumpgate incident was quickly met with harsh criticism, CEO Oscar Munoz chimed in with a stronger follow-up a few days later, which, in part, outlined the airline's plan to avoid a similar situation in the future:

It’s never too late to do the right thing. I have committed to our customers and our employees that we are going to fix what’s broken so this never happens again. This will include a thorough review of crew movement, our policies for incentivizing volunteers in these situations, how we handle oversold situations and an examination of how we partner with airport authorities and local law enforcement. We’ll communicate the results of our review by April 30th.

Now, with that April 30 deadline quickly approaching, United is ready to share the details of its plan, "announcing changes to how we fly, serve and respect our customers."

First, though, the report began with a recap of the events that led to Dao's removal, with United clarifying that the four crew members who booked at the last minute were simply moved from an earlier flight from Chicago to Louisville that had been delayed due to a maintenance issue.

Before boarding, flight 3411 was overbooked by one customer. Despite early attempts by United, via website/kiosk and multiple announcements at the gate asking for customers willing to take later flights, there were no volunteers. As a result, one customer who had not yet been given a seat assignment, was involuntarily denied boarding. The customer received a check as compensation and was booked on another United flight. The other customers were then called to board the plane.

At the same time, an earlier flight to Louisville, originally scheduled to depart O'Hare at 2:55 p.m. CDT was experiencing a maintenance issue (it was unclear if this issue could be fixed, but regardless, it would depart after flight 3411). Booked on this flight were four crew members, scheduled to operate the early Monday morning United Express flight from Louisville to Newark. Without this crew's timely arrival in Louisville, there was the prospect of disrupting more than 100 United customers by canceling at least one flight on Monday and likely more. With this in mind, the four crew members were booked on flight 3411, creating the need to identify four customers who would note be able to take the flight.

The recap then outlined the involuntarily denied boarding (IDB) process, which you can see detailed in the report at the bottom of this post. There's one key takeaway for TPG readers in particular, though:

So, except in extraordinary cases, United elite members shouldn't expect to be denied boarding.

As for what's to come, the airline created an infographic to communicate its changes, which I'll break down below. There's also a detailed "Review and Action Report," which you'll find at the bottom of this post.

While the victim in the case of flight 3411, David Dao, was removed by airport security officers rather than airline employees, United had contacted the officers to request assistance. Going forward, United has confirmed that, as of April 12, "law enforcement will not remove customers from a flight... except in matters of safety or security." Additionally, customers already on the plane will not be forced to give up their seat (this went into effect today).

Another challenge in Dao's case was that the airline only offered volunteers up to $800, which was not enough compensation to convince other passengers to give up their seats. As of tomorrow, agents will be able to offer up to $10,000 in travel credits (though it's unlikely we'll see the airline reach that figure in practice).

Here are some interesting facts related to denied boarding, according to United's report:

United is adding a special "customer solutions team" to help deal with these denied boarding issues. This team "should be operational by June" and will be able to assist gate agents by identifying alternate airports, rebooking customers on nonstop flights or offering ground transportation to customers and crews when practical.

Then, later this year United will launch a new automated system that "will gauge a customer's interest in giving up his or her seat on overbooked flights in exchange for compensation." A customer could then receive the compensation amount they requested at check-in at the airport or via the United app, which sounds like the bidding system Delta already has in place.

Additionally, the airline is launching a new "in the moment" app that'll allow flight attendants (beginning in July) and gate agents (later in 2017) to offer mileage, travel vouchers or other compensation in response to service issues. And, while unrelated to Bumpgate, United will begin compensating passengers with a $1,500 check if the airline "permanently" loses a checked bag.

Below you'll find all 11 pages of the Review and Action Report: