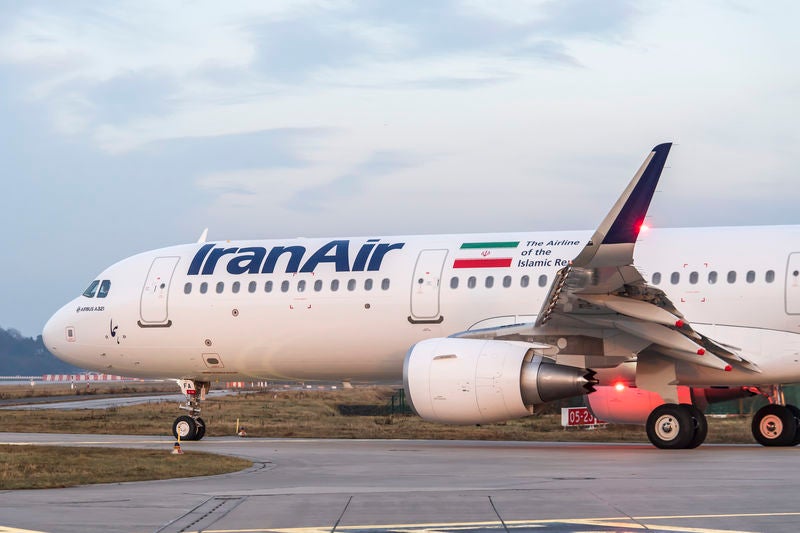 Iran Air has long struggled with a small, aging fleet, but won't for much longer. Since the international sanctions were lifted, the flag carrier has ordered 100 jets from Airbus — and another 80 from Boeing — as a way to meet the demand from the Iranian government of having more than 400 aircraft in the country over the next decade. The carrier is acquiring 46 more planes from the A320 family, 38 from the A330 family and 16 A350 XWB aircraft, meaning by the time all are of these are delivered, Iran Air will have one of the youngest and most modern fleets in the world. The first license for Airbus deliveries to Iran Air is for 17 aircraft, consisting of A320s and A330s.

The first Airbus to join the Iran Air fleet under the new deal is EP-IFA, an A321. This specific plane was originally ordered, but not taken up by Avianca, meaning Airbus was able to deliver it to Iran Air very quickly in January 2017 rather than have it join the back of the line for A320 family production, which currently has a back-log of 5,580 aircraft.

The A321 will mainly fly domestic routes within Iran — including Tehran Mehrabad International Airport (THR) to Shiraz (SYZ), Ahwaz (AWZ) and Zahedan (ZAH) — as well as to nearby Middle Eastern destinations like Doha (DOH) and Kuwait City (KWI). It's got 2.4-meter-high wings with Sharklets to help decrease fuel consumption by up to 4% while decreasing CO2 emission by 1,000 tons per aircraft per year. The interior of Iran Air's A321 was originally fitted for Avianca, features a two-class configuration with 12 business-class seats and 182 economy seats and is fitted with LED mood lighting throughout the cabin.

The business-class cabin is made up of 12 reclining seats arranged in a 2-2 configuration. Each seat includes touch screen IFE monitors (with USB power ports beneath them), has a pitch of 38 inches and measures 21 inches wide. The seats are upholstered in black leather and are very well padded — the comfortable, moveable headrests aren't bad either.

The economy cabin is made up of 182 seats arranged in a 3-3 configuration. The seat pitch is 31 inches, while each measures 18 inches wide.

Seats 14A, 14K and 27A, 27K have extra legroom as there is no seat in front of them due to the exits. Each comes with a personal seat-back in-flight entertainment screen, however it's unclear when Iran Air will add the in-flight entertainment content — this aircraft was delivered by Airbus so quickly that the carrier didn't have enough time to include it.

The second Airbus to join the Iran Air fleet under the new deal is EP-IJA, an Airbus A330-200. Like the A321, this specific aircraft was originally ordered, but not taken up by Avianca, meaning once again that Airbus was able to deliver it to Iran Air very soon after the delivery of the A321. Therefore, Iran Air's A330-200 also has an interior that originally fitted for Avianca, featuring a two-class configuration with 32 business-class seats and 238 economy seats.

It's not yet clear which routes Iran Air will schedule the A330 to fly, but rumor is London Heathrow (LHR) will be among the first airports to receive the new aircraft. A330's are capable of flying routes from 30 minutes short up to 15 hours on a long-haul flight. On average, an A330 takes off or lands somewhere in the world every 20 seconds.

The business-class cabin is made up of 32 fully-flat seats arranged in a 1-2-1 configuration. These seats are 'reverse herringbone,' the same you'll find in business class on other airlines like Cathay Pacific and Finnair. Each seat offers direct aisle access and comes with electronic seat controls, a remote control and a reading light — there are also USB and international power sockets, as well as a headphone jack. Iran Air has mentioned that unlike on the A321, in-flight entertainment content has already been installed on the aircraft, meaning passengers who fly the A330 will be able to use the screens right away.

The economy cabin is made up of 206 seats arranged in a 2-4-2 configuration.

The seat pitch is 31 inches, with a seat width of 18 inches. The headrest is moveable for extra comfort.

It's great that Airbus was able to work so quickly with Iran Air to introduce new, efficient and comfortable aircraft into its fleet so soon after the sanctions were lifted. These deliveries mark the start of a new era for Iranian aviation and the country's connectivity with the rest of the world, since the new aircraft will enable Iran Air to both re-establish former routes and start new ones, which could result in the carrier becoming a serious competitor with other mainstream Middle Eastern airlines.

All images courtesy of Airbus and Iran Air.