Swiss to Charge Extra for Seat Assignments... In Business Class 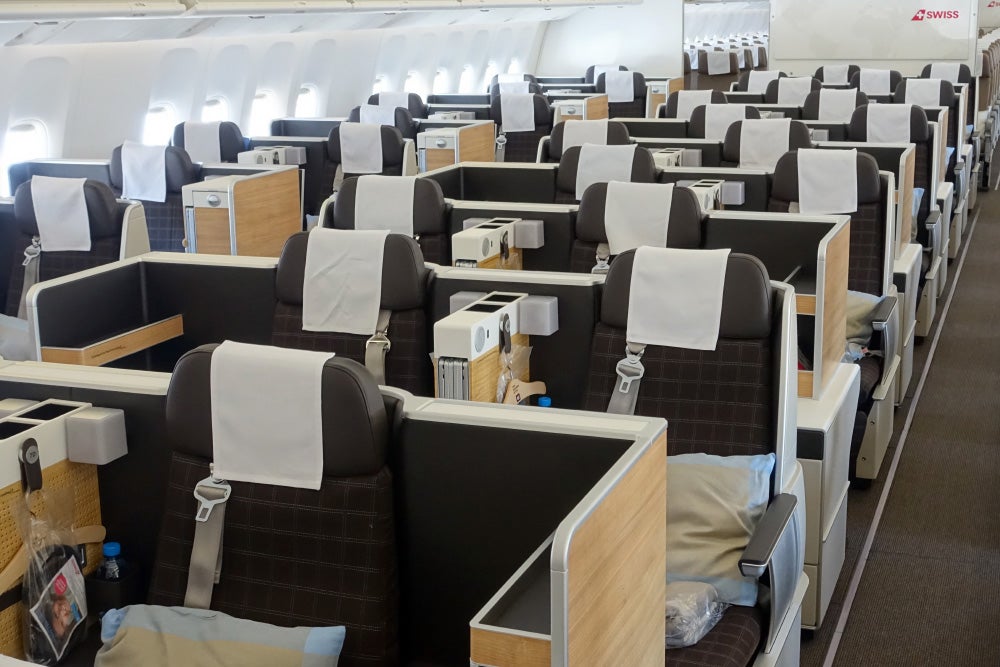 Swiss to Charge Extra for Seat Assignments... In Business Class
This post contains references to products from one or more of our advertisers. We may receive compensation when you click on links to those products. Terms apply to the offers listed on this page. For an explanation of our Advertising Policy, visit this page.

Airlines are working hard to expand upon the infinite number of ways they can charge customers more after they've already bought their ticket, and carriers around the world have quickly hopped on the "seat assignment fee" bandwagon in which passengers have the privilege of paying extra to pick a good seat ahead of time. But those who pay a premium to sit in business or first class naturally expect to be immune to these seat fees, given the much higher airfare they're already paying.

Well, one airline doesn't seem to think that should be the case. Swiss Air just sent the following email to its top-tier Senator and HON Circle Miles & More members, who are already the only ones with access to Swiss first class seats on award tickets...

"As a loyal and valued customer, we would like to inform you in advance about the following changes in SWISS Business.

With the remodeling of SWISS Business on long-haul routes, we have introduced exclusive single seats that are marked by more space and discretion. Due to the overwhelming demand concerning these “Privacy seats”, we will be giving our guests the opportunity to reserve these seats for a fee starting at the end of March.

As a token of our appreciation, we are delighted to continue offering these seats to you at no charge, as long as they are still available at the time of booking."

Let's unpack this email, shall we? Swiss business class is configured in a staggered format in which every other row along the windows has one seat — sometimes called a "throne" seat — while the remaining rows have two seats. It's similar to the arrangement JetBlue uses in its Mint cabin and looks like this...

People traveling alone often like the solo seat as it provides more privacy, while couples will take the pair of seats together. However, for a while now, Swiss has been blocking off most of the throne seats in its seat map so they couldn't be selected in advance by anyone other than top-tier members.

But now, Swiss has clearly decided to turn this into a money-making opportunity instead. In its email, the airline is informing its best customers that they will continue to get early access to these throne seats for free, but everyone else will be expected to pay extra to get them ahead of time, though they don't specify what the upcharge will be.

TPG Editor-in-Chief Zach Honig reviewed Swiss Business Class on its 777-300ER last August and noted that while he really enjoyed his flight, he wouldn't go out of his way just to fly the product again. He also highly recommended avoiding the paired seats near the windows, even if you're traveling with someone, because of the configuration and lack of aisle access from the window seat. Based on Zach's tour of the 777-300ER, the throne seats are clearly the best ones in the cabin.

But unfortunately if you want to guarantee one of those ahead of time, it'll soon cost even more than you already paid just to be in business in the first place.

H/T: Flyertalk via View From The Wing