What to Do if You Suffer an In-Flight Heart Attack 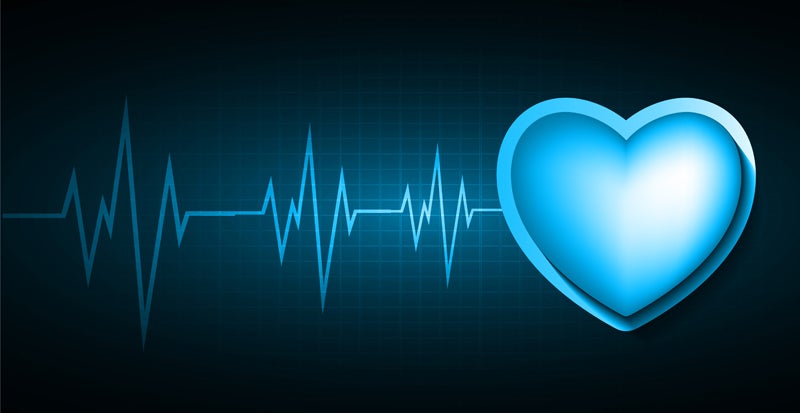 What to Do if You Suffer an In-Flight Heart Attack
This post contains references to products from one or more of our advertisers. We may receive compensation when you click on links to those products. Terms apply to the offers listed on this page. For an explanation of our Advertising Policy, visit this page.

Not every trip is going to go smoothly, but while that usually means missed connections or sitting next to a crying baby, for some passengers it can mean a life-altering medical event. Read on to learn what to do if you, or another passenger, suffers a heart attack in flight — it could save a life.

First, some background. "Heart attack" is actually not a medical term —"myocardial infarction" is the proper name. According to the NIH, "Most heart attacks are caused by a blood clot that blocks one of the coronary arteries. The coronary arteries bring blood and oxygen to the heart. If the blood flow is blocked, the heart is starved of oxygen and heart cells die." This differs from sudden cardiac arrest, which occurs when the heart develops an arrhythmia that causes it to stop beating.

It's important to note that women and men can present very different symptoms of a heart attack. Per the American Heart Association, "As with men, women’s most common heart attack symptom is chest pain or discomfort. But women are more likely than men to experience some of the other common symptoms, particularly shortness of breath, nausea/vomiting, and back or jaw pain."

In general, following are the common symptoms of a heart attack, again per MedicineNet:

Dr. James Pointer, an Emergency Medicine Specialist with 25 years of experience in training paramedics, sheds some light on the best course of action for heart problems on a plane, having assisted in treating fellow passengers, by his count, a dozen times in his career.

"It's important that the aspirin is chewable, or at least that the person chew it so that it gets into their system as quickly as possible," he said. Even if the person has an intolerance to aspirin — for example, if it causes nausea or bleeding in the stomach — it should be chewed and swallowed immediately. The only reason not to give an aspirin to someone is if they have a life-threatening allergy.

Administering these three things to someone exhibiting symptoms of a heart attack can prevent it from escalating to sudden cardiac arrest. And if the person is instead simply having severe heartburn or a panic attack, this course of treatment won't do any additional harm.

The difference between a heart attack and cardiac arrest in terms of visible symptoms is that with cardiac arrest, the person will lose consciousness because their heart has stopped beating.

If this happens, the single most important thing to do is to act as quickly as humanly possible. Per the Sudden Cardiac Arrest Foundation, "326,200 people of all ages experience (sudden cardiac arrest) each year and nine out of 10 victims die." Dr. Pointer stresses that the reason for those deaths is lack of immediate action.

This means that while flight staff should be called, it's a person's fellow passengers who could save his life, by doing the following:

Mike Hamilton, a United Airlines pilot (full disclosure: Hamilton is a relative of this writer), shares more on-board protocol you can expect in the event of in-flight heart attack:

On my Boeing 777, medical emergencies are the number one reason for diverts, outpacing weather and mechanical diversions by a wide margin. At United we use a company called MedLink, which has 24-hour nurse and doctor availability that we can contact via two-way VHF radio or SATCOM (our satellite phone) whenever we have a medical emergency. The normal sequence of events would be as follows:Flight attendants will ask if there are any medical professionals on board. We have two medical kits on the plane. One medical kit has equipment for general first aid (band-aids, antiseptic, etc.) and the other can only be released to doctors, nurses or paramedics with proper identification. The second kit has drugs and equipment to handle more serious medical situations. In addition, the planes also have portable AEDs (heart defibrillators) that can be used to help someone experiencing a heart attack. The flight attendants are trained to use these and have on a number of cases, saving the lives of those passengers.After the flight attendants have started treatment in the cabin, they will contact the cockpit with all the passenger's information and vitals. We will then contact our dispatch who will call MedLink and patch them through to us. We will then serve as the conduit between the flight attendants and MedLink. On some planes there are phones in the back that the flight attendants can use to talk directly to MedLink.

While the medical issues are being worked, the pilots and dispatchers will start putting a plan together in case a diversion is necessary. This can be very complicated on an international flight due to the distance from adequate airports and, more importantly, locations with sufficient medical resources available upon arrival. For instance, on a Pacific flight we would likely pass an option like Petropavlovsk Russia for locations in Northern Japan, even though they are an hour or two further down line. Domestically there are numerous options with adequate medical resources that are usually no more than 45 minutes at the most at any point in time.Once we have made the decision to divert we contact air traffic control, declare a medical emergency to get priority handling to the airport and then start the rather hectic process of changing the destination and getting the aircraft safely on the ground in as little time as possible. As we are heading to our diversion airport the company will coordinate with the appropriate people to have medical personnel waiting for the aircraft's arrival for immediate care of the sick passenger.This whole process is practiced and simulated both in pilot and dispatcher training so we are ready to handle the situation safely and quickly if it ever occurs in real life.

Rest assured that while a medical emergency like an in-flight heart attack may occur, it doesn't have to result in a tragedy. Keep yourself informed, stay aware of your body (and pay attention to the symptoms of your loved ones) and know that your flight crew is trained and ready for a worst-case scenario.