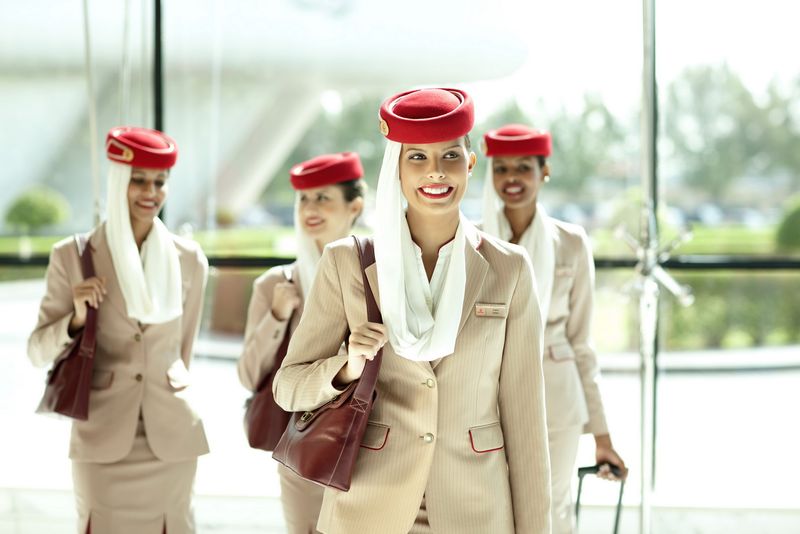 Insider Series: How Are Flight Attendants Trained?
This post contains references to products from one or more of our advertisers. We may receive compensation when you click on links to those products. Terms apply to the offers listed on this page. For an explanation of our Advertising Policy, visit this page.

Flight attendant. Cabin Crew. Stewardess. When you hear these words, the image that pops into your mind is probably a nice woman or man serving you a Coke...or maybe an octogenarian barking at you to buckle your seat belt. But do you picture someone putting out a fire, delivering a baby or neutralizing a security threat? TPG Flight Attendant Insider Carrie A. Trey reminds us that before flight attendants are given their wings, they must go through extensive, rigorous training to do all of these things— and then some.

Flight attendant training is long. The curricula are largely centered around safety requirements and guidelines set out by regulatory agencies such as the FAA, JAA, CASA, etc., and then individual airlines add in their own service requirements. Most airlines put their staff through training courses that run for at least five weeks, and some last as long as 12 weeks; the industry average is seven weeks. Most courses run six days a week, and sometimes for 12 hours a day. Schedules like these are common for working flight attendants, so their training is designed to get them adjusted to their new life early on. During training, there are no long weekends, no going home for a visit, no holidays— just multiple weeks' worth of hard work.

Flight attendants in training have to work hard all day long while simultaneously looking good—training isn't called "Barbie Bootcamp" for nothing! Aspiring trolley dollies are expected to turn up every day in full uniform, as if they're going to work: hair up or well combed, heels on and shoes shined, hose run-free and seams straight. For that average of seven weeks, you're demonstrating to your new employer that they've chosen the right person for the job. If they're given reason to feel they haven't, then believe me, they won’t hesitate to let a candidate go.

Exams are given at least weekly, and sometimes there are even daily tests. At the three training programs I went through, if someone scored below an 80 on any written test, they were given a retake on which they had to score at least a 90—or it was so long, see you later. Practical exams carried the most weight, and we were expected to score 100% on each one. Failure to do so meant failure to earn one's wings.

When cabin crew begin training, the first few weeks are typically spent learning how to use all the equipment onboard, including fire extinguishers, Portable Breathing Equipment (PBEs), oxygen bottles, first aid kits and more. Practical tests can include learning how to put out fires via simulators, diagnosing various conditions, splinting broken limbs, stopping nose bleeds, administering CPR and EpiPens, and yes, even baby delivery. Flight attendants may also be tested on their ability to draw a diagram of up to 12 different types of aircraft, as well as identify the location of each piece of on-board emergency equipment. It’s a lot to remember!

After that comes the most stressful part of flight-attendant training, and where the largest number of trainees fail out: practical drills (or “evacs,” as they're known in industry parlance) designed to teach attendants how to deal with a wide variety of emergency scenarios. Both on and off of simulators, potential attendants are tested on their ability to shout commands verbatim, follow steps to the letter (e.g., switch on emergency lights, grab flashlights, and pull inflation handles), and remain calm and functional in the event of a plane that has lost power, been plunged into darkness or filled with smoke, etc. Those candidates who don’t demonstrate an ability to operate under this kind of stress are summarily let go.

The last bit of training teaches flight attendants how to provide the level of in-flight service their potential employer/airline expects. As you'll see in my post on Highs & Lows of In-Flight Service: America vs. the World, some airlines put more focus on service-training than others, but in general, the least amount of training time is devoted to in-flight service, despite the fact that it's 99% of a flight attendant's actual job.

Instead, many airlines opt to spend the bulk of training time ensuring that every flight attendant is prepared for that life-or-death 1%. Any flight attendant will tell you that after their five to 12 weeks of training—even if it took place 20 some-odd years ago—they can still rattle off their evacuation commands in their sleep and identify every piece of emergency equipment on the aircraft, its location and how to properly use it.

So remember that the next time Betty Lou, Mary Jo, or Frank is pouring you only half of a soda, she or he is in fact capable of saving your life—and certainly will if, God forbid, the occasion arises.
[card card-name='Citi ThankYou® Premier Card' card-id='221410120' type='javascript' bullet-id='1']

Featured image by When it comes to ME3 flight attendants, there's a lot of fear and sadness beneath those red hats and behind those gleaming smiles