Articles
Jason Steele has been a Senior Points and Miles Contributor for TPG since 2012. He covers credit cards, loyalty programs and family travel.
Follow
May 25, 2015
•
7 min read 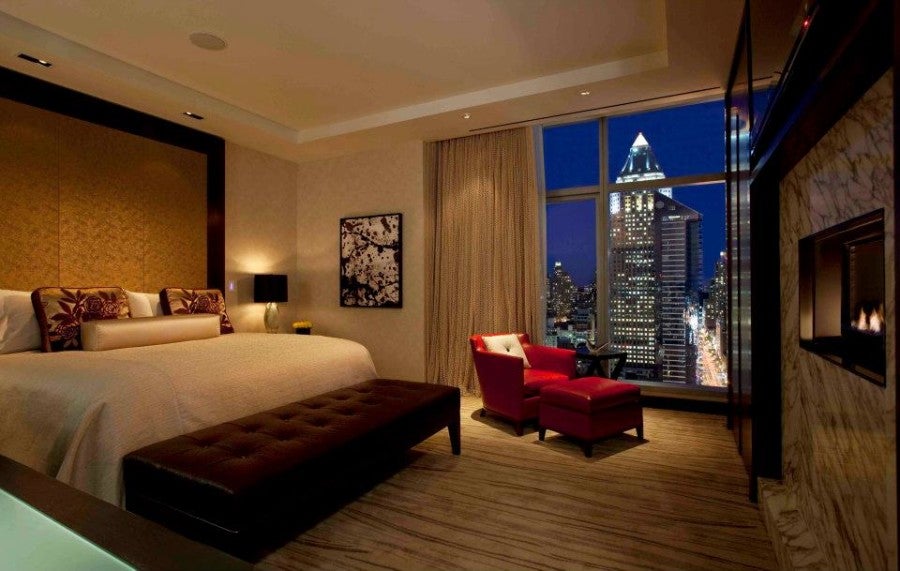 Evaluating IHG Rewards Club and Other Auction Programs
This post contains references to products from one or more of our advertisers. We may receive compensation when you click on links to those products. Terms apply to the offers listed on this page. For an explanation of our Advertising Policy, visit this page.

Airline and hotel program auctions might be an easy way to blow hundreds of thousands of points without even taking a trip, but they also offer exclusive experiences that you couldn’t otherwise buy. Today, TPG Senior Points & Miles Correspondent Jason Steele explores one such auction program, IHG Rewards Club.

Last week, I showed you how United's MileagePlus Exclusives auctions off some truly unique experiences, like a chance to pilot a United Airlines full-motion aircraft simulator. Today, I want to tell you about a newly created auction site from IHG Rewards Club, and take a look at some of the other auctions offered by airline and hotel loyalty programs.

Intercontinental Hotels Group offers its IHG Rewards Club, which it just released in April. So far, auctions have included:

According to Monica Brosman, IHG's Manager of Corporate Communications, some of the experiences are exclusive opportunities, while others are available for sale. She explained,"This is just a taste, but we will have a much broader offering this summer and later this year. We'll also have more once-in-a-lifetime experiences that we're really excited to share!"

There are three primary ways to earn points in the IHG Rewards Club:

1. Using the IHG Rewards Club Select Credit Card from Chase. This card currently offers a sign-up bonus of 60,000 points after you spend just $1,000 within three months of account opening. You'll earn 5x points at IHG properties and 2x at gas stations, grocery stores and restaurants. The other great perk of this card is the free night certificate earned each year. There is a $49 annual fee for this card that is waived the first year.

2. Transferring points from Chase Ultimate Rewards. You can transfer points earned with a Sapphire Preferred or an Ink Plus Business credit card to the IHG Rewards Club program on a 1:1 basis. The Sapphire Preferred offers double points on all travel and dining purchases, while the Ink Plus offers 5x on your first $50,000 spent in combined purchases each cardmember year on office supplies and on telecommunications services. 2x points are earned on up to $50,000 spent in combined purchases at gas stations and hotel accommodations (when purchased directly with the hotel).

Like other auctions, IHG requires that you have enough points in your account before you can bid. And like competing programs, IHG Rewards Club has taken a step to curtail bid sniping (something I mentioned in last week's post about United MileagePlus Exclusives). The terms state: "If a bid is placed in the last 5 minutes of an auction, Auto Bid Extend automatically extends the auction for 5 minutes. Once all bidding has stopped for 5 minutes, the auction closes."

So not only does this mean that bid sniping cannot be used very effectively, it also means that the end time of an auction is not fixed, just like a live auction. So you can think of this as having an auctioneer saying "Do I have a higher bid?" for five minutes before declaring a winner. But the website also shows the bid history of previous auctions, so I can see that it doesn't appear that most had their ending extended for a bidding war — at least so far.

While IHG Rewards Club is new to this game, others have been around for some time. Nearly three years ago, TPG looked into Redeeming Miles and Points for Auctions and Experiences and found that even when the experiences were not completely unique, there were some fantastic deals to be had from auction sites.

Here are some of the other auctions that you can win using points and miles:

Alaska Mileage Plan Auctions. This site's homepage states that it "does not currently offer auctions on a regular basis, but you never know when that once-in-a-lifetime auction package might show up." The last auction was an opportunity to participate in a charity event with Seattle Seahawk Russell Wilson.

American Airlines AAdvantage Auction. This site appears to be inactive, with the last auction having been won back in 2013.

Delta SkyMiles Experience. This auction site appears to be active with a mix of widely available ticket and vacation packages (like two tickets to an Atlanta Braves game, and a parking pass) as well as some exclusive opportunities such as:

Very few rules are published, but auction members must login, register and have sufficient miles in their account when bidding and if they win.

Hilton's auction site looks to contain a mix of publicly available and exclusive opportunities, as well as buy-it-now and auction formats. Available events include:

This auction program is how TPG realized his Favorite Use of Points Ever, a VIP experience with the NY Knicks. Auctions also include cultural events and concerts such as:

Like with eBay, SPG moments allows you to submit a maximum bid that you are willing to pay, and ups your bid automatically until that price is reached.

Of course, you're likely to get the best value for your miles by redeeming miles for premium-cabin travel. For example, the same number of miles required to spend a few days at United's A320 simulator can buy you a round-trip first-class ticket to pretty much anywhere in the world. Still, if you're swimming in millions of points and miles and you'd rather redeem for a once-in-a-lifetime experience than yet another long-haul flight or five-star hotel stay, these auction programs can be a good bet.