Articles
Lori Zaino is a writer for TPG and TPG UK covering travel, news, points and miles and more. She's been based in Madrid, Spain almost 15 years and is an expert in travel throughout destinations such as Europe, Southeast Asia and Africa.
Follow
Dec. 26, 2014
•
8 min read 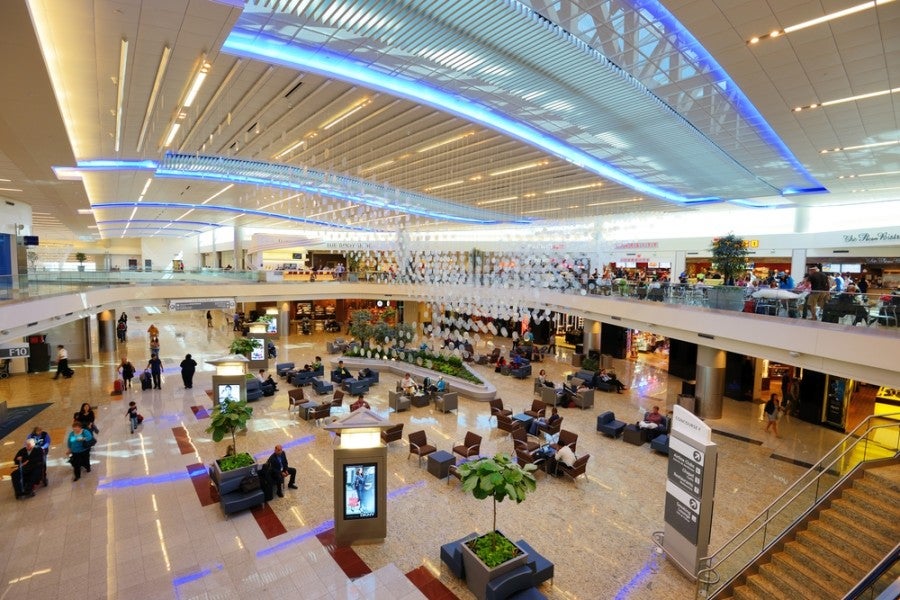 Layover Lowdown: Hartsfield-Jackson Atlanta Airport
This post contains references to products from one or more of our advertisers. We may receive compensation when you click on links to those products. Terms apply to the offers listed on this page. For an explanation of our Advertising Policy, visit this page.

Our new "Layover Lowdown" series features airports and destinations around the world where you're likely to be stuck between flights. The TPG team will offer tips on navigating and spending time in the airport, as well as some things to do if you find yourself with time to explore the nearby city. Today, TPG International Contributor Lori Zaino guides us through the Atlanta airport and some noteworthy nearby attractions.

Delta hub Hartsfield-Jackson Atlanta International Airport (ATL) is the busiest airport in the world for take-offs, landings and passenger traffic, accommodating almost 100 million passengers per year. If you find yourself here on a layover, there's no lack of things to do, the Sky Train inter-airport transport allows you to quickly travel between terminals—and you certainly won't be alone, anywhere.

If you’re moved to worship, ATL has three InterFaith chapels (Terminal F, E and Atrium). For those who want to place their focus elsewhere, WiFi is available throughout the entire airport, free of charge.

The airport art program features 250 permanent works installed throughout the airport, including 20 sculptures from Zimbabwe. If you’re lucky, you might catch one of ATL's four annual concerts in the Atrium, and if you're a smoker, know that ATL is one of the few airports in the U.S. that still offers smoking lounges, with one in each terminal.

A 1,000-square-foot dog park is located in the Ground Transportation area of Domestic Terminal South outside of doors W1 and W2, and there's another, smaller one in the International Terminal outside door A1. The airport also has an interactive website dedicated to kids and teens, complete with airport history and activities designed to keep them entertained.

A variety of airline lounges are also available, including a Delta Sky Club on every concourse. If you'd prefer to kick back/work in style but don't have a first-class ticket or elite status, shell out $35 for a day pass to The Club at ATL, a well-appointed independent lounge located in Concourse F at Gate B16 on the Mezzanine level. If you'd rather get some shut-eye or simply be blissfully by yourself, visit Minute Suites on Concourse B where you can nap, surf the web, shower or simply relax in 15-minute to all-night increments.

Store your luggage at Wrap-a-Bag in South and North Terminals, where prices start at $4 per day.

The international terminal has makeup/skincare favorites like Kiehls and MAC in case you need a quick beauty fix before before boarding a long international flight. If you need to make a last-minute charger or camera-equipment purchase, seek out the Best Buy Express shops located in several terminals. High-end designer boutiques like Michael Kors can be found in Terminals E and F, and you'll find a Salvatore Ferragamo in Terminal A.

For a traditional Southern bite, try some fried chicken or catfish at Paschal’s (Concourse A food court and the Atrium). One Flew South (Terminal E) is one of the most well-known airport restaurants, and here you can have a sophisticated dining experience featuring Asian/Southern fusion cuisine. Try the traditional sushi or or the flavorful pork belly slider, and note you can take food to-go if you're rushing to make that flight. Wolfgang Puck Express (Terminals D and T) is a slightly healthier alternative to traditional fast food, enabling you to make your own salads or order fresh sandwiches.

Travel To the City Center: Using the Metropolitan Atlanta Rapid Transit Authority (MARTA) station that's set beside ATL's baggage claim, you can be in the city center in about 20 minutes. Take the Red or Gold Line (also called the South Line) into the city center--stops like Five Points, Buckhead or Arts Center. ($2.50 one way).

If You Have Half a Day: Take the MARTA to the Arts Center stop, and from there, walk over to the High Museum of Art to enjoy the current special exhibition on Cézanne and the Modern until January 11, 2015. The Atlanta Botanical Garden is also nearby if you'd prefer to spend your layover out in the fresh air.

If You Have a Whole Day: Family-friendly attractions include the Georgia Aquarium and the World of Coca-Cola, the latter of which features a tasting room as well as a memorabilia gallery. The one-hour Inside the CNN Atlanta studio tour, for which tickets can be reserved in advance, is the perfect way to see the inner workings of a newsroom, and no visit to Atlanta is complete without a walk through Centennial Park for some Olympics history. These activities are conveniently located near the Peachtree or Civic center MARTA stops, and within walking distance of each other.

If it's bars and restaurants you're after, take MARTA to the King Memorial or Inman Park stops to explore the trendy Old Fourth Ward District, where before or after visiting the Martin Luther King Jr. National Historic site, you can dine in happening eateries like 4th & Swift, Spice to Table, Japanese Craft Izakaya or raw bar/brasserie The Luminary.

If You Have the Night: Staying close to the airport isn't a problem as you have a few options to choose from. The most luxurious is the Renaissance Concourse Marriott, which offers 387 soundproofed guest rooms with private balconies; for the plane-obsessed, many rooms come with airport views. Airport transfers are included with your stay, and room rates start at $189 or 20,000 Marriott Reward points per night. Other ATL-area hotels include the Hilton Garden Inn Airport North and the Atlanta Airport Marriott.

For a trendier, more vibrant experience, the SPG Category 4 W Buckhead is located near plenty of shopping and dining at the Lenox Mall. The Whiskey Blue Atlanta rooftop bar whips up signature cocktails, and guest rooms offer the W's signature Bliss amenities, as well as a 32" plasma TV, Tivoli clock/alarm/radio with iPod docking station, and a well-stocked media library. Room rates start at $212 or 10,000 Starpoints per night.

If you are hoping to be near all the main tourist attractions, the SPG Category 4 Westin Peachtree Plaza is an ideal spot, as its just steps away from the CNN Center and the World of Coca-Cola. Featuring 73 stories and 1,073 guest rooms, the hotel has been recently renovated with new Heavenly Bed duvets, 42" flat screen Vizio HD televisions and new window treatments. The famous Sun Dial restaurant features a rotating cocktail lounge and restaurant with 360 degree views of the Atlanta skyline. Room rates start at $275 or 10,000 Starpoints per night.

What are your favorite attractions in Atlanta, both in and out of the airport?
[card card-name='Chase Sapphire Preferred® Card' card-id='22125056' type='javascript' bullet-id='1']