Insider Series: What It's Really Like To Be a NYC Uber Driver 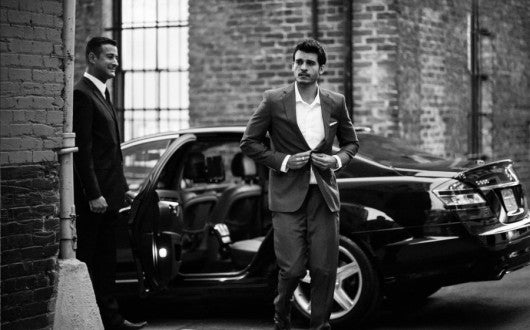 Insider Series: What It's Really Like To Be a NYC Uber Driver
This post contains references to products from one or more of our advertisers. We may receive compensation when you click on links to those products. Terms apply to the offers listed on this page. For an explanation of our Advertising Policy, visit this page.

Uber is one of my all-time favorite travel apps because it allows you to hail private cars and taxis directly from your smartphone. Ever wonder what it's like to be an Uber driver? Here's a behind the scenes, anonymous report from a New York City Uber driver as part of our new Insider Series. Here's what they have to say about driving for Uber.

If you haven't joined Uber yet, you can sign up here to get your first ride up to $20 free.

I started working for Uber in New York City in March of 2012 when Uber was about a year old. Drivers were initially hired for their experience with house limousine services, ethics and knowledge of the city. When Uber was brand new and not so widely known, people were skeptical and uncertain of the product. A gentleman at Battery Park called for an Uber back in the early days, and when I picked him up, he hopped in the car and told me that he only called to see if it really worked.

How The Rating System Affects Drivers

At Uber, drivers don’t expect an additional tip—instead you rate your driver on a scale of one to five stars. Riders base their rating of the driver on knowledge of the town, driving ability and attitude. Initially, the ratings grew worse when people rode during price surges and heavy traffic. The bad ratings were results of the price of the ride, power play between drivers and riders, traffic jams, what route was best to take, car smells, cleanliness, if we talked, if we didn’t talk, if we had gums and lotion in the car or if we drove too fast or not fast enough. Basically, whether or not you liked us.

Drivers care a lot about their ratings. We work like busy bees in constant traffic jams. People are moody, unhappy and high maintenance. We hear everything from the passengers—the girlfriend did not say the right words, the deal at work did not come through, the boyfriend was cheating, the roommate did not pay his rent.

After the novelty of the app wore off, clients had to pay their credit cards bills and with that came a constant stream of complaints over pricing emailed to customer services at the Uber home base. The drivers were easy to blame. There is simply a gap between how we look at people in this world and how we love our technology, and often times Uber users don’t think the drivers are qualified to drive them.

Because of so much bad blood in the ratings system, Uber eventually changed its policy over firing drivers. A lot of great drivers were eliminated because their ratings went down too fast. Uber advises drivers to be professional, and they understand riders are not always rational. They don’t cut drivers as fast anymore.

Trouble with the App

The Uber app service has a solid business backbone, but its reliability is flaky. The GPS does not always give an accurate location, and therefore riders don’t always get their cars fast enough. A fellow Uber driver in Boston told me a story about his third day on the job when he looked for his pickup for 45 minutes without success. As it turns out, this rider was actually calling for a ride in Chicago—not Boston! The rider had been in Boston the previous day and was using the same map, but the hit was wrong.

On The Job Stress

Driving for Uber is a highly stressful occupation, especially in New York City. I stopped drinking coffee, eating sugar and got on a gluten free diet. We deal with elements of unpredictability, the volume of cars on the road, the rush hours going in and out of the city, the stressful life of business people, high-profile personalities, pollution, weather conditions, app failures, airport appointments and road construction.

Just as Uber’s been criticized for riders getting into a stranger’s car, Uber drivers are also vulnerable. We’re picking people up on the street and don’t know whether our client is an educated Uber user or a serial killer.

Uber clients have it a lot easier. Just get into the car, sit back and relax, open the windows or use the AC and choose from FM, AM, Sirius radio or blast your iPod and charge your phone. We have water if you’re thirsty, tissues, hand sanitizer, and we’ll help you with the luggage and open your door. We’ll use Waze or Google Maps to check on the traffic to get you to your destination. When people can’t decide if they’ve received satisfaction for their money, the tendency is towards randomness in the rating system, which doesn’t address all of the problems or the great rides people get.

Yes, you can say I work hard for my five star rating, and I care very much.