How to Use Airline Miles to Get to Alaska

To wrap up my series on Alaska I’m going to cover some good ways to to use airline miles to get there.  While booking a trip to Alaska on miles isn’t near as complex as booking an around-the-world journey or similar, there are still several different options to get there with some choices costing fewer miles than others.  I’m pretty passionate about how amazing of a destination Alaska is for families, so if you want to get a taste of how awesome it can be, take a peek at a few of my posts below. 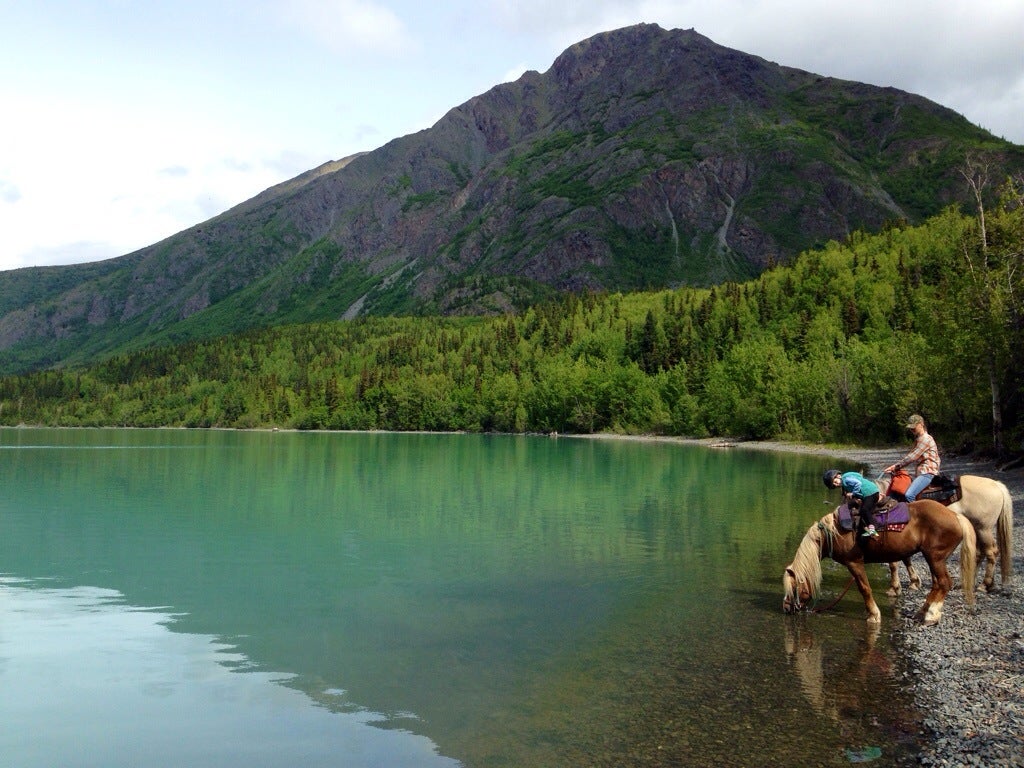 Flying Seven Hours with a Kid to Alaska

Don’t Wait Until You are Retired to Visit Alaska

Fun Activities for Families Near Anchorage

Even though Alaska is in the United States, it isn’t treated like it is part of the lower 48 by all programs.  This means that even though it is a domestic flight, it can cost more miles than say a flight to Nebraska with programs that put it in a different zone.  Naturally programs that use a distance-based chart aren’t usually a great choice for trips to Alaska if you live on the East Coast since it is over 3,300 miles one-way from New York (just shy of the distance from New York to London).  However, not all programs group Alaska in a different zone from the rest of the lower 48 so it pays off to be strategic – here are a few tips. 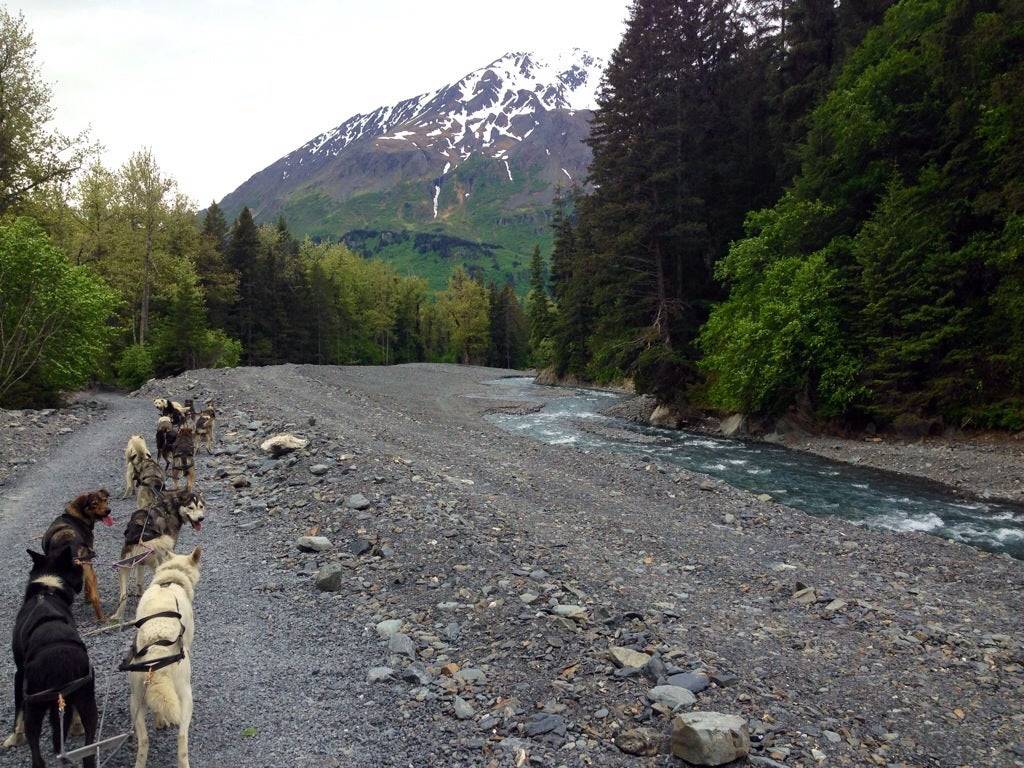 Even the heading sounds confusing, essentially Korean Air has an award chart sweet spot for their partner Alaska Airlines where you can fly round trip within the lower 48 or Canada for 20,000 miles round trip in economy or 40,000 miles in first class.  That is pretty solid by itself, but they also allow one stopover on your journey.

This means you could fly from Houston to Seattle (stopover) and then continue on a few days later from Seattle to Anchorage.  When you are done in Alaska you can fly right back to Houston without a stopover.  Alternatively, if you wanted to use your stopover to check out different areas of Alaska you could use Anchorage as your stopover and then continue on to Nome, Fairbanks, or any other Alaska Airlines destination.

You can transfer Ultimate Reward points from the Ink Business Preferred Credit Card or Chase Sapphire Preferred® Card to Korean Air to book this type of award.  However, before you do I would read this report on the process of booking a Korean Air award as it is a bit different than using most US frequent flyer programs.

Here are some guidelines for Korean Air redemptions on Alaska:

American Airlines still classifies Alaska along with the lower 48, so it is the regular 25,000 miles to book an economy award ticket.  You can fly American Airlines, US Airways, or Alaska Airlines operated flights as part of an American Airlines award ticket.  This means you have a decent number of flights to pick from.  Some American co-branded credit cards also give 10% of redeemed miles back so that can drop your effective cost to 22,500 miles for a round trip.  You can book all of those partners on American’s website.

You could have enough miles for a family of four to Alaska just by meeting the spending requirement on the 100,000 mile American Airlines Executive Airlines MasterCard.

Book on Delta or Alaska Airlines via Delta SkyMiles – 25,000 miles round trip

It can be tough to find availability at the lowest saver level on Delta-operated flights, but since Delta also partners with Alaska Airlines then you can use Alaska Airlines operated flights that are available at the lowest saver level for just 25,000 miles round trip each.  That’s a pretty solid use of Delta SkyMiles in my book and you can even book online via Delta’s website!

I have seen Alaska Airlines credit cards offered by Bank of America for as high as 50,000 sign-up bonus miles, but currently it seems that around 25,000 miles is the norm.  Still, that is enough for a round trip ticket to Alaska with up to two stopovers.  You can also transfer points from the Starwood Preferred Guest program if needed.   Having the Alaska Airlines card also gets you a coach Companion Fare from $118 which means that your companion can fly with you on an Alaska operated flight for just $118!  That isn’t free, but it can be a good way to help get a family to Alaska for less.

This means you have lots of sources to accumulate enough miles for your family to book via Singapore Airlines.

Book Using United Miles for 35,000 miles round trip, but…

As I mentioned, United has now put Alaska in a different zone from the lower 48 and tacked on an additional 5,000 miles each way for the redemption.  This means it will be 35,000 miles round trip in coach.  The only upside to this is that the “free one-way” that is used on some international redemptions between different zones also currently works to tack on a free one-way for United redemptions to Alaska.  This means that using United miles to get to Alaska isn’t a bad option if you can add another flight on to the itinerary.  For example, I could book Houston – Anchorage – Houston – (months later) New York for the same 35,000 miles as just going Houston – Anchorage – Houston.

As you can see there are lots of different options to get to Alaska using airline miles.  I’m sure I have left out some options, but these choices should give you a great start to take your family to that awesome state without breaking the bank.  I know my family is actively working on the most cost effective way to get back!  Later this week I will share the final post in the series – using hotel points to bring down the cost of lodging in Alaska.

Disclosure: I do receive a commission if you are approved for a credit card using one of my affiliate links.  The opinions expressed here are mine and not provided, reviewed, or commissioned by any company.

Summer Hull aka Mommy Points, ran the Mommy Points site for families who want to travel more for less using miles and points for seven years and now heads up TPG Family when she isn't exploring the world with her own two girls.
You might like
Royal Caribbean CEO on a return to cruising: ‘We feel as if we’re close’
News
5h ago
The major US airlines rebounded in June — but it wasn’t all good news
News
7h ago
Join the next TPG Talks webinar on COVID-19 credit card strategy, brought to you by Grubhub
News
9h ago
Chase Sapphire Preferred® Card