My New Journey: Learning to Travel With a Pet 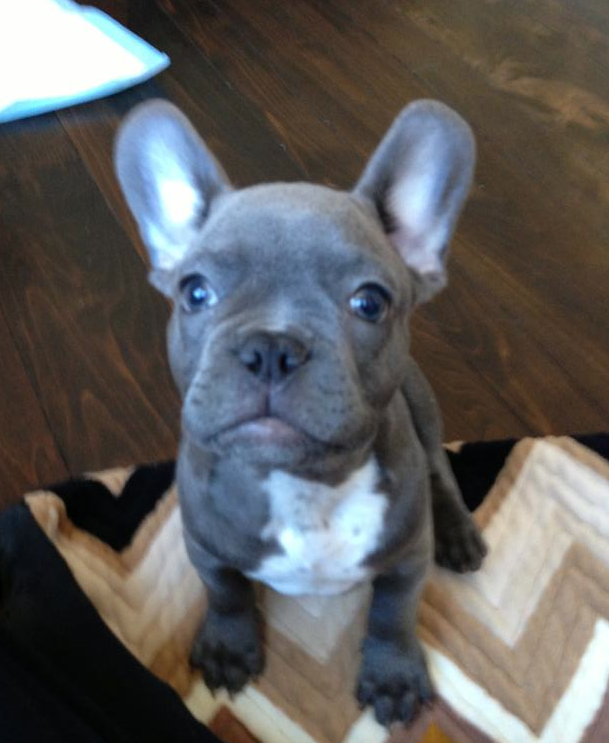 My New Journey: Learning to Travel With a Pet
This post contains references to products from one or more of our advertisers. We may receive compensation when you click on links to those products. Terms apply to the offers listed on this page. For an explanation of our Advertising Policy, visit this page.

If you've been following me on Twitter or Instagram...or pretty much any social media, you'll know that I recently welcomed a new member into the TPG family: Miles (get it?), my new 3.5 month old French bulldog. My two weeks as a new "parent" have been a real blessing, though at times exhausting.

I've always been a pet person - I grew up around dogs and volunteered at the Animal Rescue League in college. It's really amazing what cheer they can bring into your life and it's been said that pet owners live longer. Whether you believe that or not, WedMD lists some of the top benefits of owning a pet here, like keeping blood pressure in check, which should come in handy for dealing with certain airlines and their mind-blowing customer service failures! Even though I live a non-conventional lifestyle (working from home and traveling a good amount), I'm determined to give Miles the best life possible while doing some travel with him as well.

Some people think it's crazy that I got a dog since I travel so much, but here's how I think about it:

1. I work from home so I'm with him all day most of the time, so I see Miles more than most other pet owners see their pets.

2. Most of my travel is domestic and among the hubs of New York, Miami and Los Angeles, which gives me a lot of options when choosing how to fly with him.

3. He will end up around 20 lbs, so he will always come in the cabin with me.

4. When I do have to travel internationally, I have a great network of family and friends who have agreed to care for him, though I've already talked to several traveling dog owners who have taken their dogs abroad in the cabin without issue, which I'd only do for longer trips.

So as you can see, I am rethinking the way I travel so I can bring him along with me as much as possible. Even bringing a dog to Europe isn't as hard as you might think it would be- quarantines don't exist in many countries as long as your dog is vaccinated and healthy and I'm doing a lot of research and not doing anything to put his health in danger. For example, I won't cargo check him since so much can go wrong and bulldog breeds can have breathing problems- especially in unregulated temperature environments.

Despite all my research, I'm a little bit nervous to travel with him for the first time. I'm a frequent traveler and I have a groove and routine of my own that I'm comfortable with, but all that will change - I'm sure you parents out there can relate...and then some! Getting through security and boarding is a whole new set of issues now. Luckily, I have spoken to a lot of people who fly with their pets, and most say it's not as difficult as you think. I'm already getting Miles trained to be comfortable in a travel carrier, which he loves to ride in in the car, and he's happy and doesn't even make a peep, so I'm confident he'll be okay on the plane.

My first flight with him will be from New York to Miami this week - a route on which I have seen a lot of pets before. I chose this specifically because the flight is fairly short, and it will be easier to monitor his food and functions so that he doesn't have any "potty" issues on the trip.

That said, I am still very new to this. As you'll see, I've created a new Pet Travel category, in which I plan on writing about different aspects of pet travel, and I hope you'll all contribute ideas, tips and advice as I start traveling with him more and more.

Based on my upcoming trip, the things I already know include:

-I'll have to pay $125 to take him on a domestic American flight
-He must have his own reservation
-The airline allows only 2 pets per cabin per flight, and you must register them in advance. Although I wonder how often these quotas are actually enforced since I've been looking at lots of flights and there hasn't been an issue registering him for any of them.
-I actually have to pay the fee at the airport, which means I need to arrive a lot earlier than normal.
-The pet must be able to fit in a container that goes under the seat in front of you, and they must be able to turn around completely within the container.
-Their container counts as a carry on.

I have also met many people who get their dogs certified as "emotional stress dogs," which is ethically debatable (I'll get to this in a later post), but if you do that, they don't have to fall within the airline's limits and there are no fees. Plus it's a relatively easy and cheap qualification to get. Emotional stress dogs are separate from service dogs, which require a lot more discipline and training and clearly would not be something I'd try to do.

Miles and I are off to pack for our first trip together, but in the meantime if you have any travel tips for us, please share them in the comments below. And if you're flying with me, don't worry, I can almost guarantee that my dog will be better behaved than most of the other first class passengers!
[card card-name='Premier Rewards Gold Card from American Express ' card-id='22035076' type='javascript' bullet-id='1']