Basic Brooklyn at $39 a Night: A Review of the Gowanus Inn and Yard 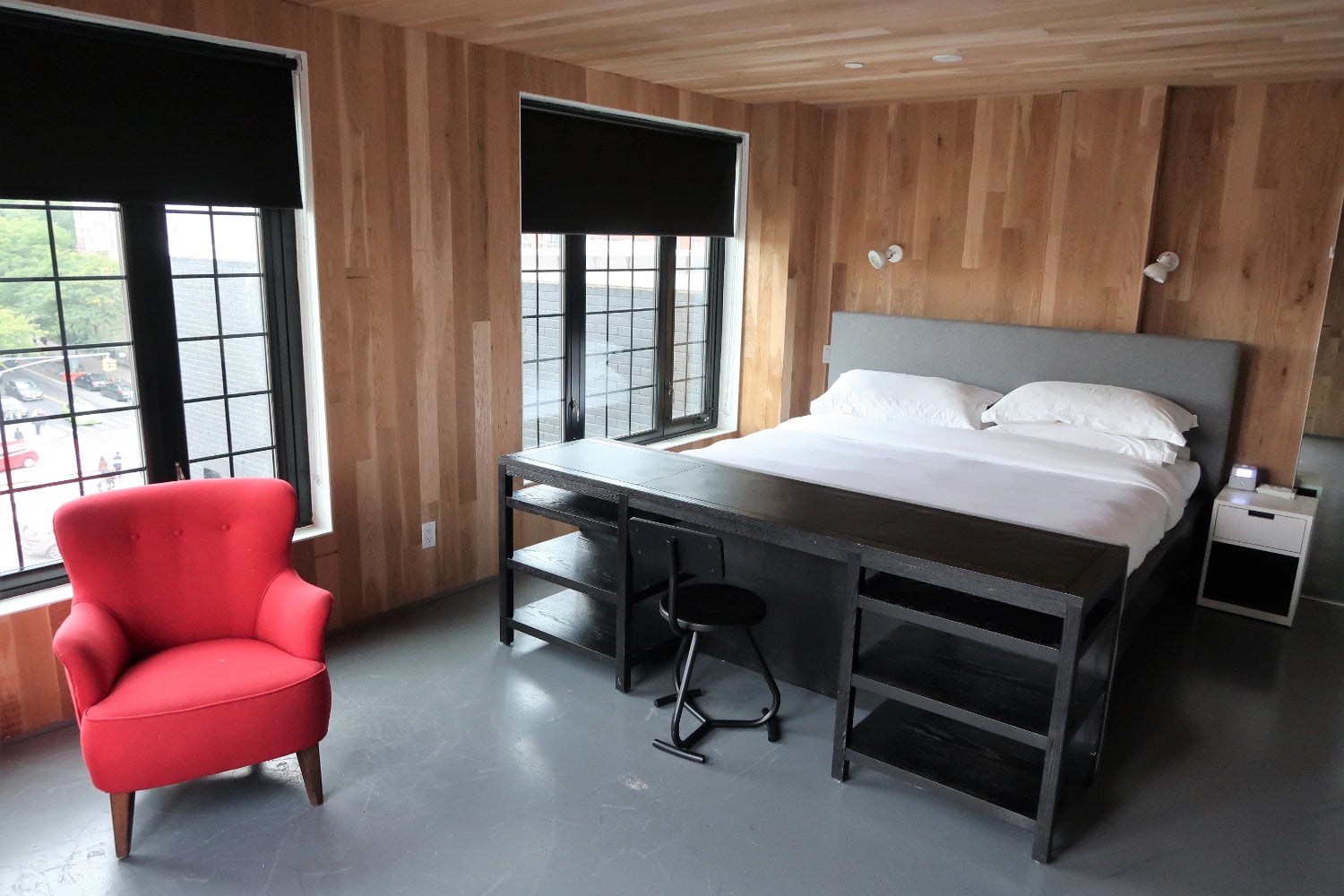 When searching for an award night in a city that generally features expensive cash-and-points options, I usually make my first stop the Choice Hotels website, where good-value award nights can often be found. But the downside is that award-night prices vary based on season, so a hotel that cost 8,000 points one day may cost 25,000 points a few months later. This was exactly the case with Gowanus Inn and Yard, a member of the Ascend Hotel Collection, which was a sweet spot in the Choice Hotels award chart for much of September, October and November.

Before we get started: This review isn't like most you'll find on TPG. The 76-room Gowanus Inn and Yard, which opened in November 2017, isn't an aspirational property, and it feels more like an independent hotel than a Choice Hotels property. But it was an excellent redemption for a few months that showed the value and potential of Choice points. With this in mind, here's my experience booking and staying at Gowanus Inn and Yard in Brooklyn, New York.

This stay was no different: I booked the property's best suite for an average of just 6,500 Choice points per night. TPG's latest valuation pegs the value of these points at $39 per night.

Obtaining Choice points can be difficult. The best way of getting Choice Privilege points is through the Choice Privileges Visa credit card, currently offering 32,000 bonus points for spending $1,000 in 90 days. Or you could use Choice’s latest buy-points promotion to buy Choice points for 0.88 cents per point, meaning 8,000 points would only cost $70. Alternatively, you could transfer American Express Membership Rewards points at a 1:1 ratio, but that would be a relatively poor use of a valuable currency.

Gowanus Inn and Yard is in the Gowanus neighborhood of Brooklyn in New York City. Gowanus is a developing area, but there were many trendy bars, casual eateries and funky music venues. The hotel was a few minutes' walk away from R subway station and a 15-to-20-minute walk from the Barclays Center. Without walking far or transferring trains, I could get to TPG's office in Manhattan's Gramercy Park in 30 to 40 minutes.

We'd booked this room under my husband JT's account, since he was working toward Choice Platinum status. But he ended up needing to spend another night in Los Angeles, so I arrived at the hotel without him. He called the hotel the night before to make sure I could check in without him, but was told that he might have to call again when I arrived.

I arrived around 8pm to check in and had no issues, since the "payment was already settled" — which seemed like a strange way to say we were staying on award nights. I found out from JT later that the check-in agent had called him after I left the front desk to make sure my check-in was OK with him.

We'd booked a one-king-bed suite and were given Room 504. There were only four rooms on the fifth floor, and the map indicated that all four rooms were suites. Although the suites were much larger than the normal rooms, they were really just large rooms with a seating area.

The king bed was the highlight of the otherwise exceptionally bland room, and was one of the most comfortable hotel beds I've slept in during my last year and a half living on the road.

There was a nightstand with an alarm clock on the righthand side of the bed. The light on the alarm clock was so bright that I had to cover it at night to sleep.

There were two reading lights above the bed and outlets for three-prong US plugs and USB plugs on both sides of it.

Next to the king bed was a large closet with drawers, shelves and hanging areas.

Between the closet and the bed was a full-length mirror with two hooks. These hooks were surprisingly useful for coats.

At the foot of the bed was a large wooden desk with shelves. The chair at the desk wasn't particularly comfortable, though.

Nearby was a second desk that was better used as a counter, since it didn't have a chair.

Across from the counter was a seating area with two red chairs. These chairs were more comfortable than the desk for working.

Next to the counter was the bathroom.

The sink looked unfinished, thanks to the concrete counter and pipe-inspired faucet. Many times, concrete can look great, but here it was a little too industrial.

The Malin+Goetz toiletries were a high-end touch, and each a different scent. I particularly enjoyed the rum soap and peppermint shampoo.

The shower was large, and the shelf by the window was helpful for storing shower supplies.

Perhaps the best part of the suite, besides its comfortable bed, was the large patio.

I enjoyed standing on the patio and watching sunset a few nights.

But, I couldn't get the patio door to lock. I asked about the door lock at reception and was told that it locked automatically. I tested the automatic locking once JT arrived, and we found, as expected, that the door didn't automatically lock. The patio was shared with Room 503, but otherwise didn't seem easily accessible, so we tried not to worry about it.

The night I stayed by myself, I admittedly didn't feel the most comfortable. In addition to the patio door that didn't lock, there was also no peephole in the door, no phone in the room and little lighting in the hallways.

When the hotel was planned and constructed, it was supposed to feature a restaurant and bar in the cellar and areas for eating and drinking in a first-floor courtyard and on the roof. None of these plans came to fruition, though. On the fifth floor was the area where the rooftop bar would've been. You could easily wander out onto this rooftop using an unmarked door.

The amenities that were provided were limited and not well-communicated: I simply found things by wandering the property. For example, there was a coffee machine and ice machine in a sunken courtyard sitting area below reception.

The Gowanus Inn and Yard design feels — presumably purposefully — unfinished. The room floors are painted concrete, the walls are plain wood, and the bathroom features a pipe as a faucet. I wouldn't recommend paying the 20,000 to 25,000 points per night that are currently being charged by the hotel, nor would I pay the $150-plus cash prices per night. However, if the award night rate dropped to 12,000 points or below and I could snag one of the two king suites at this rate, then I'd likely stay at Gowanus Inn and Yard again.

Related stories
Why you should consider having both the personal and business Amex Platinum cards
Real ID requirements for air travel in US delayed until 2025
Another major cruise line to sharply hike onboard fees
Save money with these travel-related offers on your credit cards this month
Featured image by (Photo by Katie Genter/The Points Guy)
Editorial disclaimer: Opinions expressed here are the author’s alone, not those of any bank, credit card issuer, airline or hotel chain, and have not been reviewed, approved or otherwise endorsed by any of these entities.